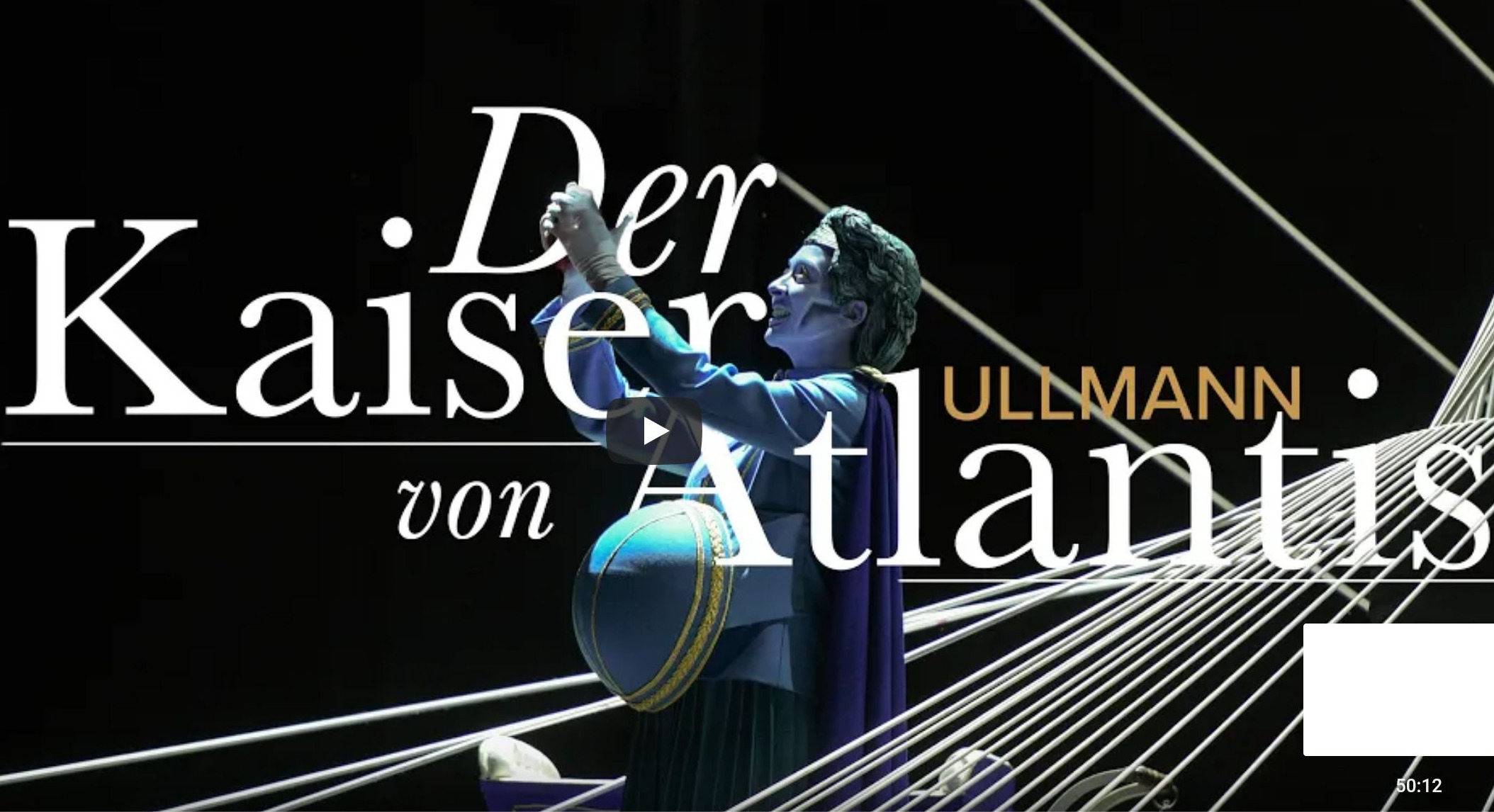 Have I got an Opera for you!

It has everything! It’s timely! Trenchant! Politically correct! and it’s less than one hour long!

It’s The Emperor of Atlantis, music by Viktor Ullmann, book by Peter Kien, who wrote it around 1943 to pass their time at the Terezín death-camp. The camp administrator forbade its performance, and its creators were duly destroyed, but the creation somehow survived.

It’s beyond odd: its characters include Death, a clown, a drummer, a loudspeaker, and the eponymous Emperor, who has walled himself off from reality to allow him to concentrate better on his job. The tone of the text is beyond sardonic: scabrous, gruesome, nihilistic, and searingly funny. It’s the model anti-opera, down to its badly scuffed untied boots.

In this spare, intense revival from the Opera am Rhein in Düssedorf, it fits our current national mood like an Iron Maiden. And at under an hour, it’s heaven-sent us for that dark hour when we reach for the bottle instead of the cyanide. I can certify that its wormwood-bitter flavor will help you get through the tensest four days we’ve faced since . . . whenever.

Roger Downey
Born in Canada moved to Peru's altiplano at the age of six; came to the U.S. at 10 to discover that you don't use your feet to dribble the ball. Learned from the git-go that "America" is an idea, not a place.
Previous article
Dept. of Dark Arts: Predicting Northwesterners who will get Jobs in a Biden Administration
Next article
Letter from Italy: A Deflated Country Locks Down Again