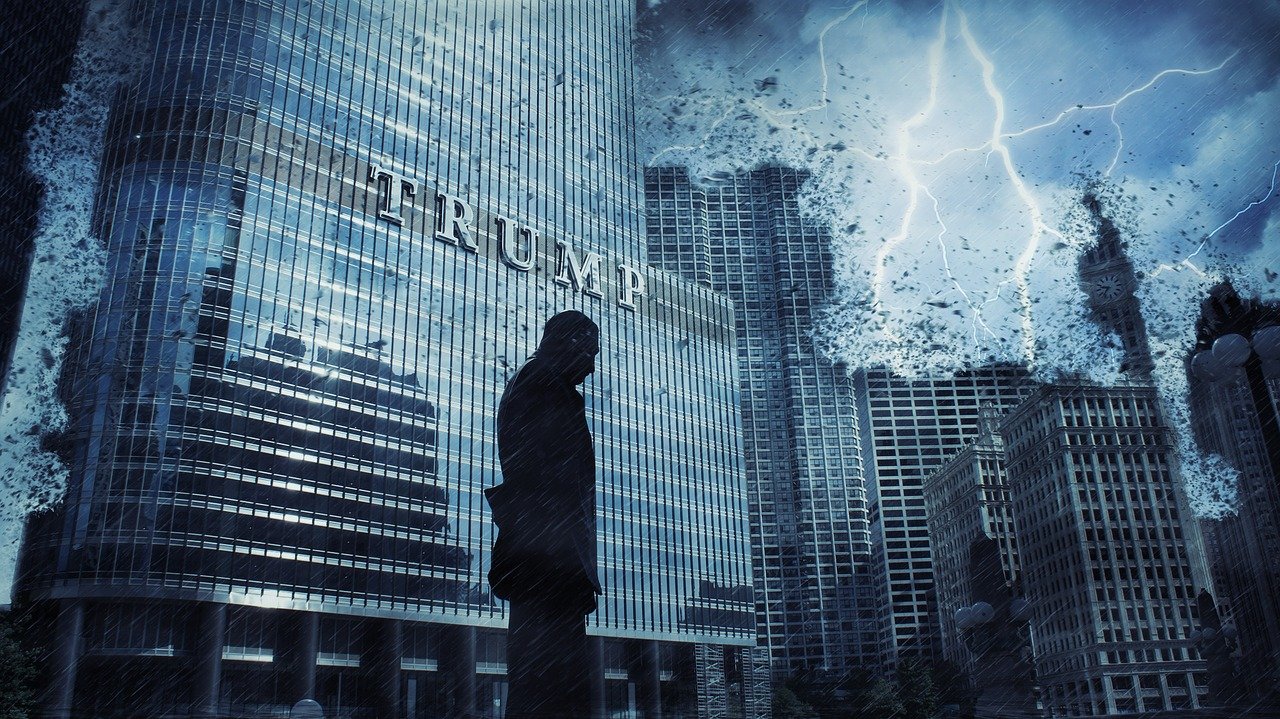 Donald Trump’s debts have made the news recently: he’s said to have $400 million coming due soon, and to have total debts of about $1.1 billion. His debts appear to be largely secured by his real estate holdings. This is not necessarily alarming for a business that develops and operates office buildings, hotels, and resorts—it’s normal to carry mortgages on such properties, service the debt out of operating income, and periodically roll the loans over. As long as income is sufficient and property valuation exceeds the size of the load, steady as she goes.

However, all three of Trump’s property categories—office towers, hotels, and resorts—are especially COVID-vulnerable. Trump’s office towers tend to be in downtown core locations: places where office occupancy is still down 80-90% in many cities, where tenants are asking for rent relief (or just going out of business), where rents and property values are declining, and where there’s talk of how “work from home” may persist long after the virus is vanquished, leading to permanently lower rents in downtown cores.

Hotels are also hard-hit by COVID-19: both business and vacation travel have collapsed and stayed that way: hotel revenues in 2020 have dropped by two-thirds. The same collapse in tourism is having a similar effect on resort properties such as Trump’s golf resorts, which were money-losers even before the pandemic. Servicing a loan isn’t so easy if the property is operating in the red, and rolling a loan over isn’t so easy if the property value has declined and is at risk to decline further.

Perhaps Trump’s relentless drive to “get this pandemic over with” is primarily driven by his business circumstances. He may believe that if he can jump-start at least the hope of herd immunity, he can accelerate at least the appearance of an economic rebound such that, by the time his loans come due, he can tell a good enough story about income and valuation that he’s able to roll over his loans on reasonably good terms. If the collateral damage of that is half-a-million dead Americans, well, it is what it is. If an incoming Biden administration is able to tame the virus sooner rather than later, one of the biggest beneficiaries could be Donald Trump.

Tom Corddry
Tom is a writer and aspiring flâneur who today provides creative services to mostly technology-centered clients. He led the Encarta team at Microsoft and, long ago, put KZAM radio on the air.
Previous article
Remembering Janice Niemi and All She Did For Women
Next article
A New Book Recalls How Rep. Julia Butler Hanson Powered Her Way Through Congress