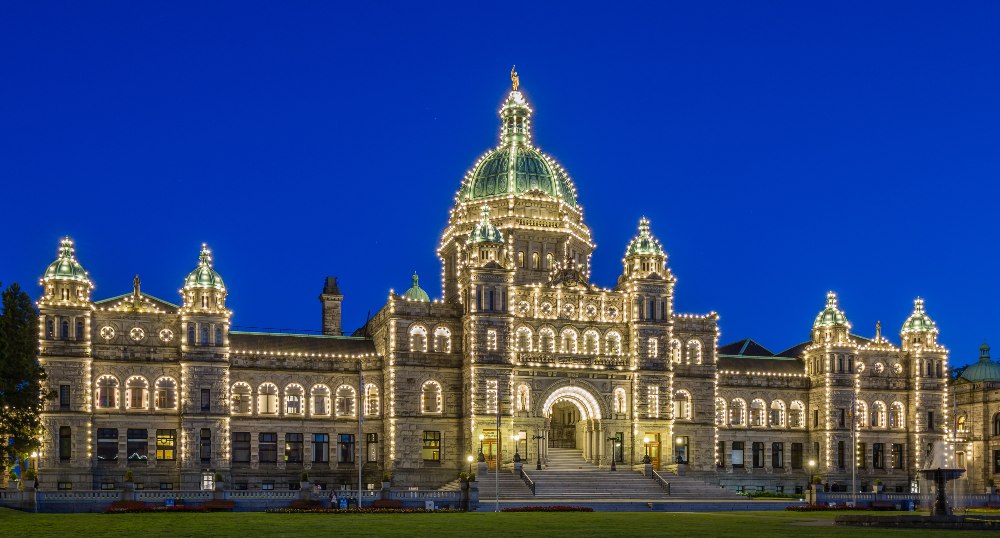 A BC Snap Election Gives Government a Reinforced Majority

The voters of British Columbia have given Premier John Horgan a clean bill of political health, largely because of his government’s cool, transparent response that has held the COVID-19 pandemic largely in check.

After holding office thanks to votes of three Green Party members of the B.C. Legislature, Horgan called a snap election for this past Saturday.  A big chunk of mail-in ballots must still be counted, but the Premier’s New Democratic Party has clearly won a 50-plus majority of ridings (electoral districts) in the 87-member Legislature.

The Province-on-the-Pacific has moved left, as have its West Coast neighbors Washington, Oregon, and California.  The New Democrats are a party rooted in democratic socialism. The NDP long occupied the opposition benches in Victoria.  Premier Horgan and Gov. Jay Inslee have made common cause on clean energy, and in opposition to the Trans Mountain Pipeline, a project that would bring a seven-fold increase to oil tanker traffic through the Salish Sea.

British Columbia has also copied trends in the political culture of its neighbors in “the States.”  Long a party of mill towns and cities, the New Democrats on Saturday swept suburban ridings in Burnaby and Surrey, captured seats in affluent North Vancouver, and won in exurban places such as Langley, Mission, and Chilliwack. They scored big with women voters.

The (not very liberal) B.C. Liberal Party, which governed from 2001 to 2017, is now pretty much a party of rural and interior British Columbia.  Its leader Andrew Wilkinson is a doctor, lawyer and Rhodes Scholar, but his public persona was as chilly as winds coming out of the Fraser Valley.

What does this mean south of the 49th Parallel, which Canadians and Americans cannot cross at least until November 21? The “Left Coast” of North America is increasingly urban, diverse, socially liberal, and climate conscious.  After witnessing forest fires in Northwest B.C., it was Horgan who said smoke and burns are “the new normal.”  Eighteen new members of the B.C. Legislature are Aboriginal First Nations or people of color.  Two likely stars of Horgan’s new cabinet will be Bowinn Marr and Ravi Kahlon, the latter a former member of Canada’s Olympic field hockey team.

The New Democrats have prevailed in just four of 14 provincial elections of the past 50 years.  Horgan will be the first NDP leader to serve two consecutive terms as Premier.  He is, according to polls, the most popular premier in the Great White North. Until the pandemic struck, B.C.’s economic growth was outpacing any other province in Canada.

The pandemic has hit hard, notably cratering the province’s tourism industry from cruise ships to wine tourism in the south Okanagan.  Neither the B.C. Lions nor Vancouver Canucks can fill stadiums these days, and the pandemic even cut into crowds of nude bathers at Wreck Beach near the University of British Columbia. It is hard to think of Vancouver without summer festivals. Horgan has promised $1,000 (Canadian) to every family in the province, or $500 for each individual, to bide British Columbians through a harsh winter.

The province’s pandemic response has won accolades from even The New York Times.  In leading the efforts Horgan took a low profile, leaving the spotlight to Health Minister Adrian Dix and provincial health officer Bonnie Henry.  The duo held daily briefings, explaining where new cases were coming from and urging social distancing.  The apolitical Henry became a national star, similar to Dr. Fauci, urging Canadians as people of the north to keep their cool and limit social interacting.

When the New Democrats took power in 1991, Premier-designate Mike Harcourt told the victory celebration: “Let’s party.”  On this past Saturday, appearing in a largely empty ballroom, Horgan said: “One thing we know for certain is that on Monday, I’m going back to work.  And we’re going to be putting people, business and others who are focused on getting through the pandemic at the front of everything we do . . . The challenges ahead are daunting, but I believe that if we focus on the things that matter to British Columbians, the things that matter to people. We will get through this.”

One of the New Democrats’ major election goals was to wipe out the Green Party, which had kept them in power.  Didn’t happen: The Greenies won two legislative seats on Vancouver Island, plus the mainland riding that includes Whistler Blackcomb.  Horgan will continue to be watched from the left.

Horgan and his government face other daunting challenges. The government must finally get going on a project to replace the overcrowded, dangerous 63-year-old Massey Tunnel, which carries thousands of commuters under the Fraser River into Vancouver.  The New Democrats promise a tunnel; the Liberals wanted to build a 10-lane bridge. The province also has an imploding “megaproject.”  Just before losing power, a B.C. Liberal government began construction of the giant Site C dam on the Peace River in northeast B.C. The New Democrats reluctantly decided to proceed given the “sunk” costs of the project.

After much covering up, B.C. Hydro has confirmed serious geotechnical problems that will boost cost of the project by billions of dollars. Horgan has punted, bring in an expert to, in Horgan’s words, “do an exhaustive report on the geotechnical issues as well as the cost escalation projects.”  Or as he put more directly, “we have discovered through investigations from engineers on site that there is instability on one of the banks of the river.” The project is on shaky financial ground as well with its $10.7 billion (C) budget and a completion date scheduled for 2024. Horgan conveniently put off delivery of the Site C report until after the election.  He may still be forced to pull the plug, leaving a WPPSS-sized economic fiasco plus lasting scars to what was once a sublime stretch of river.

Still, the avuncular Horgan has lots of political capital at the moment.  With its own pandemic cases rising, the B.C. government is keeping the border door firmly shut.

An exhibit on the works of artist Emily Carr recently opened at the Royal British Columbia Museum in Victoria, just east of the Parliament Building and south of the Empress Hotel.  An American friend messaged Health Minister Dix asking when “Yanks” can cross the water and see it. In reply, Dix offered to send down a guide to the exhibit, since the border will stay shut for some time to come.

Joel Connelly
I worked for Seattle Post-Intelligencer from 1973 until it ceased print publication in 2009, and SeattlePI.com from 2009 to 6/30/2020. During that time, I wrote about 9 presidential races, 11 Canadian and British Columbia elections‎, four doomed WPPSS nuclear plants, six Washington wilderness battles, creation of two national Monuments (Hanford Reach and San Juan Islands), a 104 million acre Alaska Lands Act, plus the Columbia Gorge National Scenic Area.
Previous article
Seattle Leads in getting Denser. Is the rest of the Country Following?
Next article
Want Better Leadership? We Need to give our Leaders Executive Power