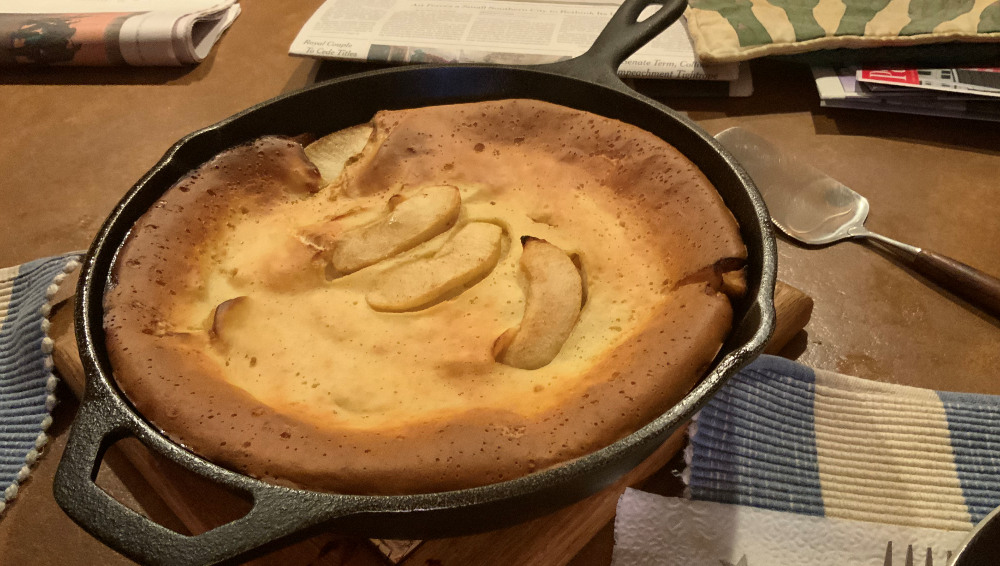 A Signature Dish for Seattle: Every City Needs One

U. S. and Canadian cities all have dishes they’re known for. Philadelphia has its Philly cheese steaks, New Orleans has its Po’Boy sandwiches, Chicago its deep-dish pizza, Montreal its poutine and Baltimore its crab cakes.

In New York City, the iconic dish is the humble bagel. But it’s not that simple. Take last January, 15, National Bagel Day, when New York Mayor Bill de Blasio caused an uproar. He declared his love for a bagel from Brooklyn’s Bagel Hole Bakery. So far so good; but he crossed the line when he said his go-to bagel was “whole wheat toasted and spread with extra cream cheese.”

A toasted bagel? That caused an immediate storm of anger. New Yorkers said that a good bagel should never be toasted. The dispute escalated, calling into questioning Mayor de Blasio’s culinary choices and even reminding them that their mayor had once been caught eating pizza — oh the horror — with a fork.

Bagelgate, although something of a tempest in a coffee cup, starts one thinking about other cities and their signature dishes. If New York ranks as the untoasted bagel capital and the home of hand-held pizzas, one can’t help wondering what’s Seattle’s iconic dish and how it should be treated.

Seattle, however, really doesn’t have one single signature dish. Oh, sure there is coffee, available everywhere in the home of Starbucks. But coffee is more of a beverage than a dish. Besides coffee gets very personal. Each consumer insists on an individualized order: a skinny latte, a macchiato, a caramel mocha and so on.

Then there’s Puget Sound salmon, tip of the sou’wester to the Pike Place Market’s flying fish. We’ve got many salmon preparations to choose from. It could be smoked sockeye salmon in tribute to Northwest natives. Or even cedar-planked salmon served at Salty’s restaurant, and Tom Douglas’s “rubbed with love” fillets, although his restaurants are shuttered for now.

Seafood ought to rank as a top candidate for a Seattle specific dish, something like clam chowder patterned after the creamy bowlful served at Ivar Haglund’s Acres of Clams restaurants and seafood bars. Competing with native clams, crab, oysters, and prawns as a possible Seattle dish are dozens of other municipal specialties. Take fast food choices like Dick’s burgers, Alki Spud’s fish and chips, and the Seattle Dog that comes slathered with sautéed onions and cream cheese.

Also not to be ignored are the many great dishes — pies, cobbles and scones — devised from the region’s superior fruits: the bountiful berries, the sweet Rainier cherries and oh, the many varieties of locally grown apples, topped by the brand new sweet-tart Cosmic Crisp.

What a food-lovers’ dilemma: Do we choose coffee, salmon, chowder or berry pies?  Or here’s another idea. If we’re serious about singling out Seattle’s iconic dish, how about Dutch Babies? That’s a take on the traditional German puff pancake served at restaurants around town.

Dutch Babies were once baked — even trademarked — at Manca’s, a family-owned cafe that thrived in Seattle during the first half of the 20th century. The dish, a pancake layered over thinly sliced apples or other fruit, was called Dutch Baby because Victor Manca’s young daughter mispronounced Deutsch, the word for German. Top a Dutch Baby pancake with a berry-based syrup and it would be a proper signature dish for any city.

Just one note of caution: no serious politico should ever order a Dutch Baby featuring out-of-state apples.  After witnessing Bagelgate in New York City, we wouldn’t want to risk Babygate in Seattle.

Jean Godden
Jean Godden wrote columns first for the Seattle Post-Intelligencer and late for the Seattle Times. In 2002, she quit to run for City Council where she served for 12 years. Since then she published a book of city stories titled “Citizen Jean.” She is now co-host of The Bridge aired on community station KMGP at 101.1 FM. You can email tips and comments to Jean at jgodden@blarg.net.
Previous article
COVID is Profoundly Changing Health Care
Next article
Seattle City Politics: Locked between the Left and Left-Left