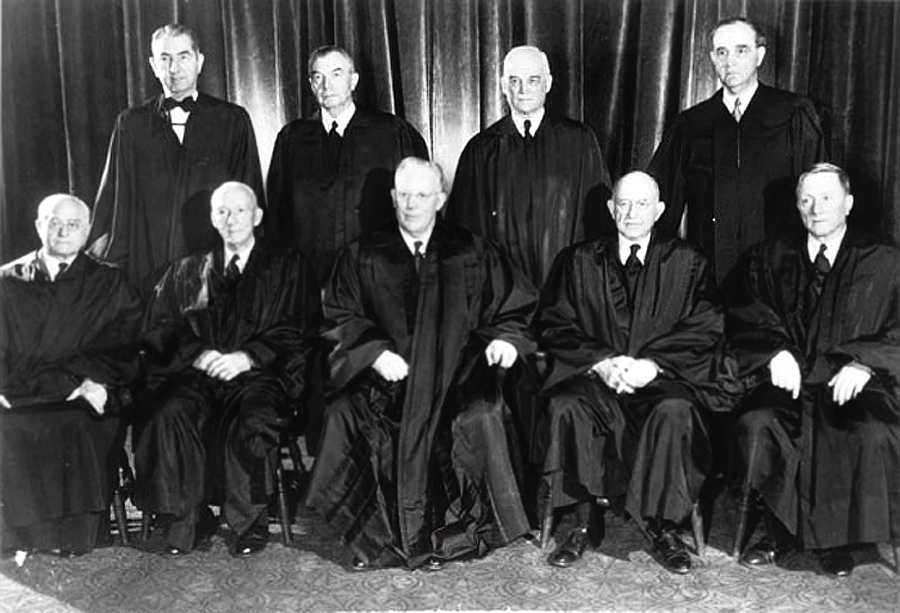 The Senate Judiciary Committee begins hearings today on the appointment of Judge Amy Coney Barrett to the Supreme Court. Her seat on the court will solidify its already very conservative majority.

National polls have shown that most citizens do not wish her, or anyone, to be appointed until after the presidential election. A few Democrats have argued that if Barrett is appointed, seats should be added to the Supreme Court to balance its philosophical views.

President Donald Trump and Vice President Mike Pence both asked their Democratic opponents in the recent debates whether they would pack the court, presumably with liberals. Both former Vice President Joe Biden and Sen. Kamala Harris danced around the issue, never answering the question. They should have told the truth: The court is already packed — with conservatives.

At no time was there a majority of Democratic justices on the court to write its majority decision. By going to the web link for each of the last three Chief Justices, you can see those numbers.

You couldn’t select chief justices who were more partisan.

When Trump warns the voters that Democrats would “pack” the court with liberal judges, he is basically saying he’s against the court sustaining liberal laws. But which ones? The three Republican-controlled Supreme Courts under Burger, Rehnquist, and Roberts have decided in favor of some major liberal issues.

Burger’s court with its Roe v. Wade decision recognized a broad right to privacy that prohibited states from banning abortions. They also unanimously rejected Nixon’s invocation of executive privilege in the wake of the Watergate scandal. Trump and some of the current Supreme Court justices have indicated they would not have supported those decisions.

President Ronald Reagan’s appointment of William Rehnquist as Chief Justice was approved with significant but divided Democratic support in the Senate, despite his role as the most conservative member of the Burger Court. Times were different then. Qualifications played a greater role than ideology. The Rehnquistcourt was more conservative than Burger’s, as evidenced by its decisions limiting access to abortion (while still allowing it). On the liberal side, they overturned a prior court decision by ruling that intimate consensual sexual conduct was protected under the Fourteenth Amendment.

John Roberts’ nomination as Chief Justice was approved by the full Senate, 78-22, with half of the Democrats voting in favor. It was considered a narrow vote at the time, but subsequent confirmation votes make it look like a landslide. The New York Times describes the Roberts Court as the most conservative since the 1940s. Nevertheless, a few liberal bills have received majority decisions.

The most controversial ruling upheld the constitutionality of the Affordable Care Act. Engendering more heat, the court also proclaimed that same-sex couples had a right to marry and that businesses cannot discriminate against LGBT people in matters of employment.

However, conservative decisions made thus far by the Roberts Court — and by prior courts under the two former chief justices — far outweigh the liberal ones. Often the more-liberal decisions were reached on a 5-to-4 vote. The addition of judge Barrett would make the Roberts Court even more rigid than it has been to date. So, it is inevitable that the court will interpret laws from the most conservative point of view possible. Even the few liberal remnants from prior conservative court decisions will be subject to further truncating.

How did this situation arise? There are a number of theories. One of the more meticulous explanations is provided by Prof. Nancy MacLean in her book Democracy in Chains. It details the influence of billionaires, like the Koch brothers, who have shaped our judicial system to their liking. They fund networks of organizations to oppose federal interventions that would place commonwealth concerns above individual liberties. Hence, they support states’ rights and legal philosophies that do not interpret laws in the context of modern social and economic problems. Justices that treat the constitution as a tool to navigate our current conditions are labeled as “activist judges.”

Quinta Jurecic and Susan Hennessey of The Lawfare Institute make an additional point. Writing in The Atlantic, they accuse Republicans of timing voluntary retirements of Republican-appointed justices “to effectively bequeath seats to their political party.” Sounds like a cool gimmick, but the pattern is not readily apparent. Two of the last three Republican-appointed justices that retired voluntarily were replaced by liberal Democrats. The exception was Samuel Alito replacing Sandra Day O’Connor in 2006.

The current composition of the Supreme Court derives from how the Republican Party has slowly adopted an ideological litmus test to appointing and confirming justices. This did not occur overnight. Nominees from both parties had generally reflected a liberal or conservative approach. But within that approach there was much variation. Franklin D. Roosevelt appointed a variety of justices. Hugo Black advocated a textualist reading of the United States Constitution, while Felix Frankfurter advocated judicial restraint in the judgments of the court. Both approaches are widely supported by Republicans.

Republican presidents, likewise, used to appoint people who were within the Republican fold but were broad-minded justices first. As a result, Chief Justice Earl Warren arranged a unanimous vote for the 1954 Brown v. Board of Education decision, which declared that segregation in public schools was unconstitutional. Right-wing reactionaries began an “Impeach Earl Warren” campaign over his refusal to support segregation.

Accusing some Democrats of wanting to enlarge the court with liberals is true. Yes, they would like to follow in the footsteps of the conservatives in shaping the courts more to their liking. But at this moment in history, if Democrats did expand the court, the result is most likely going to be similar to what FDR experienced. Even with the Democrats controlling both Congressional houses by huge majorities, and FDR being a popular president, the public frowned on making such a jolting structural change.

Republicans have been able to reshape the philosophical orientation of our federal courts because the organizing effort has been underway for decades. That doesn’t mean Democrats cannot still make changes. The D’s should recognize that they need to learn from the Republicans, who provide an intellectual rationale for conservative justices. Liberal justices need one as well. A rationale that is open, not closed — one that can provide guidance, without requiring loyalty to any one creed.

Democrats believe their philosophy will help Americans across the political, economic, and racial spectrums. D’s must not apologize for embracing this. The Republicans embrace conservatism. But Democrats fear embracing liberalism, because the very word has been so consistently attacked by the Republicans. Democrats seem to be searching for another label, such as progressive, social democrat, populist, or whatever. The label doesn’t matter so much as the ability to explain it in simple terms. D’s must believe in it and have the courage to openly present and defend it.

Nick Licata
Nick Licata, was a 5 term Seattle City Councilmember, named progressive municipal official of the year by The Nation, and is founding board chair of Local Progress, a national network of 1,000 progressive municipal officials. Author of Becoming a Citizen Activist. http://www.becomingacitizenactivist.org/changemakers/ Subscribe to Licata’s newsletter Urban Politics http://www.becomingacitizenactivist.org/
Previous article
Our Prisons Are Full. Here’s What that Looks Like
Next article
COVID is Profoundly Changing Health Care