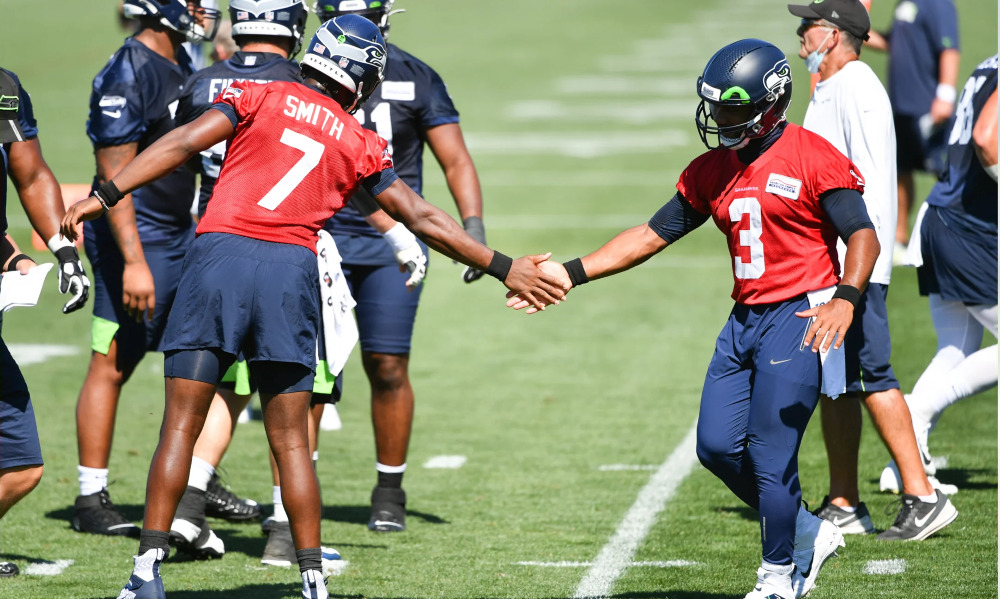 Seahawks Coach Carroll and the Art of Being Yourself Out Loud

The day after the Seahawks skipped practice to talk about the crisis of race in America — followed by a passionate public discourse from coach Pete Carroll about white ignorance — routine had returned to the Virginia Mason Athletic Center. The Seahawks had their third and final preseason mock game on a grand Sunday afternoon by the lake, and life again seemed about ball.

Then Jamal Adams offered up a rhetorical question to his questioners in a Zoom conference that stirred the pot anew. “Does a top athlete have to go down for people to really listen and understand why?” Adams asked. He was referring to the historic indifference shown by whites to police for shootings of unarmed Black people, and how it keeps him fearful now. “I’m afraid,” Adams said. “I fear for my life as a Black man, and I shouldn’t fear for my life.”

Adams told a story that suggested he could have been that top athlete.

He declined to divulge the town or school, but the Texas native was on a college recruiting trip with other high schoolers hosted by current players. Three police cars descended upon the athletes, he said, and were forced upon the ground at gunpoint. Adams said they had done nothing wrong.

“I’ll never forget when the guy put us on the ground and found out who we were,” Adams said.  “He said, ‘This is how we treat our players. You don’t want to come here.’”

The cop probably didn’t break any law, but he reinforced a stereotype that plagues the nation. “It’s always been like that,” Adams said. “I’ve always been stereotyped my whole life in a diverse area. Let’s arrest the cops that are killing unarmed black people. It’s gonna be a lot of hard work, man. We understand that it’s not gonna be an overnight thing. The system has never been set for us, to be honest. It’s never been fair. So we got to continue to work and continue to educate.”

Some of that education had taken place Saturday upon the VMAC’s berm, where Carroll had the team sit and relax for what might be termed a therapy session, as racial tensions grow across the nation. The first player Carroll invited to speak was Adams, which surprised the player.

“I thought that was really very powerful coming from him to me, and him having the trust for me to start it off,” he said, “with so many high-caliber guys here. I didn’t take that lightly, man. I think I set the tone. I think we had a great talk.”

As a newbie acquired a month ago from the New York Jets, Adams perhaps had his first team-wide look at Carroll’s longtime emphasis on player self-expression. He was impressed. “He has our back, I have his back,” said Adams. “I texted him last night and I thanked him and (GM John Schneider). They understand. They give us a platform to use our voice. They let us be ourselves. They don’t judge us.

“As a Black man, you really cannot ask for more. For Pete and so many guys on the staff to understand our pain and understand our anger, and sit there and listen and educate, that’s what it’s about.”

When asked about the responses from his players to his public exhortation, Carroll said, “I’ve heard from some of our guys — quite a few. We’ve been through a lot together in our time here, our discussions and revelations that we’ve all had. The things that I said, I don’t think surprised them at all. But they were happy to hear somebody say the things that were said.

“I was speaking for everybody here; that wasn’t just a personal statement. I was speaking for where we have come as an organization, and certainly as a team in this locker room. They were things that needed to be said.”

It’s just that the things rarely get said so honestly in public, even in a majority-Black workplace. Players typically come from colleges where coaches are tyrants who come down hard on independent thinking, outspokenness, and originality. College coaches see threats everywhere to their empires, as do many pro coaches.

Many players quickly learn to stay quiet. Richard Sherman and Michael Bennett were rare dudes. They’re gone now, so Carroll seems to have a desire to coax the newbies into understanding that in this place, being yourself out loud is fine.

“Just in general, it’s easy to understand why people are hesitant at times. They’re not sure what’s going to be the fall-out, the ramifications. When you’re the oldest coach in the league and you’ve been around, you don’t have to be real bold to say what I said. I don’t think that was anything courageous. It was just stuff that needed to be said. And there’s a whole lot more that needs to be said.”

We are heading into the most provocative year in NFL history. Already attempting to navigate a full season through a pandemic without the use of a bubble, the sport is a high-profile target in a political campaign to re-elect an incendiary president whose goal is to disrupt, distract, discourage, and divide a nation for whose laws he has little regard. Trump loves to denigrate the NFL, which denied him ownership because his potential partners judged him an oaf and a dullard (which, when it’s considered that the owners let in Daniel Snyder, is saying something).

So when Trump plays the NFL race card again, he may hear from the NFL’s most humane coach, who indicates he will suffer no fools. There’s a whole lot more that needs to be said.

This article first appeared in SportspressNW.

Art Thiel
Art Thiel is a longtime sports columnist in Seattle, for many years at the Seattle Post-Intelligencer, and now as founding editor at SportsPressNW.com.
Previous article
Amazon’s Real HQ2 2: Threat or Opportunity?
Next article
After COVID Will People Still Move To Seattle?