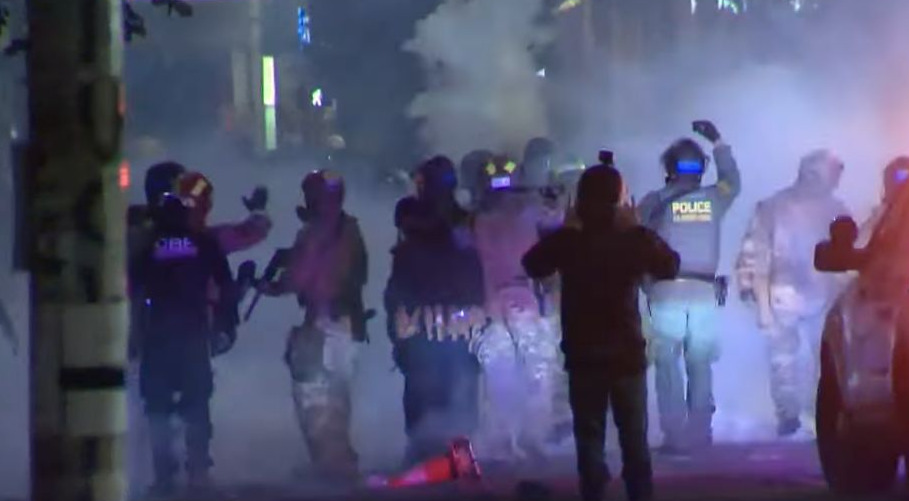 Portland’s Unstoppable Protest: A Report From the Eye of the Storm

After George Floyd’s murder, folks started protesting. The first night, there were some modest protests. Then on May 29, all hell broke loose. There was a melange of folks downtown, with various agendas. Some were pure looters who took advantage of the situation, and broke into downtown stores to steal. Others were what I call “nihilists” who really had no agenda but to break things in fits of anger. They broke a lot of store windows.

Others were self-described anarchists who hoped to start a revolution or a civil war. Their main target was the police and county and federal courthouses. They sprayed graffiti on downtown buildings and on street surfaces. Then there were thrill seekers who just joined in the fun and excitement. They helped started small fires and threw things at the cops. The cops, having been on the receiving end of firecrackers, water bottles, bricks, etc., overreacted by teargassing everyone, hitting folks with batons in an indiscriminate manner, pushing people down.

This all morphed into a kabuki play. Every night for months, crowds of legitimate protesters would gather in front of the County Courthouse, hear speakers, and chant. Then they would leave, and the bad guys would stay to throw things at the police, who had erected a tall chainlink fence around the building, and who were stationed inside the fence. After a period of things being thrown at them, the police would literally “read the riot act,” spray tear gas, fire “non-lethal” projectiles, and attack the crowd. The crowd soon started protecting themselves with helmets, shields, and eventually a group of “moms” with yellow tee shirts who linked arms in front of the protesters and the bad guys, who were mixed together.

One evening early on, there was a mass march from the residential East Side of the Willamette River. At one point, they all lay down for 8 minutes and 40 seconds (the time for the pinning and killing of George Floyd), completely filling the wide bridge, resulting in a great photo of this demonstration. Gradually, the protests died down, but a small coterie of bad guys continued to show up at the courthouses late in every evening to confront the police, who took the bait. Some folks on both sides were injured.

Then the orange man intervened with federal storm troopers from ICE, and other federal agencies, and the local folks responded violently as Trump had wanted so he could say Portland was a disaster area. They finally left. Still, every night, small groups of protesters and bad guys became active. They have changed their targets to local police precinct headquarters, starting small fires and breaking windows. The mayor’s condominium high rise, located a few blocks from my condo, has been the scene of small bands of protesters chanting and shooting lasers at his building.

During all this period, nearly all of the action was in a two square block area in front of the courthouses, meaning that 99.9% of the city was unaffected, despite what the world saw on TV.

One may ask why wasn’t this stopped a long time ago. The answer, unfortunately, is lack of leadership. We have a mayor who dithers and cannot make a decision or take action. He refused to listen to my daughter, Deborah, who is the chair of the Multnomah County Commission but has no direct authority over the city. We have a brand new Black police chief, who is a good guy but is in over his head. The legitimate protesters have a plethora of self-proclaimed leaders, which means no one is in charge. The Black community, which used to have ministers with heavy moral authority and heads of organizations like the NAACP, is lacking anyone who can speak to or for the Black protesters. Most of the actual protesters are white, this being one of the the whitest cities in the country, and no one speaks for them.

As one of my nephews, who often goes to the nightly demonstrations, said, “this may go on till it starts to rain.” 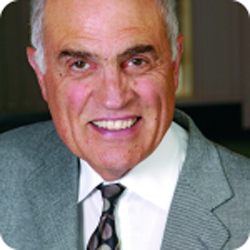 Stephen Kafoury
Stephen Kafoury is a Portland native and attorney who served in the Oregon legislature in the 1970s, and more than a decade on the Portland School Board. Professionally, he had a long career as a lobbyist and government relations consultant with his own firm.
Previous article
A Progressive Church Tries to Deal with Its Whiteness
Next article
Amazon’s Real HQ2 2: Threat or Opportunity?