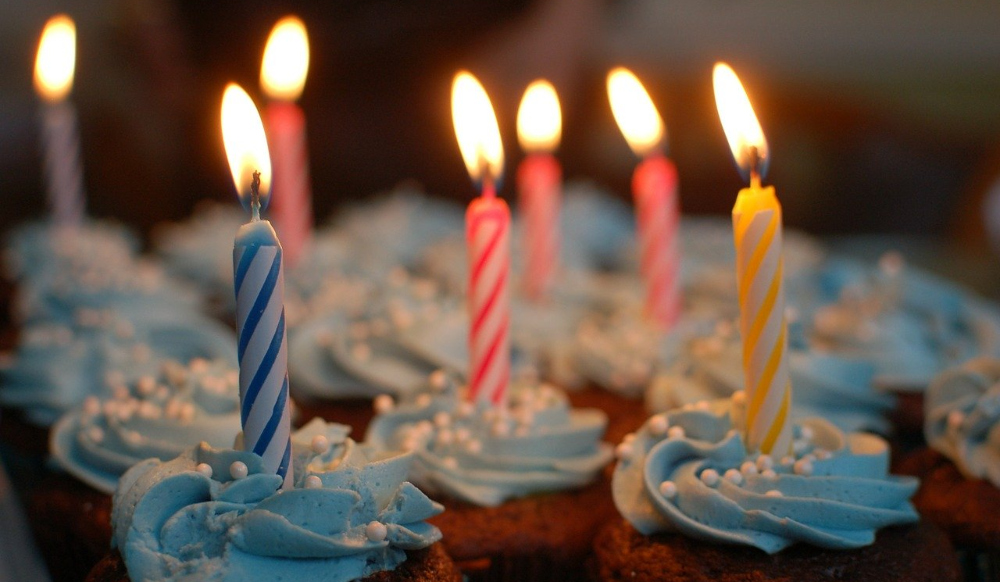 Big Birthdays, Memorable Ones, and The One I Barely Survived

I have a birthday coming up. Which one? None of your business. But it’s a big number. Scary big, if I’m in the wrong mood. Inevitably, I think about other birthdays. Most of them, I don’t remember. But some I do. More than you’d think.

Soon after I arrived in the Northwest — I had flown on a one-way ticket to Seattle, where I had no job, no friends, no place to live — I moved into a studio apartment in lower Queen Anne. My building stood across the street from a mom-and-pop grocery and a Chinese restaurant run by the same mom and pop. I could walk through Seattle Center and follow 5th Avenue downtown on my way to the library, the Pike Place Market, the Penthouse jazz club, the all-night movies. My apartment had a bed that pulled out of the wall, a second-floor view down into a gravel parking lot, and a radio I kept tuned to Seattle’s soul music station, KYAC.

One day, when I was sitting on my dusty green couch, I had a revelation: The summer before, when I reached 22, I had reached my first irrelevant birthday. By 21, I had passed all the early milestones of age. I was old enough to legally drink, drive and vote. From now on, birthdays wouldn’t matter much. The calendar would count for less than states of mind.

But that doesn’t mean I’ve forgotten details from birthdays when they did seem to matter. The memories start when I turned two. You may be skeptical. You’d be wrong. I remember 2 (Asheville, North Carolina), 3 (the Bronx), 8 (broken arm), 10 (eye injury), 14 (the Republic of San Marino), 19 (the Mayan ruins of Uxmal.)

I also remember some later ones, though not the numbers that go with them. There was the time my wife Barbara and I hiked 14 miles up Mt. Jupiter and back in late August without water — which we had forgotten at home. And the time we went to an opening at our friend Ruth Nomura’s old Northwest Craft Center and bought the big, graceful Mutsuo Yanigahara ceramic pot that still stands in the southwest corner of the room with the iron stove and the elegant, century-old oak ceiling.

And then there was that irrelevant 22, which I celebrated — if you can call it that — in Atlanta. I’m lucky that birthday wasn’t my last. I was then working for the Southeast regional office of the International Ladies’ Garment Workers’ Union. That union is now defunct but at the time, it represented nearly half a million workers. My immigrant grandparents, with whom I lived as a young child, had both been active members. My father had worked for various of the union’s locals all his life. My mother had been working in the union’s research department when they met.

I flew down to work for the ILGWU soon after I graduated from college with a degree in history and no real plans. I was doing publicity for organizing campaigns, living in Atlanta and traveling around, often to places in which we were trying to organize plants. I remember running down long corridors at Atlanta’s Hartsfield Airport carrying an attache case that contained a clean shirt and a bottle of bourbon, eating lots of room-service meals, watching young organizers use union money to leave big tips, talking with garment workers in small towns, saving up my per-diem travel money and spending it on oysters Rockefeller at a classy restaurant in Charleston, hitting the jackpot on a nickel slot machine at an American Legion hall in western Tennessee, spending late nights at the Atlanta office — right across the street from the house in which Joel Chandler Harris, author of the Uncle Remus stories, once lived (there was a plaque). I would show up at that office long after everyone else had gone home, turn some lights on, and work in peace.

By the time my birthday rolled around, I was living out away from downtown a block or two from Peachtree Street, in an apartment I had sublet from my friend Margaret. Her kitten had left the wall-to-wall carpet full of fleas, so when I sat down to read, I made sure my feet were off the floor. I was just a couple of blocks from a Chinese restaurant and from the one theater in town that showed foreign art films. ( I remember seeing the bleak, black-and-white 1964 Japanese parable, Woman in the Dunes there.)

To celebrate my birthday, after a Chinese dinner I walked down Peachtree Street to the Fox Theater, now a national historic landmark, then just a cool old movie palace with an organ that rose out of the floor and still had stops for hoofbeats and saddle bells. I don’t remember what I saw there. After the film, I walked back out Peachtree Street in the dark. There weren’t many people on the sidewalks. Ahead, I could see a couple walking up Peachtree, too. The woman was walking normally, straight ahead. The man was looking around, moving erratically. I caught up to them. (I was a fast walker in those days.) The man turned. He was short, wiry, about my age. He was standing very close to me. And he was holding a big knife.

He told a rambling, hard-to-follow tale of some guys following them in a car, and asked if I was with those guys. I said no, I didn’t know what he was talking about. He said if I really wasn’t with them, I’d walk with him and his wife to provide a little strength in numbers. I said I’d be glad to walk with them — if he put away the knife. Yes, his wife said, put it away. She was very attractive and seemed totally sane. I wondered what she was doing with him.

Anyway, he did put the knife away, and we walked up Peachtree having a perfectly normal conversation (normal, that is, unless you count the references to his fight earlier in the evening in a tavern parking lot). We approached a diner, still open and brightly lighted. They wanted to stop in for a cup of coffee. I joined them. We sat in a booth.

Through the plate glass window, my new friend spotted a bulky guy standing on the corner. The guy on the corner was heavy, but in a way you knew concealed a lot of muscle. My companion said the big guy had stolen his bicycle and went out to confront him. He started a fight. The big guy hit him. Just once. He fell, and on his way down, his head smacked a parking meter. By the time he hit the pavement, he was out like a light.

His wife — who had obviously been through this before — went outside. With some trepidation — the big guy and his friends were still there — I went with her. Her husband wasn’t moving. We hauled him upright off the pavement, each took an arm, and walked him up Peachtree toward their house. He was totally out of it, but his legs moved. It wasn’t hard. We got to their front steps. I offered to help get him inside. No, she said, she could take it from there.

I walked back to the diner. I had left a paperback book on the table. It was Darwin’s Origin of Species. I had bought it in Nashville a month or two before. (I saw that noted inside the front cover when I last ran across it.) I’m not sure which trip to Nashville that would have been. Was it the time when I spent a couple of days in a hotel room with the union’s regional director, a lawyer sent down from national headquarters, and some organizers who had been roughed up outside a garment plant?

That was fascinating. A couple of the organizers had recently been Green Berets in Indochina. Another, the white son of a Baptist minister, had been a minor hero of the non-violent civil rights movement. They could look at the same situation and see different things. But they were all frustrated by the lawyer, who just didn’t get some of their assumptions about human behavior. (How do you know he had a knife? Down here, when somebody reaches for his back pocket. . . . ) The lawyer was on their side, but I think they all wound up disliking him.

Or maybe it was the time we drove out in two cars to a town in which we were trying to organize a plant and a hostile crowd was waiting for us — this was no surprise; experienced organizers had told me not to wear a tie, so no one could grab it. Some young guys in that crowd threw rocks. Our regional director demanded a police escort across two counties to help us get away. Some rednecks waiting in the woods tried to separate us from our police escort and when that failed they followed us, knowing that the sheriff’s jurisdiction ended at the county line. But when we reached the line, there was a big — pro-union — cop with a sawed-off shotgun waiting to protect us through the next county, so the rednecks pulled U-turns in the middle of the road and headed for home.

When I went back into the diner in Atlanta and looked at our table, the book was gone. I talked to the counterman. He said he had the book. I could have it back. When I paid the check — for all three of us. Needless to say, I was pissed off. Needless to say, that wasn’t going to do me any good. I paid. He handed me the book.

Dan Chasan
Previous article
Ah yes, the Process: Trump Slows Alaska Pebble Mine, Pushes Ahead on Wilderness Drilling
Next article
Distance Learning Will Increase Inequity in Schools. Here’s How to Fix It