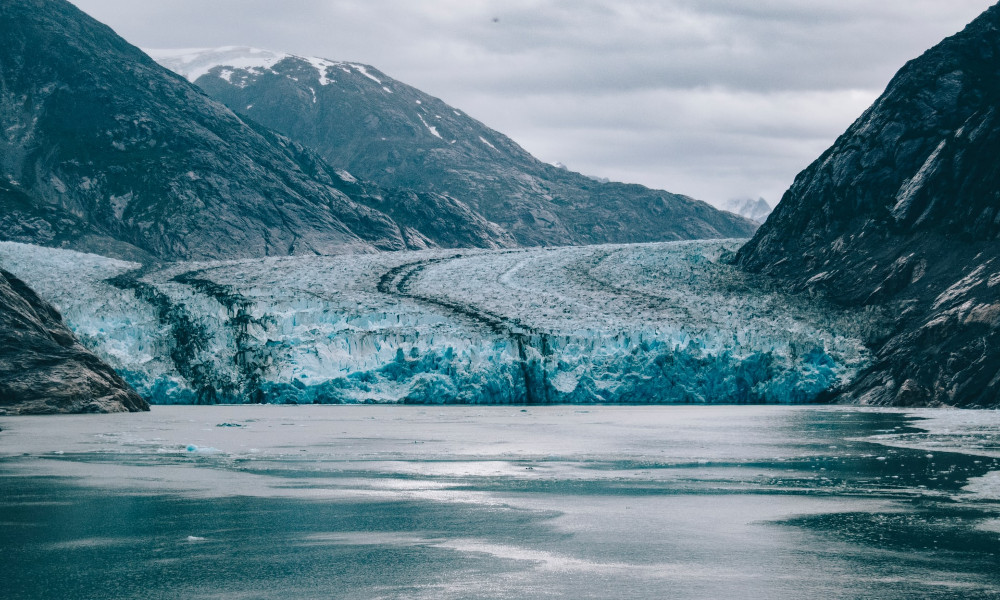 Alaska Thaw… And A Political Earthquake?

Political life in Alaska has long put it all together:  Pungent personalities, corruption scandals, enduring family feuds, plus a candidate for Vice President impersonated by Tina Fey on Saturday Night Live and given serious treatment by Julianne Moore in “Game Change.”

The 49th State is getting something else – and new – this year, contested races for Congress and the U.S. Senate.

They are being challenged by House hopeful Alyse Galvin, who took 47 percent of the vote against Young in 2018, and by orthopedic surgeon and salmon fisherman Al Gross. Both are officially Independents. The Democratic Party has opened its primary to independent candidates.  Both Galvin and Gross won Democratic primaries on Tuesday.

How do you introduce yourself to Alaska voters?  Al Gross did it with a TV ad boasting, “bought his first fishing boat with a bank loan at age 14, and killed a grizzly bear in self-defense after it sneaked up on him.”

Don Young, 87, has made the House a home since 1973, and has probably delivered as many insults and falsehoods in 47 years as Donald Trump has uttered in four.

One ”joke” by Young has, however, hit home.  Young referred to the coronavirus as “the beer virus” earlier this year and blamed media “hysteria” for ominous news.  The “Congresman for Life” later had to apologize when the COVID-19 pandemic hit his state hard.

Don Young loves mines, oil rigs, pulp mills, and clearcuts.  He championed the infamous “bridges to nowhere” while chairman of the House Transportation Committee, characterizing himself as a “porker.”  He once described visitors to proposed new national parks in Alaska as “jet setting hippie backpackers.”

But days when the now-defunct Anchorage Times referred to “self-admitted environmentalists” are long gone. Galvin is no flaming liberal, but has come out against the proposed Pebble Mine, the giant copper and gold mine that poses a danger to the $1.5 billion Bristol Bay salmon fishery.

In Galvin’s words, “I am opposed to the Pebble Mine Project because I believe that with current technology, it is the wrong mine in the wrong location and represents too big a risk to our vital Bristol Bay fisheries.”

“My sense is that this is the first year that Young might be defeated, and Al Gross seems strong against Sullivan,” said Carol Kasza, co-owner of Arctic Treks, who takes guests river rafting in the Arctic National Wildlife Refuge, which the Trump administration is gung-ho to open to oil and gas leasing.

If you can take eyes off Alaska’s natural beauty, here are a few facts about its political landscape:

Lisa Murkowski has emerged as an influential senator, using a back door provision in the Republicans’ tax cut bill to open the Arctic Wildlife Refuge to oil drilling. She works effectively across the aisle, particularly with Sen. Maria Cantwell, D-Wash. A social moderate, she is grappling with whether to vote for President Trump.

Dan Sullivan is of a different stripe.  He withdrew support from Donald Trump during the 2016 campaign, citing “reprehensible revelations” about the GOP nominee.  Post-2016, he  has lined up behind Trump on policy issues.  He is anti-abortion and has opposed same-sex marriage.

He unseated Democratic Sen. Mark Begich by 6,000 votes in 2014, and was not thought vulnerable this cycle.  He has settled into pro-development, pro-oil, pro-defense stances.  But Trump has not looked strong in the infrequent polls coming out of Alaska.  And Gross has put resources into his challenge.

Gross touts that he is a “lifelong Alaskan.”  He is the son of Avrum Gross, who served as Attorney General under Hammond in the 1970’s.  Sullivan is Ohio born, a product of Harvard and Georgetown Law School.

Wins by Galvin and/or Gross would amount to a political tremor to match the 1964 earthquake that laid waste to downtown Anchorage, wiped out towns in Prince William Sound, and caused land in the Copper River Delta to rise or fall more than 10 feet.

The COVID-19 pandemic has hit hard.  It has cut deeply into tourism, although Alaskans are getting a chance to see their own state in summer.  Falling oil prices have robbed the state of revenue.  The 49th State is suffering high unemployment. Climate change is causing permafrost to melt, and the state has experienced ferocious fires.

In a state where political life is always interesting, political campaigns this year are competitive.