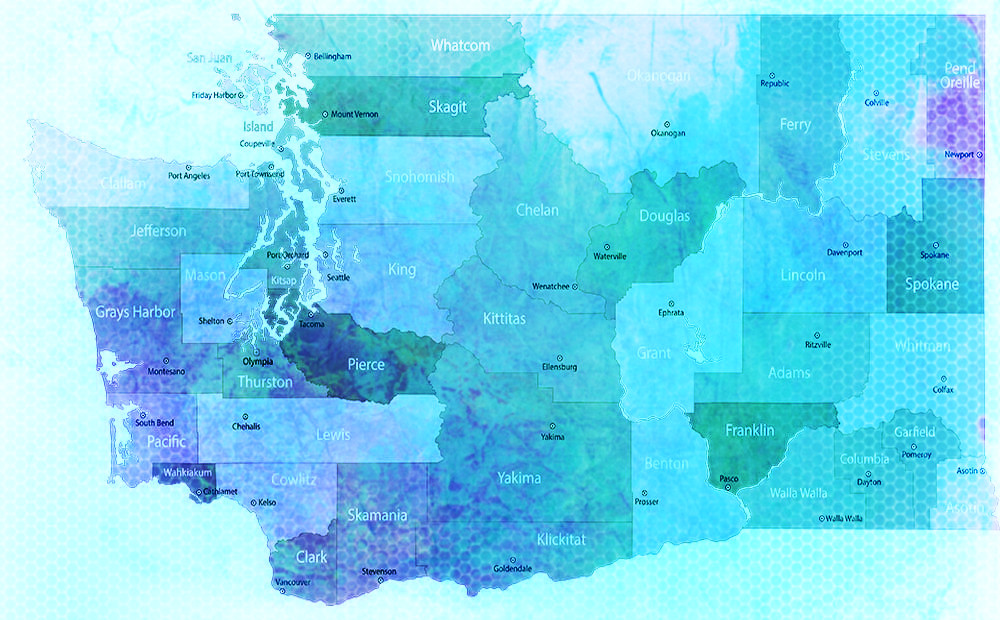 A substantial surprise arose in the high-turnout August 4 Washington state primary.  The Republicans are making a robust showing.  They have pulled ahead in legislative races where they trailed on election night — reversing the usual late surge of liberal votes. One example is the 10th District (Whidbey-Camano-mainland), where Democratic Senate candidate Helen Price Johnson and Rep. Dave Paul have fallen behind their Republican opponents.

Jousting in Facebook posts, Washington State Young Democrats’ President Derek Richards attributes the mini-surge to Republicans making up their minds in the crowded gubernatorial contest. Richards predicts August 4 will be the “high water” mark for Republicans in Washington.

Anecdotal evidence from a long Whidbey weekend suggests another factor:  Voters are wary of the street violence in Seattle and uncomfortable with relentless political attacks on Seattle Police, which has now driven popular Police Chief Carmen Best from office. Usually Seattle-bashing has flopped for Republicans.  They even ran a TV spot showing the Lenin statue from Fremont, as part of a losing (and massively expensive) bid to hold State Senate control in a special election three years ago.  Nor did Madison-bashing work for Wisconsin Gov. Scott Walker in 2018, or Missoula-bashing for foes of Montana Sen. John Tester. But this time, with Seattle pushing the boundaries of progressive politics, voters are hesitant.

Republic, Wash., police chief Loren Culp won the Republican gubernatorial nomination, despite taking less than 10 percent of the vote in King County.  He did surprisingly well elsewhere, winning Grays Harbor, Cowlitz, and Wahkaikum Counties in Southwest Washington.  Jay Inslee, who has never been a rust belt Democrat, has managed to lose places carried once upon a time by George McGovern.

State Rep. Norma Smith, R-Langley, used that theme of the need to check a dominant party in winning in 2018 after trailing in the primary.  (Smith is not running this year.) Washington has experienced years of split control in the Legislature.  We had special session after special session, and budget negotiations into late June.  But the voters didn’t seem all that dissatisfied. Meanwhile, Gov. Inslee has won strong marks for his serious, science-rooted response to the COVID-19 pandemic.  Inslee has, in words of one joke, put his goofiness in blind trust.

But that good feeling could be eroding, especially as Inslee seeks to be only our second governor (Dan Evans was the first) elected to three consecutive terms. Inslee spent much of last year out of state, campaigning for another job.  He quit the presidential race and quickly shoved aside potential Democratic challengers.

His gubernatorial opponent is Loren Culp, a symbol of resistance who has refused to enforce I-1639, the gun safety measure passed by Washington voters in 2018.  Culp held a largely mask-less rally in Plain, north of Leavenworth, on election night.  So did Tim Eyman, given a sound drubbing on the first time he put his name onto the ballot.

Seattle is not an attractive model for unchecked, one-party rule these days. The city has experienced non-stop demonstrations.  Motorists approaching downtown on I-5 became used to the Saturday night warnings of freeway closures occasioned by protesters on the roadway.  We experienced the Capitol Hill occupied zone, with shootings and thuggery and mistreatment of small business owners.

The protests over the George Floyd murder have been overwhelmingly peaceful.  But there has been violence.  The city’s left political activists (mainly white) have refused to denounce the violent few, and have heaped abuse on the Seattle Police. A trio of Democratic district organizations have passed wacko-bird resolutions calling for removal of Mayor Jenny Durkan.

The City Council has stumbled in its efforts to cut the Seattle Police Department, demonstrating lack of focus and inexperience.  One folly was cutting the salary of a police chief who is African American, who is among the most popular figures in politics today and has just quit in apparent frustration. Another dubious move: eliminating navigation teams assigned to coax homeless from their tent encampments.

O.K., we could still see a Democratic sweep in November.  A huge King County majority should sustain Inslee and Biden, just as a half-million-vote county victory carried the day for Hillary Clinton in 2016.

But the rest of the state was cool to Democrats four years ago. And there’s at least some reason to think that the Republicans are strengthening their holds on the regions not directly visible from atop the Space Needle.