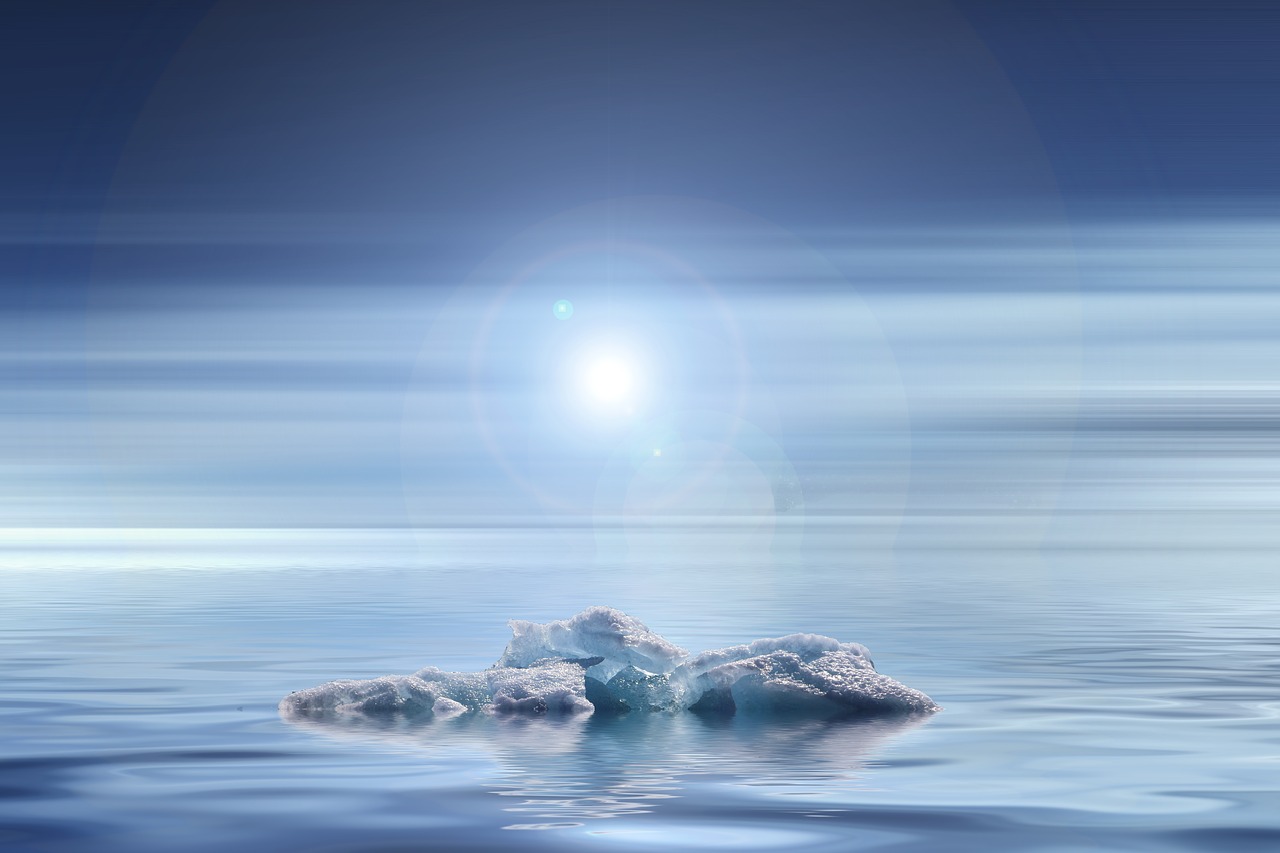 Reading Signs Of Climate Change In The Pacific Northwest

“We have met the enemy and they is us.” Pogo by Walt Kelly

“The farther backward you can look, the farther forward you are likely to see.“- Winston Churchill

Now that emissions have dropped due to the stay-at-home period this spring, we can cross climate change off of the very long list of things to worry about. Right?  After all, a recent study estimated that average global CO2 emissions plummeted 17% in April relative to 2019.  It would be ironic if it takes a global pandemic to flatten the CO2 curve. How will the tumultuous events of the year 2020 be inscribed in our future, and how will our descendants judge our actions and decisions?

On the north flank of a volcano on the Big Island of Hawaii, instruments at the Mauna Loa Observatory have been recording the chemistry of the atmosphere since 1958.  The CO2 Keeling Curve, named after Charles David Keeling who started the monitoring program, shows that CO2 has been increasing continuously from around 300 parts per million (ppm), to recent readings of  over 400 ppm (416 ppm as of 6/14/2020).

On the Keeling Curve, shown below, the squiggly red lines show the seasonal variation of CO2 of about 5 ppm; every year plants take up CO2 in the spring/summer through photosynthesis, and then release it in the fall and winter.

Linking emissions to atmospheric CO2 concentrations requires complex math and many assumptions, but the consensus is that, unfortunately, a drop of emissions for a few months will not dramatically change the reservoir of CO2 in the atmosphere.  Authors of one recent study calculated that there will still be an increase of CO2 this year, but it will be 0.32 ppm lower than if there had been no pandemic at all.  This is something, but barely noticeable relative to the seasonally-oscillating curve. Ralph Keeling, professor of geochemistry at UC San Diego and son of Charles, likens the emissions drop to turning down the tap on a filling tub; the tub is still full, even though it’s filling less quickly.

Language around climate change careens between Chicken Little-esque predictions to ‘see-no-evil, hear-no-evil’ denialism. The hyperbolic warnings given by Ms. Little, like her literary cohort ‘Boy’ (“Wolf!”), are ineffective without clear, easily understood evidence.  For those lucky individuals who have not yet experienced perceptible effects of climate change, the message competes with other more immediately threatening news.

Our planet contains a library of information, cataloguing earth’s changing conditions over time; this history is only accessible to those who have learned its language.  In the shallow waters of eastern Jefferson County, oysters are grown and harvested; as they grow, oysters and other shellfish incorporate a record of the temperature and chemistry of the water in which they live.  Oyster shells are made of calcium carbonate (CaCO3), similar to the lime you put in your garden if the soil is too acidic. Seawater absorbs CO2 from the atmosphere, where it reacts with water to form carbonic acid, a chemical used to make bubbles in our sodas and sparking wine.  It is the increasing acid content of seawater that is the suspected primary culprit in the recent die-off of oysters observed in Jefferson County.

The figure below is a record of CO2 and pH (a measure of acidity) in seawater at Station Aloha north of Hawaii, showing a clear relationship between atmospheric CO2 (the red Keeling Curve), and CO2 (blue) and pH (green, right axis) in seawater.

Along the coast of the Olympic Peninsula, our Quinault neighbors face relocation from the villages of Taholah and Queets due to climate change-driven increases of sea level rise, storm surge, and river flooding.  The Quinault Nation is “geographically classified now as living below sea level” as stated in testimony to Congress by President Fawn Sharp .  The tribe’s forced relocation due to rising sea level is eerily parallel with the legend of the Flood Tide Woman, who lead the First Nations Haida people to higher, safer ground:

“Meanwhile the stranger kept sitting down, and when the tide came up to her, moving away to higher ground, up the hillside, up the mountain. Many people saved themselves by climbing onto the raft with the children. Others made more rafts, until there were a number afloat.

The whole island was now covered by the sea, and the hundreds and hundreds of survivors were drifting about without being able to stop, since they had no anchors. By and by the people saw peaks sticking out of the ocean. One of the rafts drifted to a piece of land and its survivors stepped off there, while other rafts were beached elsewhere.

It was at that time that the tribes became dispersed.”

The Haida legend is consistent with submarine evidence of flooding of the Haida Gwaii, formerly known as the Queen Charlotte Islands, approximately 10,000 years ago due to post-ice age melting of glaciers.   Geographic reconstruction of the Haida Gwaii shows the extent of loss of the historic islands of coastal British Columbia in the maps below; the green/brown areas are land, and the light blue areas are shallow seas surrounding the islands.

More chapters of earth’s history have been discovered at the bottom of the world: on the periphery of the east Antarctic ice sheet, there is an ice-covered mountain called the Law Dome at an elevation of 1,389 meters above sea level. Long, cylindrical ice cores are collected from the Law Dome, sampled, and and studied for the historic stories they tell. As accumulating snow turns to ice, air bubbles are trapped that preserve samples of the atmosphere from climates of the past.  Sequential cores collected from the Law Dome go to a depth of 1,200 meters, and back in time about 90,000 years.  Results from the Law Dome, in the figure below, have shown that ‘pre-industrial’ CO2 was  very stable,  around 280 ppm, until the Industrial Revolution and the start of our relationship with burning of fossils fuels for heat and energy.

Never in the history of our planet has one species had so much power to effect change, both inadvertently as in the past, as well as intentionally, with cooperative planning, as we move to the future.  The astonishing rapidity of social change we are seeing this year raises the question: can environmental change happen just as quickly?

In thinking about the change in climate observed in the geologic record, Scottish geologist Charles Lyell (1797-1875) expounded on the theory of “uniformitarianism,” also known as gradualism, hypothesizing that climate change was due only to slow but constant alterations of the distribution of the oceans and land masses.  The theory of uniformitarianism states that geological events have occurred at the same rate throughout the history of our planet and  therefore occur along predictable patterns.  Historic proponents of this philosophy would be shocked that the activities of humans could compete with these large background forces driving the ocean and atmosphere.  The post-industrial atmospheric changes we are measuring comport more closely with the theory of catastrophism, associated with the French naturalist Georges Cuvier (1769-1832).  Catastrophism postulates that Earth has largely been shaped by sudden, short-lived, violent events, often global in scope.  Catastrophists believed that earth’s history is a sequence of periods of transgression and regression (sea level rise and fall), and evolution and extinction of species.

Scientists have explored the most ancient and inaccessible books, to continue the library analogy, to discover the history of climate before our species dominated the earth.  In the deep ocean, research vessels including the R/V JOIDES Resolution and her precursor vessel, the GLOMAR Challenger, have been collecting sediment and rock cores since 1968.  These internationally-supported research programs have lead to revolutionary understanding of the ocean and the past history of our planet.  The ocean contains a longer and more continuous record of earth history than land-based fossils, ice, or sediment.  Sediment and skeletal remains  of plankton settle to the ocean floor, and in the same way as shellfish and ice, record the chemistry and temperature of their environment. Thus, collection and study of deep sea cores are used to study the very long history of Earth.

The figure below shows an example of deep sea cores split in half and cut into sections; each section shows sediment layers formed from dust, volcanic ash, sediment, plant and animal micro-skeletons, and other indicators of past earth history.

Data from ocean cores and other evidence indicate that the last time CO2 was consistently above 400 ppm was in the Miocene era, around 17 million years ago, when the earth experienced a three million year ‘greenhouse’ era known as the mid-Miocene climate optimum (MMCO).   This period was, like our own time, associated with melting of Antarctic ice, increasing air temperatures and sea level rise.  One likely culprit is the tremendous outpouring of lava and associated CO2 and other volcanic gasses during the formation of the Columbia River Basalts, staring with the earliest flows of the Steens Basalt (shown below), the Grande Ronde Basalt, and the Saddle Mountain Basalt.

The rock formations known collectively as the Columbia River Basalt Group extend for approximately 80,000 square miles, and in some places, greater than a mile thick.  Those of us who have hiked, camped, or rafted the basalt hills and canyons of Oregon and  eastern Washington know the austere beauty described beautifully by Ursula Le Guin in her poem “High Desert” from the book Out Here, “The hills out here know a hard way to be; I have to listen for it patiently…”

Listening, observing, and studying the world around us helps to put the current climate crisis we are experiencing in context. Past climate reconstructions from the geologic record are analogies, albeit imperfect ones, for understanding the implications of our changing modern climate.  The evidence from these explorations of the earth has shown us that the climate of our planet has changed, is changing, and will continue to change.  The sky is falling, faster for some, and more slowly for others.

In many ways, we are meeting this challenge.  We are finding and using alternatives to fossil fuel. Here in Jefferson County, cites, towns, ports, and related agencies are already planning for the impacts of climate change.  Individual citizens are learning about the importance of reducing carbon output.  Going forward, we must be willing to face change together.  People will move here from places without enough water, or not enough land.  They will move here and compete with us for resources and our perceived small town way of life.  These environmental migrants will need our help to build their metaphorical life rafts.

Can we respond to the reality of climate change with cooperative, reasoned lifestyle change and planning rather then being motivated by fear or anger?  Will it take an environmental catastrophe for us to cooperate as a global species, or will we only cooperate on this scale after an alien attack? As with so many other crises we are suffering, blaming each other is an ineffective course of action. Perhaps this tumultuous period will lead to a global reckoning, working together to ensure that future generations of the meek will inherit an earth that is diverse, sustainable, and as beautiful as we now enjoy.