"Hidden in plain sight, an industrial-scale meth lab in a former biotech building in Seattle’s tech hub quietly pumps out millions of carefully hidden profits for the scion of one of the city’s old-line wealthy families. That is, until agents from an Afghan rebel group show up looking for a cut and bodies start washing up on Puget Sound beaches.

"It looks like smuggling – people or drugs – to the murder squad, but the cops can’t believe such a prominent citizen would be involved. It takes former journalist turned true-crime blogger Eric Falconer – narrowly escaping death himself in the heroin-sick alleys of Vancouver, B.C. – to connect the timber-family scion to the murders and a plot to destroy the re-election campaign of a popular governor.

"As the police finally close in, the head of the cartel disappears, murdered for revenge. Only Falconer will ever know the killer." 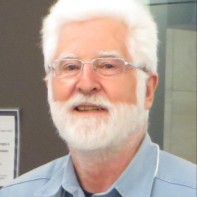 Dick Lilly
Dick Lilly is a former Seattle Times reporter who covered local government from the neighborhoods to City Hall and Seattle Public Schools. He later served as a public information officer and planner for Seattle Public Utilities, with a stint in the mayor’s office as press secretary for Mayor Paul Schell. He has written on politics for Crosscut.com and the Seattle Times as well as Post Alley.

It was a nice evening. The low sun warmed the boat’s cockpit where the three men sat. One, who was named Dieter but everyone called the Swiss, took pleasure in a martini. The other two, who seemed uncomfortable on the boat, drank bottled water they brought with them. The Swiss knew what came next. They would ask him and he would say no and they would kill him.

But not right away. “A quiet place for some conversation,” they said. So he brought them here and tossed out the anchor comfortably close to a half dozen grander yachts. You could almost hear the clink of ice cubes. Laughter reached them easily.

“You fought with us against the Russians. We are friends, blood brothers.” The smaller one, dark-eyed, thin and wiry, sitting in the helmsman’s chair, did all the talking.

“What is different now?”

“You are different. Together we drove the Russians out but you welcomed the Taliban. Freedom is gone from your country. Your cause is not my cause.”

“Perhaps that doesn’t matter. This is business. As the Americans say, ‘a deal.’” He added a wry, self-amused smile. “Good for both of us.”

“The answer is still no. I don’t like what you’ll do with the profits.”

The thin man stepped slowly down from the elevated helmsman’s chair. “Start the engines,” he said to the Swiss. “I’ll pull up the anchor. Sami will watch you.” He motioned to the big man who got up from the stern seat.

In a few minutes the Swiss was maneuvering carefully among the anchored yachts, north towards the harbor entrance through water the color of sunset. Sami held his gun out of sight at his side.

High tide and the light chop from a dying summer northerly left the body on the beach sometime after 11 p.m. when Carkeek Park closed and before midnight when it was found by four teenagers sneaking down to the Puget Sound beach to make out.

“It really freaked ’em. They hightailed it back up the trail to their car and one of the girls called 9-1-1 from her cell phone. Operator said she gasped out ‘Carkeek Park. A body! On the beach!’ then hung up. Cell number let us round them up. I don’t think the guys would have called. We got lucky.” That was the verdict from homicide Lieutenant Bobby Harms, a hard-muscled 5’-7” former college wrestler whose face carried the elegant cheekbones and Aztec nose of his Guatemalan grandmother.

“One of them, the one who called, was still nearly hysterical when we interviewed her an hour ago. Guy’s on his back, belly up, shirt pulled up. She fixates on his gut. Only thing she can talk about. ‘Totally gross! He had this, like, huge belly. White, and like shining, wet. You could see it ‘cause the moon was on it. Like, totally gross!’” Harms did a bad imitation of a teenage girl, sing-songing the syllables along with a nervous little shuffle. “None of their statements was any better than that. She got the huge part right, though. Look at the size of that guy, even allowing for the bloating.”

Harms and Eric Falconer, one-time investigative reporter and nowadays a true crime blogger, stood drinking coffee just outside the yellow crime-scene tape. Old friends, they spoke comfortably with long silences. Falconer, at 5’-11” the taller of the two, had sandy blonde hair, gray eyes and a blonde beard, trimmed short. He wore what he almost always wore: a blue button-down Oxford cloth shirt with sleeves rolled partway up tucked into Levis he pressed with a crease and loafers that looked like boat shoes. Harms was in his Saturday outfit, dark blue polo shirt with a small facsimile of the SPD patch embroidered on the chest, chinos and ancient running shoes, gun on his belt. Hanging open in front, a reflective vest with its bold all caps POLICE on the back stretched across his muscular shoulders. The two men watched the sun hit the tops of the Olympic Mountains across the Sound and start down the slopes. Carkeek park’s stand of second growth fir and cedar behind them kept the beach in shade. It was 5:30 a.m.

“Good thing they didn’t notice there’s no face,” said Falconer. “Not much of one, anyway.”

“They didn’t mention it. Arm over the chest, shirt bunched up, it’s kinda hard to see until you walk right up. Seahawks jersey, size 56, would you believe that? Team shop must have been the only place he could get his size.”

“Naw, it’s a number 12. “Twelfth Man,” their promotion for the fans. And we have his I.D. California. La Jolla. They’re checking him out.”

“Kind of an early wake up call, Bobby. What do you want me to know?”

“Not an accident. But I think you already figured out he didn’t fall off the ferry. Shot twice. Big slug like a Glock entered his chest just above the heart. Probably killed him, even a big guy like that. Messy exit wound under the shirt where it’s bunched up across his back. But then a second shot, close range to the back of the head. Doesn’t leave much. The lower jaw’s there, but no forehead, no face. Must have splattered brains and bone all over. So I think execution style. Why a second shot? You tell me. Hatred, blood lust, some atavistic part of human nature?”

“Make it harder for you guys to identify the victim. Or maybe he just didn’t like the guy’s face.”

“And you don’t like ‘execution style’ because maybe it means some major bad guys have arrived on your patch.”

“In 20 years I’ve only seen a couple of killings that looked like this, looked like what I think this is, and those were in street-punk gang wars where some kid thinks he’s big time. This guy is major muscle and it looks like the target got him first.”

“And you’ve told me this because in fact you don’t want me blogging up the big time crime angle.”

“I wanted you to see this because it might get big and then, if I hadn’t called, you and the rest of the media would go ape shit about us covering it up, endangering the public, et cetera, et cetera. All the usual crap.”

“And for that reason I’ll give you a couple ‘body found’ paragraphs in the blog briefs, same as you’ll get from the dailies after you post the news release. I’d just as soon it stays small, anyway. We have three good serials running and that’s all my doughty little staff of three, me included, can handle. On-line, everything needs a daily update – twice daily! – or every hour if we could do it. The verdict on the alcoholic mother who left her two-year-old to starve is due this week, probably Monday, so we’ll be stretched thin covering that.”

Falconer tossed the last of his coffee, now cold, onto the pebbles. “Your problem is if one of the kids or, God forbid, their families, dances around the embarrassment of why they were down here with beer and blankets after midnight and calls the TVs. Then you get the whole circus. Taped interviews with the kids on the beach pointing right there,” Falconer waved toward the body, “Stand-ups overlooking the spot at five, six, ten and eleven with long shadows from the TV lights making the night shots suitably ominous. You’d better hope the fear of embarrassment is greater than the pull of 15 minutes of fame, but I wouldn’t count on it. Hell, with all the on-line access to your radios, they’ll all be here anyway as soon as they wake up.”

The sun reached over the trees and warmed their shoulders. A strong saltwater smell drifted in on the morning breeze. The two men stood for a few more minutes, looking across the water at the mountains. On the north faces, patches of snow still clung to the rock.

“Bobby, I’ve got a bet you shouldn’t take. My money says the I.D.’s fake and the killer knew it or he wouldn’t have left a wallet in your victim’s pants. Six pack of Redhook. Double or nothing there’s no record of his prints, either.”

“I am again defeated by your powers of reasoning, Falconer, but I’ll take the bet because you’re fun to drink with.” Harms grinned broadly, showing his unbelievably white teeth. Over beers Falconer had got it out of him that he went to the dentist twice a year to have them whitened. “Because I drink so much coffee on this damn job.”

Falconer crunched through the beach gravel to the pedestrian bridge over the Burlington-Northern-Santa-Fe tracks that connects Carkeek Park to its beach. From the overpass he took a last look at the body, bloated surely from decomposition gases but no doubt a big, big scary guy when he was alive. The size of him, that needed to be in the blog. That made him unforgettable, so there was a chance someone saw him around locally. For starters, Bobby would have officers at the Seahawk’s team shop when it opened.

Next article
Chapters 2 & 3: Los Angeles and Vera’s
All Chapters So Far