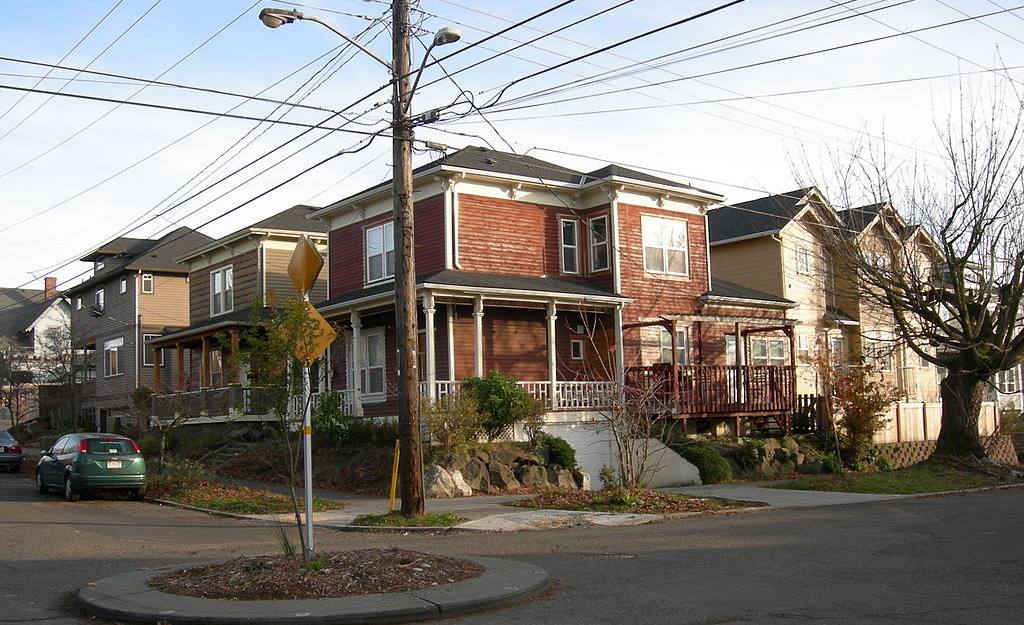 Fairness: Why We Need To Reform Our Property Tax System

Ruby Holland is an endangered Seattleite. For decades, this woman – with an engaging smile and a no-nonsense approach to life – has been a Central District homeowner. But she is one of the ever-dwindling numbers of Black homeowners in King County. As the Seattle Times reported recently, Black homeownership in the county has slipped to 28% of Black households — lower than Asian, Latino, or white families.

On the heels of this comes a Washington Post article on racial bias in property taxes against Black homeowners. Both pieces caught my eye as King County Assessor, offering a glimpse into racial inequality on property ownership from different vantage points.

As the Post reported, economists from the University of Utah and Indiana University asserted assessors set values in a racially biased way. That didn’t fit our Mission Statement: “Setting Values. Serving the Community. Promoting Fairness and Equity.” Naturally, I immediately asked our team to double-check if our value-setting process is racially biased.  We ran through our methodology, the mountain of data we collect annually, and here’s what it shows:

But that doesn’t mean there aren’t structural racial inequities embedded in our property tax system in Washington State. These need to be fixed, and I have some suggestions a little later in this piece.

I met Ruby Holland a couple of years ago when we worked on getting the Legislature to reform the existing Senior Property Tax Exemption program. Ruby is an indicator of the community inequities of our rapidly escalating housing market. It turned her into a housing activist as she realized predatory speculators were preying on folks like her – older homeowners, often People of Color. She told about how speculators had become increasingly aggressive, trying to buy her house and those of her neighbors.

This is a speculative, predatory housing market at its worst. Department of Assessment (DOA) data shows that some of the last “affordable” homes are in southeast Seattle, where much of our Black, Indigenous, People of Color (BIPOC) population lives. And gentrification comes with a ravenous appetite. Developers look to snatch up multiple adjacent properties, demolish the homes, and put up new multi-family units or $1 million-plus townhomes.

I remember a Black gentleman telling me how he’d owned his home for decades. Sent his kids to college thanks to the equity, paid off his mortgage — only to find his long-time neighbors sold to developers who built shiny new townhomes and left him feeling abandoned and pressured to sell.

Ruby Holland didn’t want to move; she wanted to fight. There are scores like her, and the reformed exemption program (eligible homeowners, 62 or older, and household income of no more than $58,423) can provide real property tax relief and be the difference that lets them age at home.

But the fight for racial justice and economic equity can’t end there. My old boss Ron Sims tells the poignant story of how his parents bought a house in Spokane in the redlining era and used the equity to send Ron and his twin brother to college. It wasn’t economic equity, but it was a chance to get a slice of American prosperity. Locally, Black homeownership used to be driven by good-paying union jobs at Boeing, which helped shape the demographics of southeast Seattle and Renton. But our economy has changed. Boeing, no longer the region’s dominant employer, has significant challenges ahead. Census data indicates less than 2% of county tech workers are Black.

Meanwhile, high-tech salaries have helped fuel King County’s rising property values. I’ve seen it in southeast Seattle: the 1,200 square foot bungalow with a view of Mt Rainier and Lake Washington, bought originally in the 1970s for $40,000 in a “transitional” neighborhood, now has an assessed value topping $1.3 million. The property taxes are close to $13,000 a year. Even if you’ve paid off the mortgage, a fixed-income senior will find that a big bite out of their monthly income.

Today, there is roughly a 30-percentage point gap between homeownership of Blacks and whites — larger than before housing discrimination was made illegal. According to Urban Institute, if the Black homeownership rate were the same as in 2000, there would be 770,000 more Black homeowners across the nation. That would equate to billions of dollars in home equity to help close some of the economic inequities.

The Great Recession’s real estate bust particularly hammered Black and Hispanic families. “For both Black and Hispanic households, there was an increase in homeownership between 1989 and 2005,” Arthur Acolin, a University of Washington professor, told the Urban Institute. “But when we look at the 2005 to 2013 period, the decrease was such that it more than wiped out the increase.”

Compounding this, according to Freddie Mac, Black borrowers have significantly more problems accessing capital for mortgages or small businesses thanks to structural racism built into our financial systems. Financial obstacles deny too many Blacks economic empowerment, the opportunity to build equity through homeownership, and true racial justice.

In addition to George Floyd’s tragic death at the hands of Minneapolis police, my old Minnesota home town is an example of why progressive good intentions aren’t enough. Seattle and Minneapolis have similar political inclinations. While Minnesota has a progressive income tax, persistent economic inequity haunts the Twin Cities. As the Washington Post reported, the typical Black family earned $39,851 in 2017, less than half the white family income of $82,371. A quarter of Black households live in poverty. And like Seattle, about 25% of Black Twin Cities residents own their home.

“In order for Minneapolis and the region to actually change the trajectory for people of color, whites are going to have to be uncomfortable,” Gary Cunningham, CEO of Prosperity Now, told the Post. “They are going to have to have conversations about how their privilege maintains the status quo and how resources and wealth are distributed in their communities.” Cunningham, a Minneapolis native, notes: “Good intentions don’t change the conditions for young boys and girls growing up in North Minneapolis.”

We need to be having some of those uncomfortable conversations in King County. I’ve had a few with people like Ruby Holland, Michelle Merriweather of the Urban League, and Wyking Garrett of Africatown. There seem to be two principal currents running through these discussions.

First, we need to find ways to keep Black homeowners in their houses and avoid sweeping evictions of Black renters. Everyone needs someplace to call home.

Second, more fundamental and potentially transformative, is opening access to capital (including land) for our BIPOC population. If we’re serious about Black Lives Matter and a racial reckoning, we must also be serious about economic justice, particularly how to increase BIPOC homeownership. In part, Minneapolis’s progressive intentions failed because they didn’t reach any meaningful economic equity and empowerment.

And that is our challenge. Real racial equity will only come when we, as a community, knock down institutional barriers to money, property, and power for the BIPOC community. Here are three things the Legislature could do in the next session to help topple some racially stratified barriers:

The convergence of COVID-19 and racial reckoning brings some things into clarity, like our tax system.  Our property tax system doesn’t have the same pernicious racial bias that California has due to Prop 13. However, the present tax system threatens existing Black homeowners, works in conjunction with lending practices to create barriers to homeownership, and helps accelerate gentrification that, in some cases, is bordering on predatory.

We must modernize our tax system. We can start with these progressive property tax initiatives. It won’t be easy. It will require some uncomfortable conversations about equity and privilege. And whatever we do, it must be run through a community-centric lens of equity and social justice.

I am proud that our assessment practices are race-neutral. But if we want this to truly be a community for all, that’s not good enough. 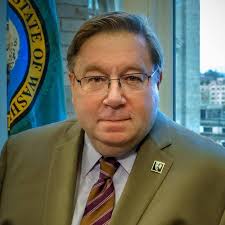 John Arthur Wilson
John Arthur Wilson is king county assessor and a former journalist and public affairs consultant.
Previous article
If God Has Anointed Trump, Is It Time To Dump God?
Next article
Which Voices And What Do They Say? A Fight For The Soul Of Our Media