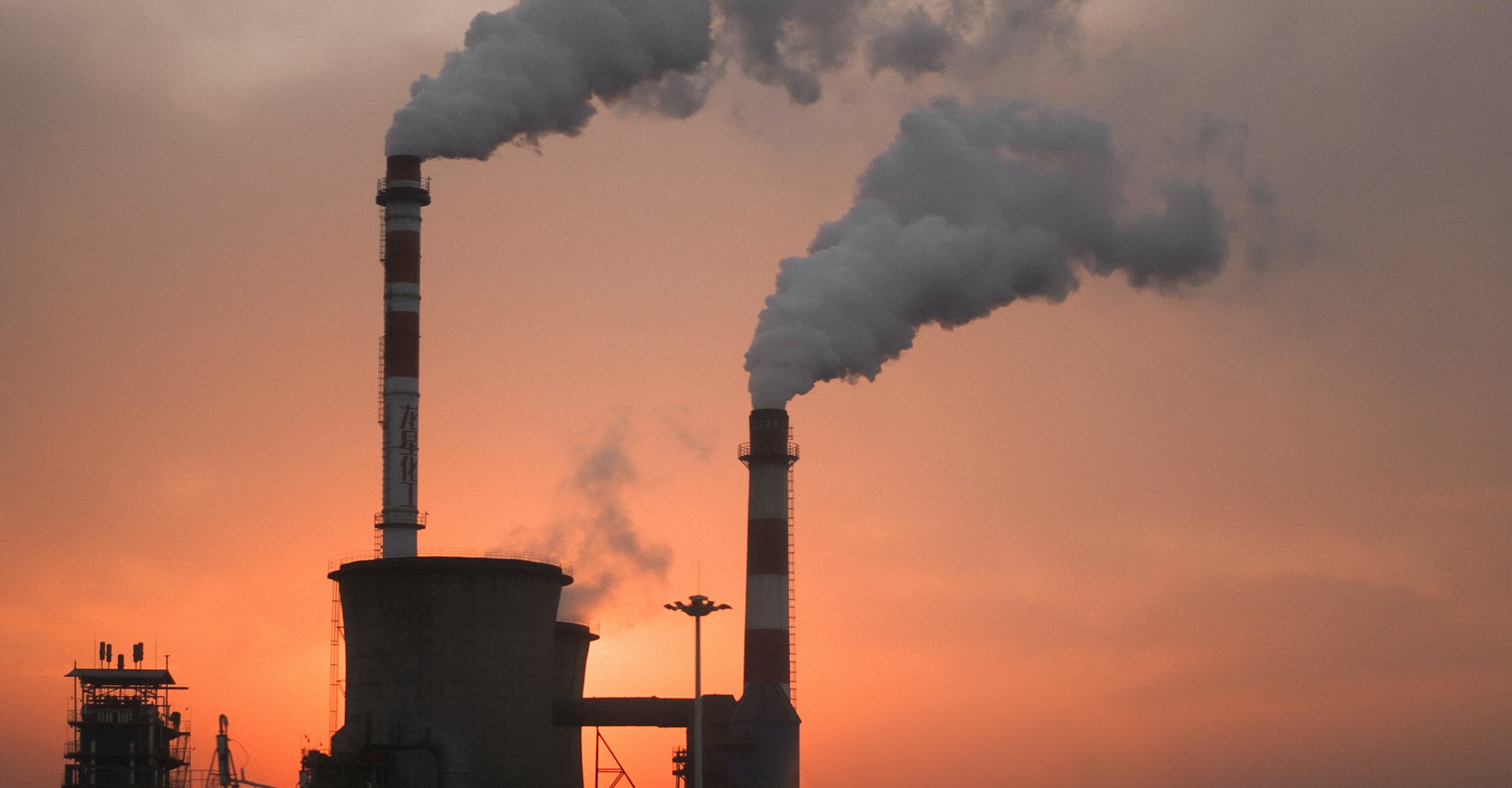 Our Corrupt Political Industry And How To Fix It

The US has been invaded by an enemy that’s killed 129,000 Americans so far and may take 160,000 before the end of July. You’d think our political leaders would be united on how to combat the COVID-19 crisis.

But it’s turned into yet another partisan battle—over mask-wearing, social distancing, whether to trust scientists, how soon to re-open the economy and whether more federal aid is needed to cope with the consequences.

The same is true about America’s other big crisis—what to do in the aftermath of the police killing of George Floyd. And about larger issues of racial inequity. The Democratic House and Republican Senate are at odds over what should be the first step, police reform.

You could blame it all on Donald Trump, the most divisive president in US history. But as Katherine Gehl and Michael Porter convincingly assert in their important new book, The Politics Industry: How Political Innovation Can Break Partisan Gridlock and Save Our Democracy, our national political system is designed to produce partisan polarization. It did so before Trump and will continue doing so when he’s gone.

And, without change, policy paralysis (and with it, national decline) will continue to be the inevitable consequence.

The authors take a novel approach to US politics—analyzing it as an industry. Porter is a celebrated Harvard Business School professor, author of 19 books on markets and competition, but he gives full credit to Gehl, a former Wisconsin businesswoman-turned political reformer for applying his ideas to politics.

Their aim is to reform elections by making them more competitive, open to more Independent and moderate candidates. They urge citizens to establish “free market politics” acting principally at the state level.

Right now, US politics is controlled iron-fistedly by a “duopoly”—of, by and for the Republican and Democratic parties, their donors, allied special interests and scores of vendors, pollsters, ad writers, idea suppliers  and friendly media outlets. As encouragement, they show that Americans have reformed politics before, when the Progressive Movement of the early 20th Century undid the polarization, paralysis, wealth concentration, monopolies’ control of politics, boss rule and labor strife of the late 19th Century Gilded Age.

US politics, they show, is a highly successful industry. It generates heaps of money. Counting federal and state parties, politicians and lobbyists, they estimate it’s a $100 billion “big business.” And, at the federal level alone, elected officials are responsible for doling out another $3.5 trillion a year It’s obviously a powerful industry.

To be successful, they write, an industry has to satisfy its customers—and the political industry does. Except, those it serves are not the American people. “The political-industrial complex” serves itself. As Gehl says, “American politics is not broken. It’s ‘fixed.’”

The public, on the receiving end of what the complex produces, is deeply dissatisfied with what it’s getting. Only 10 percent of voters told Gallup they had great confidence in the federal government—and that was in in 2019, before the COVID debacle.

Right now 68 percent think the country is on “the wrong track” and only 24 percent think it’s headed in the “right direction.” Only 25 percent identify as Republicans, only 31 percent as Democrats. A plurality, 40 percent, identify as Independent. Consistently, a majority says a third party is needed.

The result is that the US ranks 22d out of 36 OECD advanced countries in secondary school enrollment, 35th in maternal mortality, 33d in child mortality, 35th in homicide rates, 26th in discrimination and violence against minorities, 32d on political rights, 23d on freedom of expression, and 26th in overall social progress, according to  the 2019 Social Progress Index developed by Porter.

Any private industry producing such unsatisfactory results, Gehl and Porter write, would soon find competitors entering the market to challenge them.

But the Democratic and Republican duopoly systematically uses its power to freeze out Independent or third party competition. And it marginalizes moderates within party ranks who might be tempted to compromise with the opposition party to produce results.

It uses devices such as gerrymandering to insure that 90 percent of House seats are “safe” for a state’s dominant party. They’ve enacted “sore loser” laws in 44 states—both Red- and Blue-dominated– that forbid a candidate who loses a party primary from competing in a general election.

Party politicians also establish onerous ballot access requirements. And campaign finance laws allow an individual to contribute up to $855,000 a year to Democratic and GOP national committees, but only $5,600 over a two-year period to independent candidate committees.

At the presidential level, the Commission on Presidential Debates, controlled by the two parties, has set qualifications so high that only a self-financing billionaire is likely to earn enough name recognition to make it to the debate stage.

Party primaries are usually low turnout affairs dominated by the most ideologically committed partisans . Hence the only challenge a Member of Congress need fear is to be “primaried” by a more extreme left- or right-winger. And moderates lose or never run, so both House and Senate party caucuses become ever more polarized.

“Plurality voting,” whereby the leading candidate wins office even if he or she receives less than a majority of votes, creates the “spoiler effect.” Independent candidates don’t run (as Michael Bloomberg didn’t in 2016 and Howard Shultz didn’t this year) because to do so might elect the least desirable candidate.

In Congress, legislating by committee has been dropped in favor of party-leadership decision-making. Party leaders hand out committee assignments and chairmanships based on party loyalty and fundraising records. In the House, under the so-called “Hastert Rule,” a bill cannot come to the floor unless it is supported by a majority of members of the majority party—even if it has enough bipartisan support to pass.

The leadership-dominated House Rules Committee decides how much debate a bill will get and how many amendments will be in order. “Closed rules” disallow any amendments.

Gehl identifies herself as a former Democrat turned “homeless centrist Independent.” Porter is a “lifelong Massachusetts Republican.” They are equally critical of Republicans and Democrats. GOP Senate leader Mitch McConnell boasts that he is the “grim reaper” who kills Democratic bills. Harry Reid, the former Democratic leader, was just as partisan.

To their credit, House Democrats have passed an election reform bill, HR1, that would address gerrymandering, voter suppression, election security and campaign spending—and require all presidential candidates to disclose their tax returns. However, it does nothing to challenge the duopoly. It’s one of some 400 bills McConnell has blocked.

A robust—and increasingly successful—citizen-led political reform movement has developed, which the authors hope to enlist (with others, including business executives and philanthropists) to “save our democracy” by working on their proposed reforms.

So far, the movement has taken up RCV—whereby voters rank candidates and votes cast for losing candidates are assigned to higher-ranked candidates until one has a majority.

But while 22 states conduct “open primaries” not limited to party members, only two (California and Washington) produce “top two” general election finalists. Alaska is voting this year on a “top four” system and it may be on California’s 2024 ballot.

Gehl and Porter think “top five” (or four) plus RCV will encourage more candidates to run—and, to win, they will have to avoid negative campaigning and extreme positions to become voters’ second choice.

Once a cadre of moderate “free market” winners is elected—from as few as 10 states, they say—they can use their balance-of-power position to force legislative reform.

The authors are less specific about legislative reform than about election reform, but clearly they have in mind reversing policies that now reward partisan loyalists who constantly fight with the opposition, but effectively collude to produce no good result.

Gehl and Porter are under no illusions about how difficult a time reformers will have. Democrats and/or Republicans and attached special  interests have fought every change that would dilute their power—and work to reverse many that voters install.

But, they say, it’s worth the fight. Just look around at what the duopoly has produced and remember all the changes for the better the Progressive Movement brought about.

A version of this article appears in RealClearPolitics.com.

Mort Kondracke
Morton Kondracke is a retired Washington, DC, journalist (Chicago Sun-Times, The New Republic, McLaughlin Group, FoxNews Special Report, Roll Call, Newsweek, Wall Street Journal) now living on Bainbridge Island. He continues to write regularly for (besides PostAlley) RealClearpolitics.com, mainly to advance the cause of political reform.
Previous article
Real As It Gets: Kristine Reeves On Going From Homeless To Running For Congress
Next article
Let’s Get Real: A (Modest) Proposal For A New National Anthem