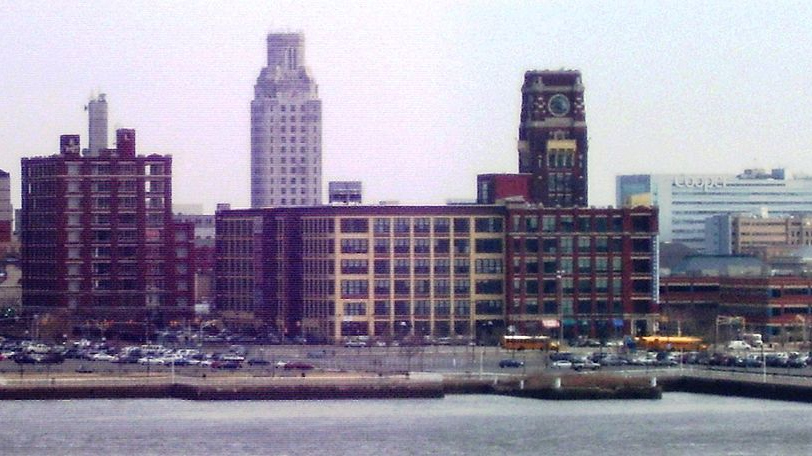 How Camden, N.J. (Of All Places) Transformed Its Police Force

We need all the hopeful stories we can get these days. Stories about change that remind us that progress can be made. I suspect there are far more of these stories than we might imagine. Here’s one from Camden, New Jersey, a 73,000 person city that was once rivaling Honduras for the title of murder capitol of the world.

As always with stories like these, leadership is key. Giving leadership was J. Scott Thomson, a Camden native and police chief. His Christian faith is at the heart of his work. Of course, a good leader is necessary but not sufficient. You need, in this case, a workforce and a wider community that a leader engages and mobilizes.

One of the most interesting elements of this story is that successful reform and re-focusing required big, radical steps. The existing police department was dis-banded. Not every force needs that, but a fair number may. In time, 45% of the officers were re-hired, but for a new kind of job. One that Thomson said will be more like being in “the Peace Corps” than in “Special Forces.” I’m guessing that’s an approach to policing that many in this field — perhaps younger people — really want.

Not only were 55% of the existing force not re-hired, the existing contract with the police union was thrown out. Those are big, serious shifts. If you want real change, you have to make actual changes.

Often in trying to change the culture of an organization or institution, the changes remain so incremental that, even smart, well-intended ones don’t really get to a level or scale that makes a difference. Key power-holders remain in place as stoppers, holding onto power and privilege, making real change unlikely. At least that is my observation from my work in a different type of institution, the church. Or churches engage in “work avoidance,” putting major energy and resources into things that aren’t the real challenges.

To put this a somewhat different way, we ask leaders to really make big changes, but seldom are they given the power and authority to make it happen. The line I like to cite in writing about what organizations want is, “Fix everything, change nothing.” A variation is, “you have all the responsibility but, oops, not much real authority.” In Camden the situation was so bad that making radical change was possible.

Sometimes the churches that really turn it around are down so low, are so nearly dead, that then real change is possible. It may be easier to transform a next-to-dead church than one that is sort of muddling along, one that may have been slowly declining for years, but still has enough strength to not see the need for big change.

Thomson emphasizes “community policing.” That can become a buzz word. What struck me from this report is that it meant building relationships between police and people in the community. Getting to know people as people, working together on common projects even as simple as a community block party. Officers getting out of their cars onto the streets. Building trust is fundamental. With relationships and trust, you can get a lot done. Without them, nothing gets done. With them, police and community become partners in building a healthier society.

I also liked the emphasis Thomson put on his faith and his church. His Roman Catholic church too has been a real presence in the community, building relationships and trust in a hard time. And Thomson is right. If you’re facing suffering and evil on a daily basis, you need a larger framework of meaning. You need spiritual grounding and faith community.

I do encourage you to read the linked article from the National Catholic Reporter. I wanted to share it, because we need stories of hope and progress. It can be done. It is being done. It isn’t easy, but it is possible.

Anthony B. Robinsonhttps://www.anthonybrobinson.com/
Tony is a writer, teacher, speaker and ordained minister (United Church of Christ). He served as Senior Minister of Seattle’s Plymouth Congregational Church for fourteen years. His newest book is Useful Wisdom: Letters to Young (and not so young) Ministers. He divides his time between Seattle and a cabin in Wallowa County of northeastern Oregon. If you’d like to know more or receive his regular blogs in your email, go to his site listed above to sign-up.
Previous article
When The UW Returns: Best To Bet Online
Next article
Seattle Faces A Budget Reckoning. Here’s What We Learned Last Time.