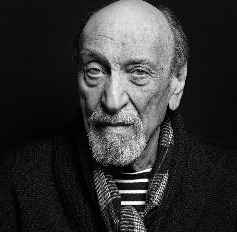 If there’s one thing we’ve learned during the Corvid-19 pandemic, it is that life is fleeting. Those who were very much with us one day have suddenly left this life for the next.

Just this week I heard about the loss of a man who the Seattle Times once called the “the hound of local government.” That one-of-a-kind character, lost at 94 to covid-19 related pneumonia, was Paul W. (for William) Locke.

Throughout my 12 years at City Hall, Mr. Locke was a constant. He was a fierce political activist and a living legend who haunted meetings and hearings of the Seattle City Council, King County Council, Sound Transit and Puget Sound Council of Governments.

At Seattle City Hall, you could see Mr. Locke seated in a favored seat, usually in the front row of the council chamber, 10 seats from the right side. He habitually signed up to speak at committee meetings. In time, councilmembers could have written his speeches. He would tell us to “stop wasting so dang much money.”

He always wore the same uniform: a spotlessly clean plaid shirt and khaki trousers. In later years he sported a white beard and his forehead kept growing at the expense of his sparse white hair. He was a slight, wiry figure with a pinkish complexion and piercing black eyes that seemed to see all and damn whatever he saw.

So much a fixture was he that King County Councilmember Peter von Reichbauer once offered him his own nameplate, saying that he “had better attendance than some of the council members.”

It was enlightening to read about Mr. Locke’s back story in his obituary. He grew up on a berry farm in Yelm during the Great Depression and served his country, retiring as a U. S. Army mail clerk in 1968. A lifelong bachelor, he lived frugally — without a phone — in his cooperative apartment on Capitol Hill.

He had a long second career — 50 year fighting government spending. He explained that it gave him “something to do.” His self-assigned role as village scold lasted until 2018 when he moved to Crossland Adult Family Home to spend his last months at the dining room table retelling his Army stories.

The halls of our local governments will not be the same without his watchful presence. Maybe he’ll have younger surrogates. But, to tell the truth, they’re more apt to favor “tax and spend” than to admonish officeholders telling them “to stop wasting every penny.”

Jean Godden
Jean Godden wrote columns first for the Seattle Post-Intelligencer and late for the Seattle Times. In 2002, she quit to run for City Council where she served for 12 years. Since then she published a book of city stories titled “Citizen Jean.” She is now co-host of The Bridge aired on community station KMGP at 101.1 FM. You can email tips and comments to Jean at jgodden@blarg.net.
Previous article
Indexer: Empty Roads Coming To An End? Yes, But Slowly
Next article
We’re Number One! (In Property Crime)