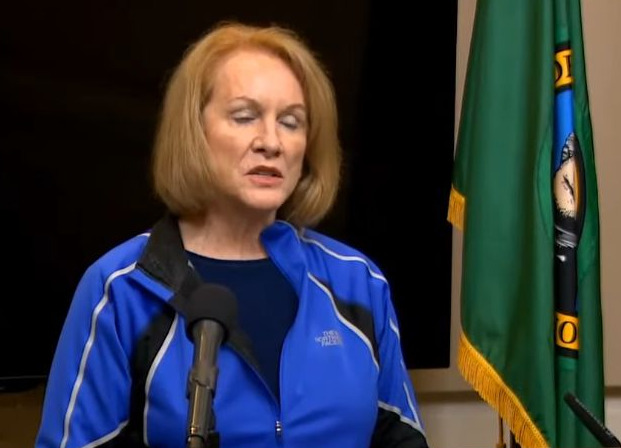 It was a really bad week for Seattle Mayor Jenny Durkan.

Among demands arising from the protests, taking these kinds of tools out of the hands of police met widespread approval as the public, stunned by the breadth of the protests nationally and the numbers of people involved here, began to weigh-in on what should be done.

Durkan heard this clamor from the streets, the public, and perhaps her own advisors. A week earlier she banned tear gas for 30 days. Nevertheless, that was far from enough to take control of the issue, to stand her up as a leader. Then, unfortunately, thanks to exceptions allowed in the order, Seattle police used tear gas again only a few days later.

Into the space Durkan left open roared the City Council with its ban on a broad range of police armaments that, as seen on TV and experienced on Pine Street, seemed at best overused, probably misused, and very much at variance with the de-escalation tactics police had learned in recent May Day demonstrations. The council’s bill was sponsored by Durkan’s nemesis, Councilmember Kshama Sawant, who on the issue easily claimed the leadership role from the mayor. It passed unanimously, 9-0.

Then came Tuesday. Councilmember Teresa Mosqueda in a news conference announced a business-payroll tax plan to deal with Covid-19, homelessness, affordable housing, and income inequality. After some months of development, it’s meant to be a (little) tamer and (much) more palatable proposal than the one her colleagues Sawant and Tammy Morales have been pushing uphill for a year.

Unlike Sawant and Morales, though, Mosqueda did her homework. She did the politics, not the grandstanding, and, according to her news release, the plan was “crafted in collaboration with hundreds of Seattleites and diverse organizations.” Here’s a partial list: Housing Development Consortium, OneAmerica, Seattle University Homeless Rights Advocacy Project, Expedia, Ethan Stowell Restaurants, Ironworkers Local 86, United Food and Commercial Workers Local 21, and Service Employees International Union 775.

Business, labor and community groups. Many of them Durkan supporters from her 2017 election victory.

Dick Lilly
Dick Lilly is a former Seattle Times reporter who covered local government from the neighborhoods to City Hall and Seattle Public Schools. He later served as a public information officer and planner for Seattle Public Utilities, with a stint in the mayor’s office as press secretary for Mayor Paul Schell. He has written on politics for Crosscut.com and the Seattle Times as well as Post Alley.
Previous article
How The Once-Powerful State GOP Blew Its Chance To Elect a Governor
Next article
The Glaring Gap In Reading Skills In Seattle Schools: Systemic Racism Writ Large