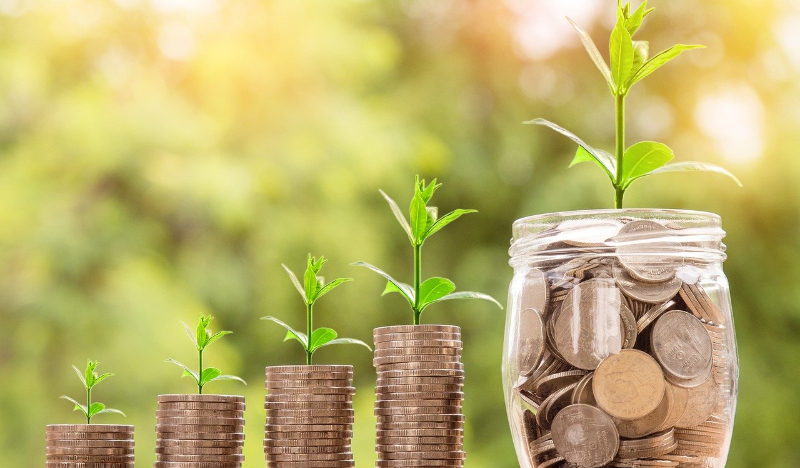 Unemployment shot up but Savings… have Soared?

Employment has fallen dramatically in the past two months, but with federal backfilling, household incomes are actually rising. And as Americans sit at home, chunks of their paychecks, their $1,200 bonus and maybe even their unemployment benefits, lie unused in checking and savings accounts. Money is piling up in the banking system, to the tune of trillions of dollars.

On May 29 the U.S. Bureau of Economic Analysis released its initial estimates for personal income and consumption for the month of April. April is particularly important because pretty much everything that was going to be shut down for the coronavirus attack was closed for the entire month, so we get a good sense of the drop in spending. At the same time, the massive federal assistance programs were mostly in place for April, so we can see the impact of those payments on the income side.

Well, at the risk of being repetitive, it was a pretty strange month. Nationally, employment fell by about 15 percent. But total disposable personal income in the country rose by 13 percent, due to the influx of federal dollars (supplemental unemployment payments, $1,200/person payments). At the same time, personal consumption spending fell by 13.6 percent.

The result of more income and less spending is, not surprisingly, more savings. A lot more savings: almost $500 billion above the normal levels of February. The BEA estimates the savings rate at 33 percent, versus the normal 8 percent. In other words, one out of every three dollars coming into household bank accounts is staying there.

Figure 1 shows the basic disposition of personal income over the past three months. February was relatively normal, March had the beginnings of the shutdown, and April was full shutdown mode.

Spending on durable goods and services continued to decline. Spending on non-durable goods, which had risen slightly in March due to heavy stockpiling of food and household items, dropped back below its February level. Meanwhile, savings, the blue bars, grew dramatically, soaking up both the new income from federal programs and the income not spent on goods and services. A large part of the drop in spending was due to the closure of businesses, and it will be some time before we know how much spending fell at the retailers that remained open during April.

This flood of money into savings shows up in banking data that is tracked weekly by the Federal Reserve: total deposits in U.S. commercial banks increased from $13.4 trillion in mid-February to $15.4 trillion in mid-May. That is an increase of $2 trillion in bank deposits in three months, or about 40 percent of one quarter’s GDP. Those deposits come from a number of places, including the half-trillion dollars that households accumulated in March and April, additional accumulations of savings in the first half of May, and cash that businesses and institutions are stockpiling.

Equally dramatic things are happening on the credit side of banking. Households are cutting back on consumer debt—mostly credit cards—as they have fewer reasons to whip out the plastic. Businesses, on the other hand, are loading up on debt to keep themselves afloat. Businesses have taken out over $700 billion in loans in the past two months, increasing total loan exposure by 30 percent.

Figure 2 shows the change in total deposits and loans beginning the week of February 26.

We see that commercial credit (green) climbs dramatically, with a quick 30 percent increase. As we might expect, real estate loans (yellow) are flat, as the crisis is too early to have a big impact in that area. Consumer credit (blue) drops 10 percent in just a few weeks, and then levels off. Total deposits (orange) increase about 13 percent during this period—that’s the $2 trillion.

We are seeing two important measures of economic wellbeing—household income and GDP—behaving differently. With generous unemployment benefits and the $1,200 payment keeping households mostly whole, incomes are increasing in the near term, even in the face of widespread unemployment. GDP, on the other hand, is a measure of transactions, so when households don’t spend the money they have, and leave it in the bank, GDP falls.

Why are we saving more and borrowing less? Certainly many households are socking away money to cover expenses if their unemployment persists, and many households that still have jobs will save against general uncertainty. But these behaviors would have been present in the past two recessions, and yet there was no similar impact on banking—deposits grew modestly and consumer credit was flat or increasing. This highlights the really new feature of this downturn: the effects are more on the supply side than the demand side. Households are just not able to buy the goods and services they want and would rather sit on the cash than spend it on more stuff from Amazon.

This availability of funds on the part of consumers and households is behind the hopes for a “V” shaped recovery. When retailers and service business open back up, all that cash comes flooding out and brings the economy back to normal. Right??

Maybe, but there is always the fear factor. I may have money to spend, and a real itch to get out of house-arrest, but I might not be ready to get too close to my fellow ex-cons. Early indications from states that have started to open up is that the crowds in businesses are not exactly huge. Although people will have money in their pockets, they may be a bit too timid to spend it for a while. And some will realize they have gotten along just fine without many goods and services and will continue to do so.

Within a few months those generous federal benefits will run out and households that still have not gotten back to work in the reopening will face difficult times with just the normal unemployment insurance payment levels. For those households, that cushion will be a good thing to have.

Michael Luis
Michael Luis is a public policy consultant who has been wrestling with housing, growth and economic development issues around Washington State for over 30 years. He is author of several books on local history and served as mayor of Medina.
Previous article
The Bra, the N95 Mask, and the Little designer who made the Connection
Next article
“Defund the Police” Gets Real