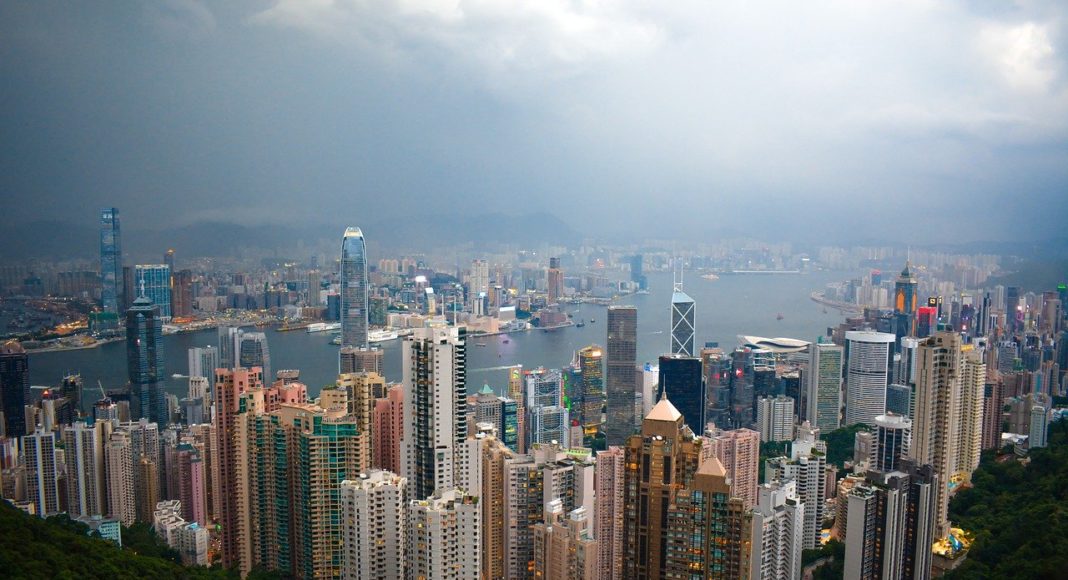 Neither President Donald Trump nor Chinese President Xi Jinping is letting the coronavirus pandemic get in the way of their trade disputes and diplomatic provocations.

The leaders of the world’s biggest economies are ratcheting up the animosity to distract attention from their own missteps in tackling the global health and economic crises.

Trump’s “blame China” strategy for dealing with the virus that has killed more than 100,000 in the United States reflects a desperate reach for a new re-election campaign theme now that the U.S. economy is suffering job losses unseen since the Great Depression.

Xi is taking advantage of a world preoccupied with fighting COVID-19 to revoke the promise of Hong Kong’s autonomy made when the former British colony was restored to Chinese rule in 1997.

Trump announced Friday that he was cutting ties with the World Health Organization and the U.S. government’s $450 million in annual funding. He accused the U.N. agency of complicity in China’s initial efforts to hide the extent and severity of the virus outbreak in the city of Wuhan and Hubei Province.

At the same White House press conference, Trump responded to the Chinese government’s new security law aimed at quelling pro-democracy protests in Hong Kong by threatening to end the city’s special trade status with the United States — a strike at mainland China’s economy that would likely destroy Hong Kong’s in the process.

As Europe and the Americas remain focused on reining in the spread of COVID-19, Trump and Xi have also been taunting each other with displays of military force and circulating conspiracy theories about the virus having been intentionally spread.

The Chinese National Congress adopted the security law for Hong Kong last week in contravention of the city’s Basic Law, the mini-constitution that was supposed to guarantee Hong Kong the rights and freedoms enjoyed as a British colony under a policy of “one country, two systems.” The new law empowers the mainland army to crush dissent in the name of national security and protection of sovereignty. Its passage ignited fresh violence in the Asian financial hub and has had the unintended consequence of emboldening a movement under the incendiary slogan: “Hong Kong independence, the only way out.” Fears are rife that another deadly confrontation like Tiananmen Square in 1989 lies ahead.

The impending crackdown on Hong Kong’s pro-democracy movement prompted swift U.S. warnings of retaliation. Secretary of State Mike Pompeo declared Wednesday that Hong Kong is no longer considered autonomous from Beijing. That proclamation was a necessary step ahead of termination of Hong Kong’s special trade status with the United States. Trump made no mention of when he plans to end the relationship that has spared Hong Kong from much of the damage inflicted by his trade war with the mainland. With 1,400 U.S. companies doing business in Hong Kong that brought in $67 billion in 2018, Trump’s threat to end the special trade status could backfire with U.S. investors there.

Hong Kong suffered billions in losses during months-long protests in 2019 after pro-Beijing officials in the city’s leadership attempted to pass a law that would subject Hong Kong citizens to extradition to the mainland to face charges brought by the Communist regime. Unrest raged for five months, easing only after pro-democracy activists handily won city government elections last fall, diluting the influence of officials pressing Beijing’s agenda. The coronavirus further dampened protests until the mainland Communists drafted the security law.

A U.S. cutoff of trade with Hong Kong would inflict severe damage to the prosperity and stability of the city before its affects would be felt in Beijing. China already faces one of its worst economic crises in decades due to job losses and factory closures mandated under the government’s tardy but comprehensive lock down earlier this year.

Despite the ongoing damage to both the U.S. and Chinese economies from the leaders’ power plays, neither Trump nor Xi has shown a willingness to tone down the hostile rhetoric driving the trade war and squandering opportunities to cooperate on a global strategy for eradicating COVID-19. Nor has either leader pledged to share a vaccine against the virus should their nation’s scientists be the first to develop one.

“Once again, the city finds itself in the front line of a new cold war. The values – freedom, diversity, openness, inclusion – that define the city are universal,” Ching Kwan Lee, a UCLA sociology professor and chairwoman of the Society for Hong Kong Studies, wrote in an opinion piece for the Los Angeles Times on Thursday. “The world should stand with Hong Kong because it belongs to the world, and if Hong Kong burns, the world gets burned too.”

The confrontation in Hong Kong has also aggravated tensions between Beijing and Taiwan, the democratic island state that China regards as a rebellious province that will be reunited with the mainland, by force if necessary. Taiwan President Tsai Ing-wen announced Wednesday that her government would be drafting measures to provide humanitarian relief to the pro-democracy forces in Hong Kong and pledged Taiwan’s support for those fighting to save their freedom.

U.S. allies in Europe reacted with alarm to Trump’s cutoff of WHO. The European Union urged him to reconsider the move as it undermines global coordination of efforts to eradicate the contagion and to develop a vaccine against it.

WHO Director-General Tedros Adhanom Ghebreyesus proclaimed a global health emergency on Jan. 30, when there were fewer than 100 cases outside of China and no deaths. He defended the agency’s handling of the crisis on May 1 by pointing out that “the world had enough time to intervene.”

The United States has by far the highest illness and death tolls from COVID-19, with more than 102,000 dead and 1.7 million infected. The pandemic has also caused 41 million to lose their jobs as businesses and public operations shut to control the spread of the virus.

Carol J Williams
Carol J. Williams is a retired foreign correspondent with 30 years' reporting abroad for the Los Angeles Times and Associated Press. She has reported from more than 80 countries, with a focus on USSR/Russia and Eastern Europe.
Previous article
Celebrating Cinerama – It Made Watching Movies an Event
Next article
Looking For Signs Of Century-Old Clam Gardens