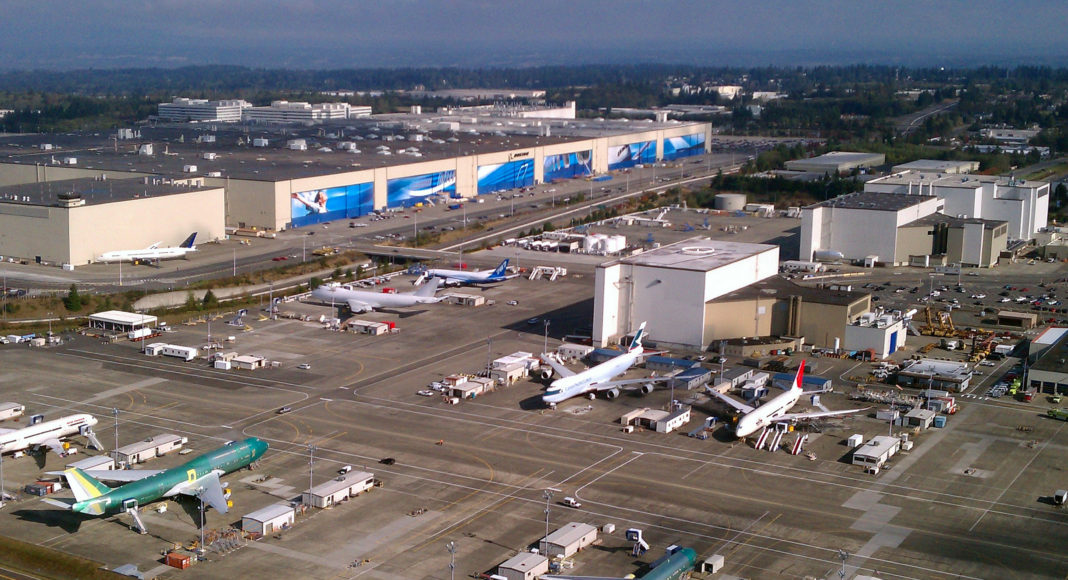 It Won’t Be Your Grandfather’s Boeing Bust

Few things are certain about the Puget Sound Economy in the next year, but one thing is guaranteed: large employment reductions at Boeing. These reductions will hurt the regional economy, but not nearly as much as past Boeing job cuts. Boeing is still the region’s biggest employer, but accounts for a gradually diminishing share of all jobs.

As happened in 2001, in the wake of the 9-11 attacks, air traffic has fallen dramatically. Airlines have seen their revenue plummet and have no real idea how long it will take to for passengers to return. To preserve cash in this uncertain environment, airlines will cancel orders for new aircraft or push out delivery dates. Boeing will respond by reducing production rates and cutting employment. This is a well-trod path, and specific production cuts should be announced on April 29. The company is hoping to accomplish much of its force reduction through voluntary programs.

At the beginning of 2020, Boeing employed about 4.5 percent of the two-county workforce, having dropped from nearly 20 percent at its peak in the late 1960s. The employment multiplier for Boeing has been around 3.9, so Boeing supports, directly or indirectly, about 18 percent of the total workforce. This is still a large impact for one firm to have on a metro area of Seattle’s size, but we are much less of a Boeing town than we were a few decades ago.

The drop in Boeing’s economic impact follows the general drop in manufacturing employment as a share of all employment. Figure 1 shows the change in the share of total employment for four sectors of the economy from 1969 to 2018.

Aerospace employment shows considerable variation. In the late 1980s, Boeing was working on two major programs—474-400 and 777—and once those programs settled down, employment was reduced. Boeing employment picked back up in the late 1990s, but then dropped significantly after 9-11. Aerospace peaked again in 2013, at 92,000, and has fallen since.

Other manufacturing sectors have seen variation and have fallen as well. Figure 3 shows the sectors in Figure 2, but without aerospace. These sectors generally follow the same peaks and dips as aerospace, but have done better since 2010.

As manufacturing employment has been falling in absolute terms, the region has seen steady employment growth, nearly all of which has been in services sectors. Figure 4 shows employment composition for King and Snohomish counties with major service sectors broken out.

The green band at the bottom is the entire goods producing sector, including manufacturing, construction and natural resources. In all, it is flat for the period. All of the service sectors show growth. The software industry is included in third band from the bottom, information, and Amazon is embedded in the trade, information and business sectors.

The shift in the economy toward services is due to uneven improvements in productivity. Nationally, since 1990, employment in goods producing sectors has fallen 35 percent, dropping from 23 percent to 15 percent of total employment. But the output of the goods producing sector, as a share of GDP, has declined only 16 percent, from 25 percent to 21 percent. Employment falling faster than production means that each remaining employee is producing more goods, and the price of those goods will decline.

But we have a limited capacity to use physical goods, so just because something becomes less expensive, does not mean we buy more of it. We just shift the savings from less expensive goods into the purchase of services. There is only so much room in our houses for goods, but there is almost unlimited capacity in our lives to consume services, with most of this new service spending going to healthcare.

The good news is that the manufacturing activity that remains in the Seattle region is quite strong. Boeing, for all its troubles, is part of a duopoly that is under no immediate threat. Seattle’s position in the outer edge of the country has always meant that manufacturing activity in the region would be concentrated in high value added products for which transportation costs are not a factor. Hence, the strong position of the region in durable goods manufacturing, versus non-durable goods.

Manufacturing operations should be among the earlier worksites to reopen after the coronavirus becomes less of a threat. All manufacturers will struggle with big unknowns around global supply chains and customer bases. The degree to which manufacturing patterns that have evolved over the past few decades change permanently is a large and important question not just for the Seattle economy, but for the global economy.

This story is from our partner Puget Sound Indexer

Michael Luis
Michael Luis is a public policy consultant who has been wrestling with housing, growth and economic development issues around Washington State for over 30 years. He is author of several books on local history and served as mayor of Medina.
Previous article
Out in Public: Rethinking our Shared Spaces?
Next article
Italian Diary: From the other side of the Curve