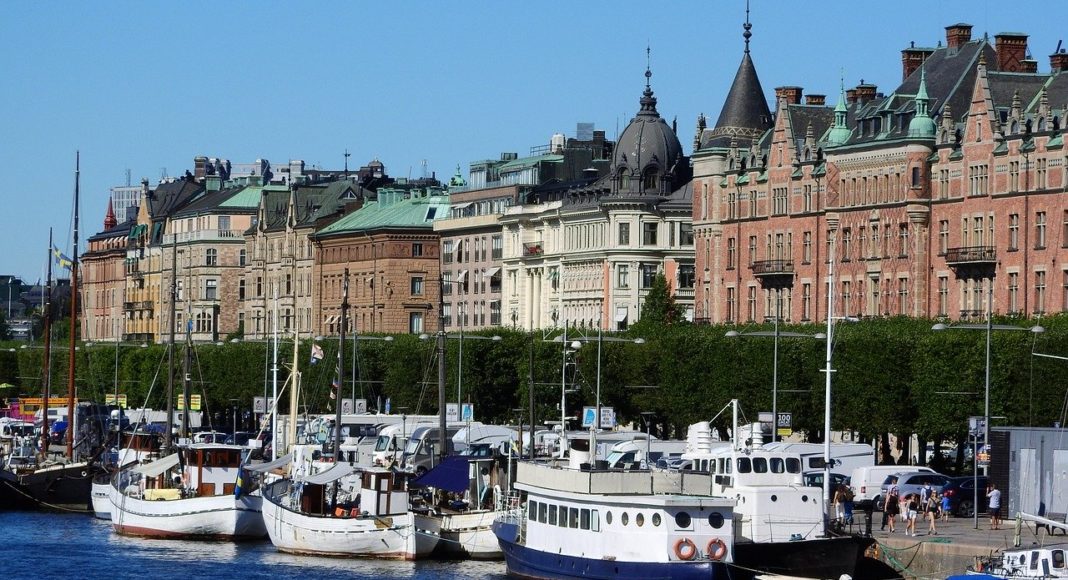 Sweden’s dubious strategy in tackling the threat of Covid-19 triggered alarm among health officials and political leaders on Friday when a spike in the number of new infections was reported for a second day and less than a week after authorities said the outbreak was easing.

Swedish Prime Minister Stefan Lofven has declined to impose mandatory lockdowns or social-distancing orders amid the pandemic that has killed nearly 200,000 people worldwide, more than a quarter of them in the United States. In affluent Sweden, restaurants, pubs, schools and businesses remain open, with the government recommending people use “common sense” to protect themselves from the deadly contagion.

Public health authorities in Stockholm reported 812 new cases of the coronavirus infection and 113 more deaths to the virus-tracking analysts at Johns Hopkins University. That brings the Swedish case count to 17,567 and the death toll to 2,152. In a country of just 10.2 million people, those figures represent the most deaths per capita and the highest fatality rate – 12% — in Northern Europe.

The spike in recent days spurred government warnings that if people let their guard down amid the sudden burst of spring sunshine that public venues will be shut down.

“We have received reports that people in Stockholm are starting to relax and enjoy the weather. I want to be very clear that the restrictions in pace are not just general advice” Stockholm Mayor Anna Konig Jerlemyr told a news conference. “This is a warning to all restaurants that are not taking responsibility: You will be closed down unless you follow restrictions.”

Interior Minister Mikael Damberg, in charge of public safety, called the virus spread “a critical situation and it’s time to follow the guidelines.”

Like much of the developed world, Sweden advised on March 11, after Covid-19 was declared a global epidemic, that people shouldn’t gather in groups of 50 or more. Authorities have advised the population to avoid activities that could spread the sickness. But no mandatory lockdowns or orders to curtail nonessential services or travel have been issued.

The pandemic hit the countries of Northern Europe around the same time last month. Finland, Norway, Denmark and Germany took swift and drastic action to prevent its spread. Sweden as of Friday had seen 21 deaths per 100,000 population, compared with 3.7 per 100,000 in neighboring Norway, 3.2 in Finland, 6.9 in Denmark and 6.8 in Germany.

Sweden’s percentage of confirmed cases leading to death is dramatically higher than its neighbors, with 12% of patients in Sweden succumbing to the virus, 2.6% in Norway, 4% in Finland, 4.7% in Denmark and 3.6% in Germany.

All countries in the region have state-of-the-art health care networks that cover their populations, leaving Sweden’s outlier approach to pandemic the suspected culprit in the disproportionate tolls.

Data modeling by Seattle’s Institute for Health Metrics and Evaluation projects Sweden will not reach its peak of virus deaths and hospital resource demand for another 26 days. The University of Washington laboratory that has accurately predicted the Covid-19 impact on the United States and elsewhere forecasts 252 deaths in Sweden on May 20 and massive shortages of hospital beds and intensive care capacity.

Sweden’s state epidemiologist, Anders Tegnell, reported on Sunday that the rise in new infections appeared to have reached “a sort of plateau.” He added his voice Friday to those calling on the population to take the threat seriously.

“There have been more deaths than expected. It is definitely not over,” Tegnell told journalists in Stockholm.

One hope of Sweden’s laid-back approach to containment was that Swedes might develop “herd immunity” from any future outbreak of the novel virus. Researchers at the Karolinska University Hospital and Karolinska Institute released preliminary findings on Thursday that at least 11 of 100 blood donors tested had developed antibodies to the coronavirus. The report was withdrawn along with another that forecast 600,000 residents of Stockholm could be infected by May 1, the authors claiming errors found in their calculations.

Carol J Williams
Carol J. Williams is a retired foreign correspondent with 30 years' reporting abroad for the Los Angeles Times and Associated Press. She has reported from more than 80 countries, with a focus on USSR/Russia and Eastern Europe.
Previous article
Rebecca Solnit’s Book: Remaking Our Lives Amid Major Disasters
Next article
Comparing British and American Pandemic Politics