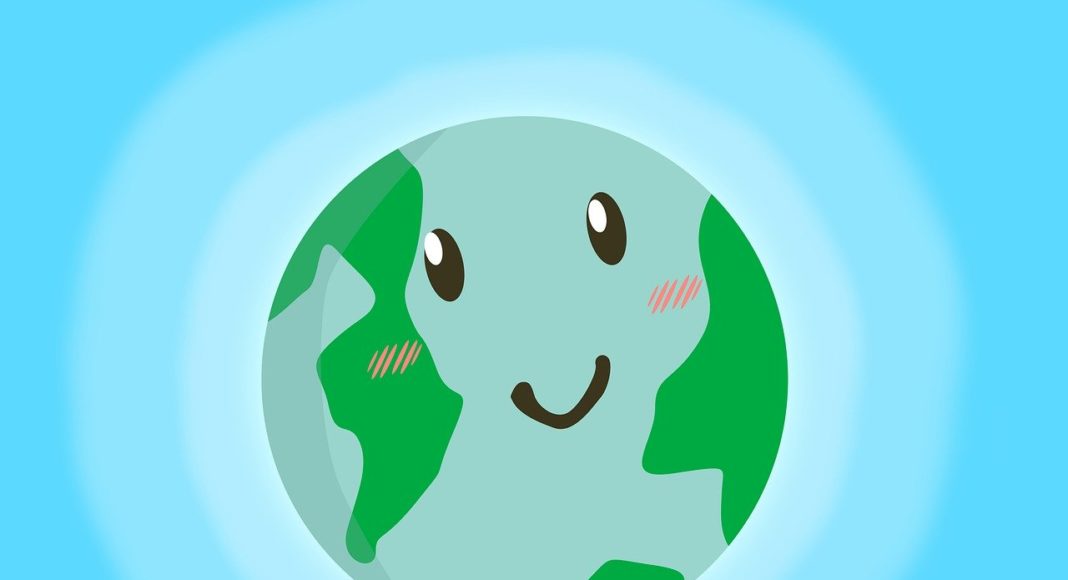 Earth Day At 50: Present At The Creation, Anxious At The Birthday

Fifty years ago, on Earth Day I, a very nervous young television newsman sat across from an even-younger future environmental star and set about launching Earth Day, neither of us thinking we would still be doing our gig half a century later.

Denis Hayes was the 25-year-old nascent environmental leader, and I was the 34-year-old news analyst and host of Viewpoint on KGW-TV in Portland, the local affiliate of King Broadcasting and the Bullitt family. The Bullitt imprint is still indelible on both of us.

That Viewpoint show was my first at KGW-TV. I had just been hired from the Salem morning daily, The Oregon Statesman, to fill the very large shoes of Tom McCall, who founded the show and the position of news analyst in the late 1950s. I was unschooled in television and knew the Capitol in Salem a lot better than Portland in those days.

Scrambling to find a guest, I learned that the coordinator of Earth Day came from just across the Columbia in the small town of Camas. Might he be home on this momentous occasion, or would he be with the founder, Wisconsin Sen. Gaylord Nelson? I tracked Denis Hayes down and the rest, of course, is history.

I have little recollection of our discussion that day, only that Denis was a very bright young man with a promising future.

In Portland, 1970 was a legendary year. Tom McCall, now governor, sponsored the first (and last) Vortex Festival, a rock concert in a state park miles from downtown Portland, to draw youth away from a promised Yippies march on an American Legion Convention. There were also riots and police violence at Portland State University. And, oh yes, Earth Day.

Environmentalism in 1970 focused on air and water pollution, chemicals in our food and farming, and the beginnings of alternative-energy solutions. The speaker in demand in those years was Amory Lovins, another young man with a plan; his radical ideas for “soft energy” are now mainstream.

Denis Hayes and I may have discussed some of the early environmental initiatives by the administration of President Richard Nixon. Many of the milestones that still guide our federal programs (those President Trump has not destroyed) were forming in 1970, heavily influenced by Washington Sen. Henry (Scoop) Jackson, who chaired the key  committee in the Senate. William Ruckelshaus, later of Seattle, was named Nixon’s first chair of the Environmental Protection Agency, later in 1970.

It seemed like a transitional time. The first rumblings of what we now call “climate change” but was earlier known as “global warming” were just appearing. A young congressman from Tennessee named Al Gore began in 1976 speaking out against the rising temperatures.  Lovins and others were championing early solar energy plans.

Fifty years later, we seem to be approaching another important transition, pushed by the dual threats of a second Trump term and fear of global pandemic. The big Earth Day celebrations planned and then cancelled might have helped push back the multiple threats to the environment emerging from the White House. Democrats have been slow to mount an aggressive climate-change agenda, and the dominance of pandemic news and fears does not bode well for climate to influence the November election.

Where do we go if Trump is defeated? The emphasis of a new Democratic administration is certain to be recovery from pandemic, both economically and in terms of preventing a repeat chaos. More billions will be poured down those yawning chutes; climate change may be set back for years that cannot be lost.

Young leaders must emerge to prevent this from happening, just as young people like Denis Hayes, Amory Lovins, William Ruckelshaus, and Al Gore pushed their elders in the 1970s. One of the major challenges in the year ahead is to hear those voices.

Before Covid-19 became a household word, I had hopes for a genuine climate thrust in a new Democratic administration, particularly with a Democratic Senate. This should go beyond simply restoring the environmental progress of the Obama years, which is necessary in any case. I could envision a new cabinet-level effort, perhaps headed by Jay Inslee, who has burnished his portfolio with his leadership on the pandemic.

Such an effort would also serve a secondary purpose, that of returning the United States to a position of respect in the international community. It isn’t that we have retreated from the field of climate change—we have abandoned the field. Fifty years after we raised the flag on the first Earth Day, our president is the last of the die-hard climate deniers and a pariah at international conferences.

When we are released from our pandemic hidey-holes, there is a need for Americans to move on to the true existential threat of our time, the warming globe. Young people, who sometimes seem blasé to the coronavirus threat, understand better than we oldsters the true cloud hanging over the world today. Democrats need to address that concern, not just to win in November, but to preserve the global environment for decades to come.

In the spirit of Earth Day I, if you will.

Floyd McKay
Floyd J. McKay, emeritus professor of journalism at Western Washington University, covered Pacific Northwest politics as a reporter and opinion writer for four decades, primarily in Oregon. He was commentator/news analyst at KGW-TV (King Broadcasting) from 1970 to 1987. Previously a print reporter, he returned to print and online reporting and commentary from 2004 to 2017 with the Seattle Times Op-ed page and Crosscut.com. He is the author of Reporting the Oregon Story: How Activists and Visionaries Transformed a State (Oregon State University Press, 2016). He lives in Bellingham.
Previous article
Resilience-as-a-Business-Model: A Roadmap For Seattle’s Future
Next article
And Now For Something Completely Cynical: The COVID-Era TV Ad