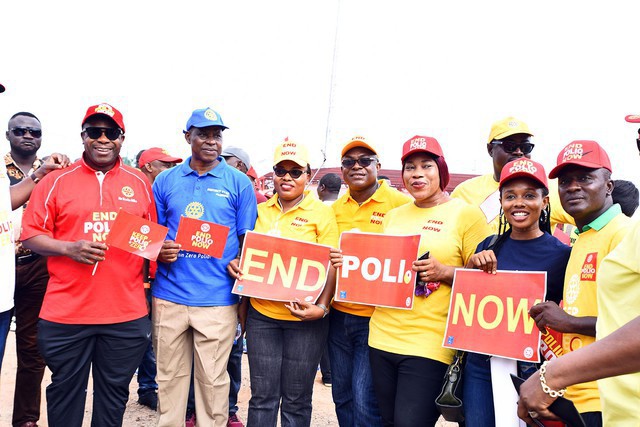 Corona hysteria abounds here in Seattle, a scant five miles from the epicenter. It is all we talk about, and everyone knows someone who knows someone who, etc. The actual numbers of confirmed cases here is around TBD, according to which news sources you trust, although my neighbors in this building for seniors over 55—which feels generationally diverse if you’re nearly 80, like me—generally watch MSNBC and King. The frailer among them mostly stay in their apartments, but people look out for each other. My kids call more than usual – my son says it’s a ‘welfare check’ and he’s only half-kidding, but it pleases me nonetheless. As a woman said in the elevator today, “If it takes an epidemic for them to call, it’s not so bad.”

Among the concerns that trouble me is not a variant on all the viruses that have captured this kind of attention in recent years—SARS, Mersa, H1N1, Hong Kong, Avian et al—but other things I can’t do anything about, from the cabal of criminals running the country to the further degradation of the environment. As a soggier than usual winter splashes into spring, winter camellias give way to early azaleas, daffs bloom in little patches, crocuses pop up in unexpected places, cherry trees ready themselves to burst into flower, and nobody’s noticing, because they’re all inside, trembling against an unseen pandemic.

That’s what it looks like from my vantage, my desk facing a usually well-traveled street in one of the city’s most walkable neighborhoods. There’s much less vehicular traffic even at rush hour; just before the Guv closed all the restaurants I went to the International District for dim sum last weekend. The infamous Seattle Freeze, which isn’t quite as mythic as the Sasquatch but equally hard to pin down, has at last found a basis and arrived at its raison d’etre; people don’t have to acknowledge strangers, much less talk to them, and some variants of touch even among colleagues and friends that avoids actual physical contact with another human being are difficult to distinguish from another new dance craze.

As one who still can’t drink from a public water fountain without  a Fifties flashback, to summers when the specter of polio darkened even the sunniest day, I was somewhat underwhelmed until recently  by the hysteria over the current virus, which sounds like covfefe and would, I thought, subside as soon as something else arose to scare America into social paralysis again.

But as we wait and hope for the curve to flatten, my thoughts keep returning to the polio epidemics of my youth. The disease came in waves that peaked in August, the hottest month of the year, and when a girl who lived four houses away, next to the vacant lot where we played softball on the makeshift field in the early evenings contracted it, it brought summer to a dead halt. Any place people gathered in numbers was forbidden. Day camps were cancelled. The concerts at the band shell on the Coast Guard Academy lawn stopped.  Rainy day movies, staple of days when you couldn’t get your mother to drive you to the beach, were out, and at the drive-in you couldn’t even go to the refreshment stand. Worst of all, after a few more cases of polio were reported, the big public beach was off-limits to me and most of my friends. New London, a shoreline town overrun with visitors and daytrippers from Memorial to Labor Day, was hard-hit, like Revere Beach near Boston and Old Orchard Beach further north.

Ocean Beach was the best part of summer. Not just the six miles of white sand beach on the shore of Long Island Sound, but the rides, the arcade, the bowling alley and miniature golf course  and the boardwalk where people square-danced or did the polka on Friday nights before the fireworks. There was an Olympic pool that featured a weekend water show in which I participated for nearly a decade, starting at age 8 as a water clown before progressing as  a “stunt swimmer” who performed mildly amazing tricks like swimming from one end of the pool to the other with a rowboat on my back or jumping from the high board with my wrists and ankles tied next to a boy my age named Julius Allen. He, like me, had been taught the stunts  by the director of the water show, a man named Buster Elion whose sister Gertrude Elionsky set international swimming records in the 20’s.

Finally I graduated to the Water Ballet Corps,which was the ne plus ultra of accomplishment in high school, and when synchronized swimming made its debut in the summer Olympics, I immediately recognized the voice on the phone from three thousand miles and three decades away as belonging to one of my erstwhile water ballet friends whose opening line was “Hey, girl, we coulda’ been contenders!”

The Beach was a big part of my life from childhood to the end of high school. If you were a teenager, your father taught you to drive in its big parking lot. At night you cruised the arcade with your friends before settling in a spot on the low cement wall that lined the boardwalk, teasing and flirting and jostling and giggling while trying to catch the attention of the opposite sex.  If you were younger, waiting for your breasts to blossom or your braces come off, you hung around the fringes until next summer, or the one after that, waiting for your season on the wall.

Polio put an end to that. Instead, we went swimming at one of the small private beaches frequented by families who owned the houses across the street from the shore, the same places we swam late at night when it was too hot to sleep.  I didn’t know the girl on my street who got sick with what people said was the worst kind of polio, bulbar, which either killed or crippled you. She was 5, somebody’s little sister, and when she left the hospital in an iron lung, her family moved away. Nobody played softball in the suddenly unsafe neighborhood after that; grass grew over the trampled-down diamond and the canvas potato sacks that marked the bases rotted away in the autumn rains.

Polio and hurricanes seemed to follow the same season, but it was the former that terrified us. My uncle was a country doctor who kept late office hours and often stopped at our house at dusk, just as we were being called inside. Every time he gave us a brief but thorough check-up, palpating our glands, rotating our limbs and turning our necks from side to side before going into the kitchen to eat whatever my mother had left him for supper.

I was in grammar school when the polio vaccine was discovered, and since that time I have no memory of any health scare that has occasioned this level of Generalized Anxiety Disorder, which is already prevalent in a country conditioned to fearfulness by a man whose campaign spoke not to the better angels of our nature but to the shadow that lurks within, who prophesized carnage and warned us against invaders from other shores, who fosters hoaxes and conspiracies and has hollowed out the institutions of government that were supposed to protect us. Look no further than 1600 Pennsylvania Avenue for Patient Zero of this pandemic

Jane Adams
"Jane Adams PhD was a founding editor of the Seattle Weekly. Among her twelve books is Seattle Green, a novel . She is a contributing editor at Psychology Today, and coaches parents of adult children."
Previous article
Handwashing, Handwringing and Singing Along
Next article
A Plague Reader – From Florence to Seattle