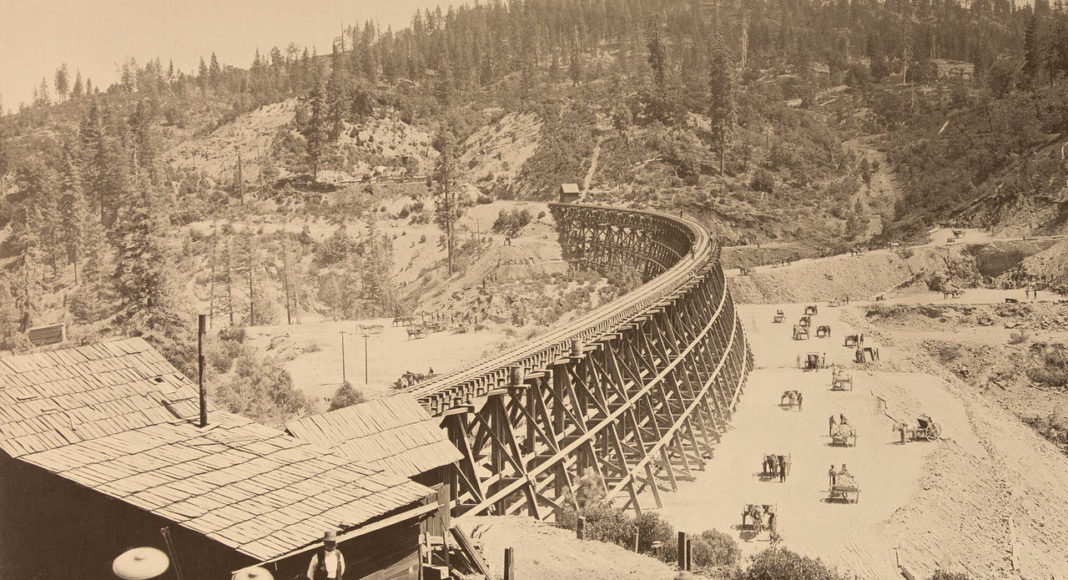 Books: The Forgotten, Shameful Story of the Chinese Who Built the Western Railways

In the nineteenth century, thousands of Chinese workers braved perilous conditions to build the railroad that linked the east and west coasts of the United States. However, the memory of their lives and their back-breaking efforts in extreme conditions faded quickly once the transcontinental rail line was completed and the Golden Spike was driven in Promontory Summit, Utah, in 1869. As most written accounts of this saga were destroyed, the history had to be painstakingly reconstructed, as this book has finally done.

Stanford University Professor Gordon H. Chang explores this forgotten yet momentous story in his new book Ghosts of Gold Mountain: The Epic Story of the Chinese Who Built the Transcontinental Railroad (Houghton Mifflin Harcourt). Professor Chang specializes in the history of America-China relations and Asian American history. He has written extensively on these topics and his many books include Fateful Ties: A History of America’s Preoccupation with China.

In Ghosts of Gold Mountain, Chang vividly illuminates the journey of Chinese workers from poverty and war in China to their work building the Central Pacific Railroad from the California coast to Utah. They labored under the most extreme physical conditions imaginable; they also faced discrimination and violence in the new land. They laid rail in blistering desert heat and spent brutal winters digging and blasting tunnels in the treacherous Sierra Nevada Mountains. And they were segregated, mocked, beaten, robbed, and murdered.

As Chang recounts this epic saga, 20,000 Chinese railroad laborers made up 90 percent of the workforce on the western link of the transcontinental railroad, the largest workforce of any private enterprise in America to that time. He estimates that more than one thousand Chinese died in this momentous effort and many more suffered severe and often disabling injuries. Exact figures will never be known because the railroad kept no records of these casualties.

In a recent interview, I asked Chang how he came write this groundbreaking history of Chinese railroad workers. He said, “I am a fourth-generation Californian and had heard about the Chinese railroad workers when I was growing up in the Oakland area.  Substantive information about them was absent from history books, and I had long wanted to address this neglect. I conducted research on them throughout my career but it wasn’t until this past decade that I was able to devote full attention to them and co-direct a project involving more than a hundred other scholars in recovering their history.”

Professor Chang found that documents created by the workers did not survive. “Many were literate but we believe their archive was destroyed because of the violence they and their relatives suffered in China and America in the 19th and 20th century.

But the author was undeterred by the paucity of evidence from workers. He reconstructed their story through innovative research with a team of experts, reviewing diaries and letters, family memories, financial and corporate records, and other resources. “We had to read evidence in new ways and to rely on other disciplines such as archaeology that are not dependent on textual evidence. Our published work reflects this inter-disciplinary effort.”

Most of the Chinese workers were from China’s impoverished and war-torn Pearl River delta in the Canton area. Chang explained, “The Chinese began migrating to America in the 1850s.  They came to seek opportunities, some going to the gold country with many others turning to wage work in mines and infrastructure projects.  They were not destitute or indentured.  They came because of the stories they heard about gold in California and the employment opportunities that were available.”

The Central Pacific Railroad began construction in 1862, as the Civil War raged in the East. With the war-caused shortage of white workers, the company turned to hiring Chinese, many of whom were already in California. By 1864, 90 percent of the workforce was Chinese. “They made themselves indispensable to the company,” Chang stressed. “Because of their industry and discipline, they gained the respect of the railroad barons and developed a national reputation for themselves.  After the completion of the railroad, they were hired all around the country to work on local and regional lines.”

Despite their remarkable efforts, many of the workers did not face a promising future in America. “The good work of the Chinese turned out to be used against them, as they were seen as labor competitors,” Chang recounted. “A xenophobic movement rose to drive them out of the country through violence and politics.  By 1882, Congress passed the first of what is known as the Chinese Exclusion Acts.”

Chang estimates that one third of the Chinese workers returned to China after the transcontinental railroad was completed. He said, “Many others stayed in the US to continue to work on railroads throughout the 19th and early 20th centuries or went on to work in other occupations.  It is likely that the spread of Chinese restaurants in America was a result of the many cooks who served the workers and went on to open restaurants wherever the railroad could take them.”

Ghosts of Gold Mountain brings the forgotten history of Chinese rail workers from the margins of public memory. The book brings readers the human story of the grueling work and the suffering and pain of the Chinese in a hostile land, but it also celebrates their resilience and their triumphs. Their tireless labor provided a foundation for the nation’s enormous industrial growth in the late nineteenth century.

Now at last, Chang said, “their accomplishments and suffering (some 1,200 may have perished in the construction effort), need to be remembered and honored.” 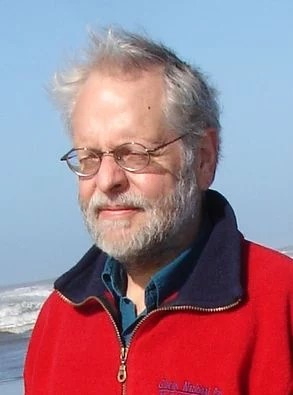 Robin Lindley
Robin Lindley is a Seattle writer and attorney, and he is the features editor for the History News Network (hnn.us). A version of this article appeared on HNN. His email: robinlindley@gmail.com.
Previous article
The Donald Gets Virus Serious: Cue Belittling Nicknames and Nasty Tweets
Next article
Coronarrest: My Diet of Books and Netflix