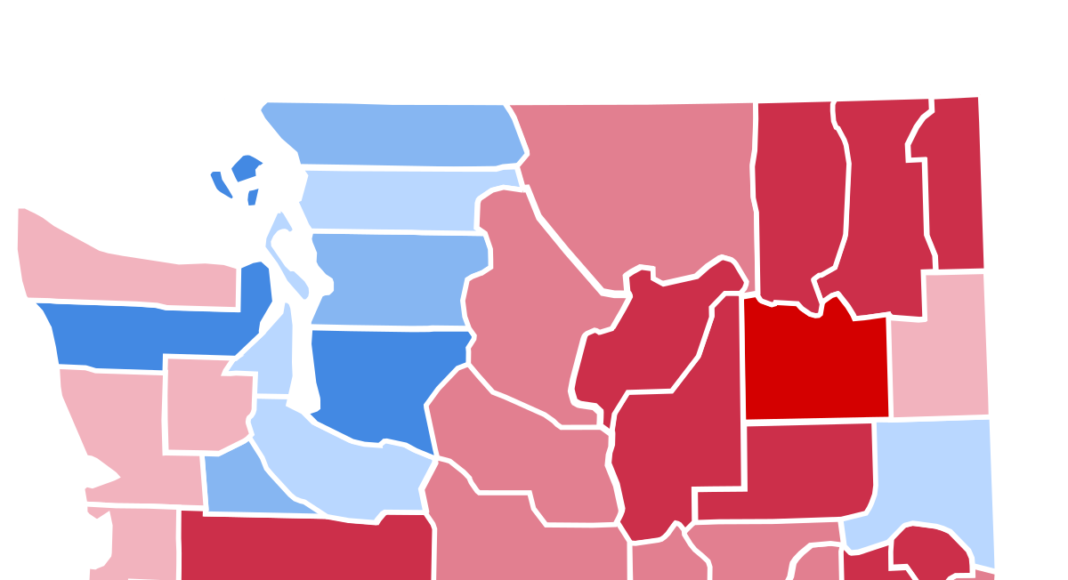 Being a Republican in Washington has never been easy, but Republicans had been able to occasionally elect Governors, Senators, and Attorneys General, and cobble together majorities in the state House and Senate.  In 2015, Republicans had a slim majority in the state Senate, and were two seats away from a tie in the House. Then came Trump.

Since Trump became the face of the GOP, Republicans have lost five Senate seats and seven House seats in Olympia, and, for the first time ever, the 8th congressional district.  Trump has turned Washington deep blue by driving away suburban voters in droves.  And two sets of numbers indicate that trend will continue in 2020.

Facts are stubborn things, and the fact is that when your party is this far underwater what you do as an individual candidate means very little.  In other words, Republicans in Washington state are toast in 2020 unless something HUGE happens to change the national trajectory.

This reality means that there is no need to waste much time analyzing this year’s top of the ticket state race.  Unless a well-known Democrat unexpectedly decides to run against the Governor, Jay Inslee will be easily and comfortably reelected.  In fact, the bizarre decision by Tim Eyman to run as a Republican means the Governor’s “race” will hurt down ballot Republicans. Voters in competitive districts will be reminded repeatedly that the GOP is the party of Trump, AND a guy who steals office furniture.

Likewise, every statewide and congressional Democratic seat is safe this year.   There are several freshman Democratic legislators who flipped Republican seats in 2018 who would normally be considered vulnerable, but at least for now, any D who won in 2016 or 2018 should be considered a heavy favorite.

This leaves only two interesting questions regarding the 2020 elections in Washington state.  First, will Democrats take even more seats away from Republicans? And second, what path will the civil war in the Democratic party take?  Will moderates lose primary challenges?

At the top of the Democrats’ list is defeating Republican Rep. Jaime Herrera Beutler in southwest Washington’s 3rd congressional district.  Democrat Carolyn Long received 47% of the vote against Herrera Beutler in 2018 and has already raised over $1 million for the rematch. Trump won this district by 23,000 votes, so Herrera Beutler has the edge unless the blue wave grows even bigger.

Democrats will also try and unseat Republican state Treasurer Duane Davidson, and Secretary of State Kim Wyman.  Davidson won in 2016 because too many Democrats got in this race and two Republicans advanced to the November election.  This time he is facing Democrat Rep. Mike Pelliciotti from Federal Way. Given the partisan tide it seems likely the Democrats will flip this office.

Wyman has also drawn a tough opponent in Seattle Rep. Gael Tarleton, but Republicans have not lost a Secretary of State race since 1960 (!) and Wyman won comfortably in 2016.  The D tide would have to rise very high to beat Wyman.

And in terms of the state House, Republicans will be defending nine vulnerable seats they won with less than 53% of the vote in 2018:

While Democrats appear poised for even more gains in 2020, in what direction is their party headed?  There is undeniably a civil war going on in the party between the Sanders/progressive/Democratic-Socialist wing, and the Biden/establishment/moderate wing.

Across America, and here at home, primary battles are brewing. In the 10th congressional district race to replace retiring Rep. Denny Heck, a democratic socialist, Joshua Collins, is facing off against several more establishment Democratic politicians.  Representatives Zack Hudgins and former Speaker Frank Chopp have already drawn primary opponents, and rumors out of Olympia indicate more primary challengers may be on the way. As the Republican party shrinks, will the real battles in our state soon be between the two factions of the Democratic party?

That’s how election 2020 looks today. We will check in again after candidates formally file for office in May.

Chris Vance
Former Washington State Republican lawmaker and State Party Chairman. Republican nominee for the US Senate in 2016. Now an independent.
Previous article
Same as it Ever Was: Alaska Politics And Recalling A Rogue Governor
Next article
Does Bernie Misunderstand Scandinavian ‘Socialism’? No, We Do.