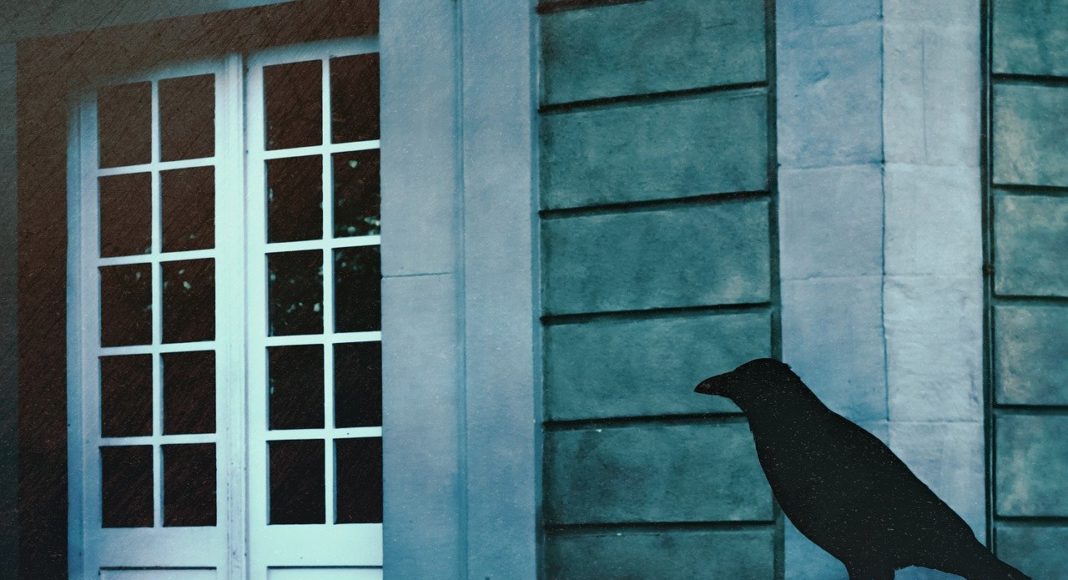 I love a good con, a caper with a roguish protagonist who eschews violence and depends  on wits rather than fists to accomplish his or her goals. I’m particularly fond of the novels of the late, great Ross Thomas, to whom Seattle author Michael Gruber pays a subtle homage in his latest novel The Long Con by naming the architect of the Con “Overby”, who was a similarly devious character in Thomas’s capers.

But Overby is almost a grace note in Gruber’s lively mystery; far more central to the cleverly constructed plot are Bernard and Miranda, the fateful couple at the heart of the tale. Bernard is a recently widowed writer of popular thrillers, Miranda a fan who turns up at a bookstore in L.A. where he’s reading and signing his latest best-seller. She’s fascinating, beautiful and accomplished, not to mention that she’s a self-proclaimed psychic, and the series of events she foretells convinces the naturally skeptic Bernard that forces beyond his ken have brought them together.

This is where roman a clef turns into imagination novelle. Gruber is the author of fifteen mysteries written under someone else’s name (Robert Tannenbaum) and twelve under his own, including a trilogy recently optioned for television featuring a Cuban-American detective, and several stand-alones including Book of Air and Shadows, a  NYT best-seller. And shortly after his wife died, he in fact met and fell in love with a fan who approached him at a book signing in Hawaii; a fan who also happened to be, as Gruber described her to his skeptical friends, a “world class psychic.”

That’s where Gruber’s imagination takes over – after Bernard and Miranda’s first fine rapture fades, she disappears with his money, and he uses the trade craft and imagination a talented thriller employs to deliver a thoroughly satisfying story.

Gruber’s own literary backstory  is almost as interesting as the ones he creates for his characters, whether it’s a talented forger who embodies the brilliance as well as the persona of Velasquez, a Jungian analyst whose disappearance in Afghanistan compels her son, an intelligence operative to rescue her, a west African shaman who turns up in Miami at the center of a string of murders, or a Shakespearean scholar who finds a long-rumored missing folio.

I first met Michael in 2004, when Nick Allison, who was the mystery/thriller editor at amazon.com when they were still commissioning and paying for reviews, brought him to my attention. For a devoted reader of the genre, it was like being paid to sample chocolate at the chocolate factory; I got to pick over the cartons of galleys that arrived in Nick’s office, choose what I wanted to read, write a review, collect a hundred dollars, and keep the book.  One day Nick handed me a new book titled Tropic of Night. “I think you’ll enjoy this, ” he said. “It’s by the same guy who writes those Tannenbaum mysteries you like so much.”

Tropic of Night was and is an absorbing thriller whose characters were as complex and multidimensional as the ones in the series I was so fond of by Robert Tannenbaum, a former New York D.A.  Butch Karp, the New York prosecutor who’s the protagonist of those books, is a more interesting version of the savvy, justice-seeking cops and detectives who populate the genre, but it”s the other characters in Butch’s orbit, especially his wife Marlene and their brilliant kids, including his foreign language-adept, deeply spiritual young daughter, who grab the reader’s attention.

A mystery buff myself, I had to know why and how Gruber had labored in obscurity, under someone else’s name, for fifteen books in a highly successful series, before writing and claiming his own work. And when Nick told me the author lived in Seattle, I tracked him down.

Tannenbaum, it turns out, is Michael”s cousin; no writer himself, he had nonetheless secured a contract for a novel based on one of his cases, and turned to Michael for help. It was a lucrative partnership for twenty years, to which Tannenbaum contributed little more than the dedication, which was the only place  Michael’s work was acknowledged , and he was largely  unknown to Tannenbaum’s publisher or editor until I “outed” him with the first line of my Amazon review of the sixteenth title in title series and the first one written with a different, far less accomplished ghost: “The truest fact about the latest Butch Karp novel is the title – ” Hoax.” The revelation resounded through the publishing community, and the Karp series never quite recovered.

By then, Gruber had ended the partnership; his cousin’s promises to introduce him to an agent or editor had evaporated, as had the 50/50 financial split they’d agreed to when the first book was published, before money rolled in with  huge paperback and foreign language sales.

Gruber, an oceanographer by training and then a speechwriter for Bill Ruckleshaus, the first EPA director, had left Florida and Washington DC for Seattle, where he told no one about his other career. “I couldn’t say I was a writer, because the response would be, ‘have I read anything you’ve written,’ and I couldn’t answer – my cousin and I had a handshake agreement about that, just like we did about money.”

By the time the subterfuge was disclosed, Michael had written Tropic of Night, found an agent, and made a six figure sale under his own name. There followed a string of thrillers that enjoyed critical and commercial success and commanded big advances. Unlike many thrillers, each was entirely different from the preceding one; all were acutely observed,  intricately plotted, and expertly paced, introducing the reader to a richly rendered cast of characters in far-flung corners of the world.

None of this explains the lack of interest trade publishing has shown in Gruber’s books since The Return, which came out in 2012.  The two books following his Times best-seller The Book of Air and Shadows earned glowing reviews but diminishing sales, and his agent wasn’t very effective once he’d negotiated a two-book deal after a few weeks on the Times list.

Gruber’s wife was dying of cancer, and when  the books he completed during that time didn’t sell, he stopped writing. It wasn’t until he met Aliceanne Parker that he conceived and finished The Long Con – with his wife the psychic laughing her way through the pages as he wrote and contributing a few salient details from her  own colorful career. It says something about the state of publishing today that Gruber couldn’t find a buyer for this book – it’s an almost perfect example of a caper novel, more light-hearted than some of his earlier thrillers but just as erudite, well-plotted and entertaining as his previous books.

Traditional trade publishing has elevated even books that sell 50 to 100 thousand copies to mid-list status; big advances go to established best-sellers, not those who make only an occasional appearance on the list, while  small ones go to new writers who might ‘break out.”  Mid-listers, if they even command any money up front, are lucky to get a mid-five-figure advance – once, anyway, unless they pay off for the publisher.  Roughly 90% of trade books lose money for their publisher, while around five percent break even – the rest make a profit, which includes the backlist and  those that stay “in print” digitally even if they disappear from the shelves.

I fell in love with Sugar Katz, the heroine of my book – I’ve never had as much fun writing a novel, and even though editors who saw it loved her too, I couldn’t find one who loved it enough to publish it – which is why I did it myself. Sugartime  sells a few copies a month, but Michael doesn’t pay much attention to the sales of his own four self-published titles; these days he’s reading less, writing hardly at all,  painting more, and wondering what’s next, just like we all are. And if Aliceanne knows, she’s not telling.

Jane Adams
"Jane Adams PhD was a founding editor of the Seattle Weekly. Among her twelve books is Seattle Green, a novel . She is a contributing editor at Psychology Today, and coaches parents of adult children."
Previous article
Only 16% Of Us Trust Government. What To Do?
Next article
What Would Plato Have Thought of Donald Trump?