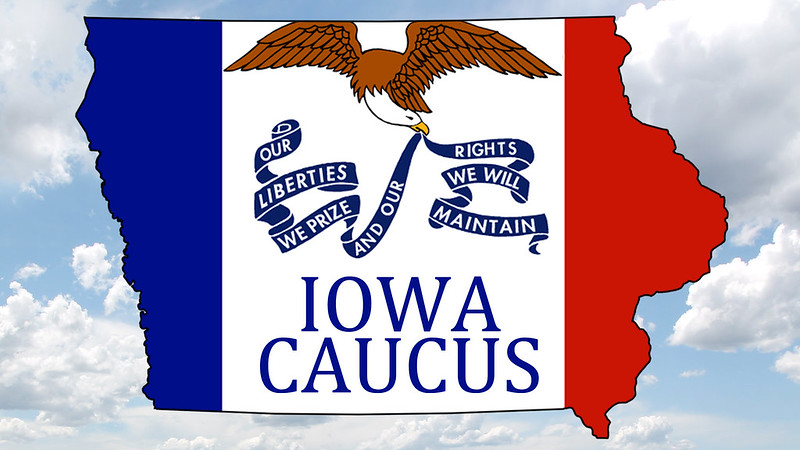 A Few Takeaways from the (Partial) Iowa Caucus Results

What a mess. As I’m writing this on Wednesday morning, about 36 hours after the Iowa caucuses ended, we still don’t know for sure who won. With 71 percent of the precincts tallied, Buttigieg leads narrowly over Sanders, with Warren significantly behind in third, Biden clearly in fourth and Klobuchar in fifth. Even with these incomplete results, though, we can make some assessments about how to interpret what happened:

The left activist lane appears to be consolidating: Whether he squeaks into first place or (more likely) finishes closely behind in second, Bernie Sanders had an excellent night. He did substantially better than Warren, the enthusiasm and late momentum behind his candidacy more than enough to overcome her vaunted (at least by the media) campaign organization and ground game in Iowa. Bernie comes out of Iowa stronger, Liz weaker. Combine that with the polling out of New Hampshire, which right now consistently shows Sanders well ahead of Warren (its a neighboring state for both of them), and it looks like Sanders is well on his way to emerging as the champion of the party’s “AOC wing” of polarized progressives, whereas her pathway to the nomination (sorry, New York Times, you tried your best!) looks increasingly tenuous.

The moderate progressive lane is a contested muddle: Biden had mostly owned this lane for the last year, but no longer. His underwhelming performance in Iowa, combined with Buttigieg’s surprising success and with Klobuchar exceeding expectations, means there is now a three-way jumble among what we might call the “Obama wing” moderate progressive (as opposed to left activist) candidates. That could continue in New Hampshire, where Buttigieg and Klobuchar appear to be enjoying a boost coming out of Iowa, while Biden’s numbers are flat at best. Taken together, this means Biden is no longer the clear leader among more moderate voters; it is entirely possible that Buttigieg, and/or perhaps even Klobuchar, will best him next week in New Hampshire, though even if that happens Biden will still have an opportunity to show that he is stronger with minority voters in the Nevada caucuses and South Caroline primary which follow.

That makes Sanders the clear frontrunner: Structurally, the race appears to be shaping up perfectly for Sanders. Sanders has a sizable and devoted base of support, but arguably also the lowest ceiling of the leading contenders — polling shows he is not as popular a second choice for supporters of the other candidates. His pathway to the nomination has always required the Obama wing of the party (which is still a majority) to remain divided for as long as possible while he consolidated the AOC wing, thus allowing him to power to victory in the early contests with, say, 25 to 30 percent support. Now, that is exactly what appears to be happening. The polling over the last two days shows him winning New Hampshire comfortably with more than a quarter of the votes, as the three viable moderates, all mired in the teens, battle with Warren for second place. If Bernie follows up his strong Iowa performance with a decisive win in New Hampshire, he’ll go into the Nevada caucuses, where he currently narrowly trails Biden in the polling averages, with big momentum. If he wins there too, there’s a good chance that Biden’s firewall of support from African American voters in South Carolina — based largely on Biden’s purported electability — will crumble, and if so the slingshot effect of dominating the early contests would make him all but unstoppable.

Bloomberg is still a long shot to get the nomination: The muddle in the middle in Iowa was undoubtedly good news for Mike Bloomberg, who is skipping the early states to concentrate on the Super Tuesday primaries in early March. Bloomberg’s only viable pathway to the nomination has required Biden collapsing in the early states, leaving a void in the moderate progressive lane and growing desperation among more moderate voters for a “Stop Bernie” electable candidate, a void that Bloomberg could fill. After Iowa, that scenario seems more plausible. Buoyed, by the results, yesterday his campaign announced it was doubling its already enormous television ad buys. His team is clearly smelling an opportunity to cannibalize Biden. All of that said, I am sticking with my recently stated view that Bloomberg is still very unlikely to emerge as the Democratic nominee. If Biden collapses by South Carolina, there is a good chance that Buttigieg or Klobuchar will have emerged by South Carolina to replace him as the moderate champion, and the momentum of that surge would likely carry them past Bloomberg in the Super Tuesday states. Besides, adding a fourth, big spending moderate to the mix of leading contenders is still more likely to make Sanders’ pathway to the nomination easier than it is to stop him in his tracks.

Iowa is done, and that’s too bad: The ongoing vote counting fiasco in Iowa, combined with the state’s very white, wildly unrepresentative demographics and growing sentiment in the party that caucuses are inherently undemocratic compared to primaries, means that the calls to reform the system and strip the Iowa caucuses of their traditional first-in-the-nation status are sounding overwhelming. But beware of what you wish for. I’ve been to the Iowa caucuses, and seen the grassroots democracy practiced there up close. There’s nothing quite like it, in a good way. People are forgetting that Iowa forces the candidates to really put themselves forward and interact with voters directly, answering questions in intimate settings. Candidates pitching for votes in Iowa can’t just hide behind a wall of tv ads or scripted lines. I worry we’ll lose that if we ditch Iowa going forward. If I could wave a magic wand, in 2024 I would kick off the nomination voting by pairing Iowa with South Carolina on the same day. That would preserve what’s good about Iowa — the face-to-face grassroots politicking — but add in the broader representation and diversity that is currently missing. But, like everyone else, I doubt the DNC will ever be able to come up with so obvious and sensible a solution.

Sandeep Kaushik
Sandeep Kaushik is a political and public affairs consultant in Seattle. In a previous life, he was a staff writer and political columnist at the Stranger, and did a stint as a Washington State correspondent for Time Magazine and for the Boston Globe, back in the olden days when such positions still existed.
Previous article
China’s Chernobyl Moment? Chinese Leaders Caught Trying To Suppress Reports Of Coronavirus
Next article
Democrats Dilemma: Build a Movement or Dump Trump?