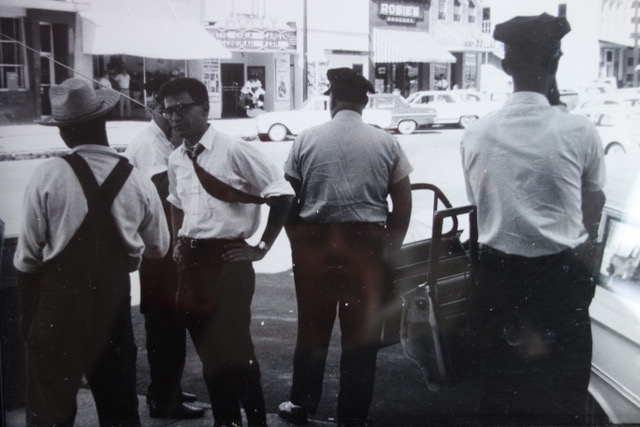 You’re Served: Standing Up To Sheriff Jimmy Clark In The 1964 Deep South

Editor’s Note: The following is an excerpt from “Voices of Civil Rights Lawyers: Reflections from the Deep South, 1964-80,” edited by Kent Spriggs. Gainesville: University of Florida Press, 2017. Reprinted with permission.

I doubt that many of us understood the historic magnitude of Freedom Summer—the “Summer of 1964.” As lawyers we were on the periphery, a small number of itinerant bit players supporting a cast of thousands of stars—mostly local residents and civil rights workers.

Yet for most of us and certainly including me, our peripheral involvement was a life-changing experience. Particularly so for those of us who were northern, middle class, white, and breathtakingly clueless about the day-to-day realities of the Deep South’s brand of unrelenting, hardcore, brutal racial segregation. Our cluelessness was exceeded only by our ignorance of the lengths to which those in power, and their enforcers, would go to resist change.

I grew up in the 1930s and ‘40s in then-remote Seattle and attended universities in Seattle, Madison, and New Haven, all seemingly racially benign communities. I had read the odd news item about the civil rights activities planned for the summer of ‘64 in Mississippi, but had no idea who the players were, what activities were planned, or the dangers involved, with one exception—cattle-prod-wielding Sheriff Jim Clark’s opposition to demonstrations in Selma, Alabama, being led by Dr. Martin Luther King, Jr.

My one personal experience suggesting that something big was going on grew out of a Pete Seeger tent concert I attended near Hartford where Seeger alternated between civil rights movement songs and comments about the importance of the civil rights workers heading south. He closed with “We Shall Overcome” during which virtually everyone in the audience stood, held hands, and swayed in unison, some visibly in tears. I had no idea what was driving this emotion, but it was clearly very powerful.

My three years as a Mississippi-based civil rights lawyer (1964–67) began as a lark in response to a call from a law school classmate asking if I would volunteer one week of my summer vacation to provide legal assistance to civil rights workers and local citizens in Mississippi. While I knew nothing of Bob Moses’s grand plan for the Mississippi summer, I thought the opportunity sounded interesting, and I agreed immediately. As luck would have it, the chairman of my employer, a New England Brahman, could not have been more supportive—his daughter had volunteered to spend the summer in Mississippi. (I declined his offer to send me in the company plane.)

Rather like a kid being sent off to summer camp as an unaccompanied minor entrusted to an airline, I departed Hartford for Birmingham. I was totally relying on the Lawyers Constitutional Defense Committee (LCDC) as my “camp counselor” to tell me where to go and to whom to report. LCDC, formed in the spring of 1964, was conceived and run by the wonderfully committed, creative, and hugely supportive Henry Schwarzschild, who correctly anticipated a massive legal crackdown on civil rights workers and citizens attempting to exercise their rights.

Rather than to Mississippi, LCDC sent me to Birmingham in the last week in June 1964. My assignment was to support the Legal Defense Fund (LDF) team representing the demonstrators in Selma, Alabama, led by Dr. King. The New-York-based LDF team included two lawyers, both Black, and two secretaries. We stayed and worked out of the marginally decent Black-owned A. G. Gaston Motel. All Alabama hotels and restaurants were then segregated.

The LDF team’s objective, to obtain an injunction prohibiting Dallas County (Selma) sheriff Jim Clark from infringing on the rights of demonstrators, was stalled by Clark’s ability to bunker in his office and avoid service of process. The opportunity presented to the LDF team by my arrival—an unknown, white, potential Trojan Horse capable of penetrating Sheriff Clark’s bunker—was not lost on the LDF team. Dispatched to Selma with a summons and complaint, I was instructed to con my way into Clark’s office and serve him with the papers.

Oblivious to the risks arising from Clark’s sense of invulnerability coupled with his capacity for violence, I gormlessly entered the Dallas County Courthouse from the end opposite that occupied by Clark. Dressed in a seersucker suit and white shirt and tie, looking like any young local lawyer, I noisily worked my way down the call engaging any and all with “how y’all doing,” counting on my absurd bonhomie to reach Clark’s office in advance of my arrival. It did. I walked in, asked the secretary if “Jimmy” was in, to which she responded by yelling over Clark’s door threshold that a “good ole boy” was there to see him. Clark appeared, and I extended the papers and advised him he was served (he let the papers drop to the floor). The secretary screamed, “I’m sorry. I’m sorry,” and I departed.

A couple of hours later Clark had his revenge. A group of kids were cattle prodded and then arrested for participating in demonstrations. After interviewing many of them, it occurred to me that considerable time could be saved by bringing a class action for pretrial release of the group, rather than filing individual case-by-case bail applications.

While I was discussing the idea with the LDF team on the jail phone, Clark stormed in, glowered at me, and barked to the jailer, “Who told that sombitch he could use the phone?” Before the cowering jailer could answer (in fact, the jailer had granted me permission), Clark threw a couple of punches at me and then pushed me down a flight of stairs while advising me that if I knew what was good for me, I would “get the f––k out” of Dallas County and never return. Clark reiterated his threat to LDF Black cooperating attorney Peter Hall, in federal court, at the hearing arising out of the papers I served, advising Hall in a voice that could be heard by all within earshot that if I returned to Dallas County I would be dead. I never returned to Selma.

Before my week supporting the LDF team was over, it became obvious to me that the issues I was dealing with in Alabama were incomparably more compelling than anything I was dealing with up north. Leaving at the end of one week was not an option. My very supportive employer heard me out and graciously suggested, and I agreed, that I should remain, on full salary, and delay returning until the summer was over.

I remained in the Deep South for three of the most fulfilling years of my life.

Let me tell one more story about another narrow miss. While on final approach into the small Philadelphia, Mississippi, airport in a rented Cessna 150 with law student Ollie Rosengart as a passenger, we noticed a line of men lying prone on the ground with rifles pointed at us, followed immediately by the sound of “pop, pop, pop.” The only thing that came to mind was to maximally increase speed and altitude and get the hell out of there, which we did, proceeding to a nearby airport. Oddly, once out of range, the only thing we were concerned with was the safety of those picking us up and figuring out ground transportation to Philadelphia.

Note: no police reports were filed. Philadelphia was the county seat of Neshoba County, presided over by Sheriff Rainey and Deputy Price and the place where Ben Chaney, Mickey Schwerner, and Andrew Goodman had been murdered two years earlier. 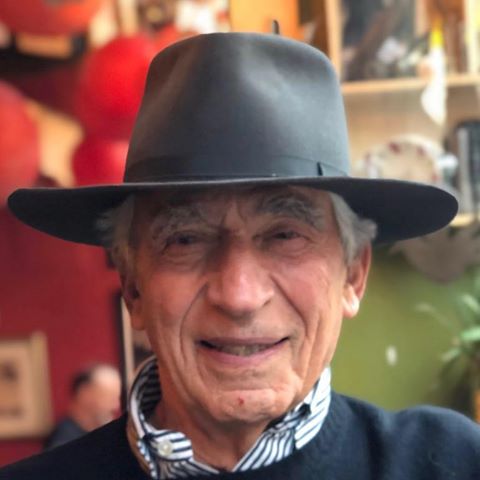