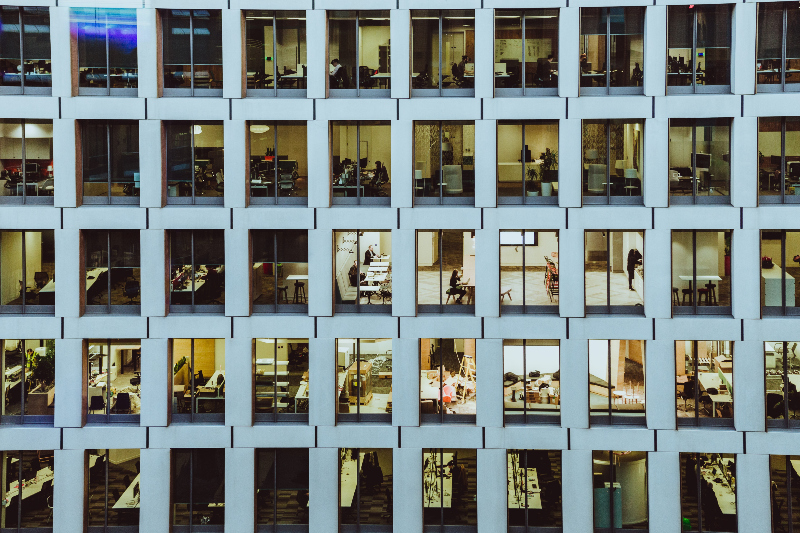 The new year marks an historic landmark for dramatically improving many people’s living standards by increasing the minimum hourly wage. According to David Cooper of the Economic Policy Institute, nearly 7 million workers will start the new year with higher wages. This is not due to Trump’s tax cut which reduced the corporate income tax rate from 35 percent to as low as 20 percent. That change resulted in doubling the number of companies paying zero in taxes, according to research from the Center for Public Integrity.

Instead, guaranteed higher wages were a result of citizens working in their communities to make local governments accountable to them. This year half of the states will have raised their minimum hourly wage. That effort was led by 22 city and county governments, with states now trying to catch up.

The movement to raise the minimum wage to $15/hour first caught the nation’s attention when in 2013 the Washington State city of SeaTac, with a population of less than 30,000, passed a citizen’s initiative establishing it. A coalition of unions, faith groups, immigrant and community groups came together, inspired by one-day walkout strikes by non-union fast-food workers in New York city in the late fall of 2012. They demanded better working conditions and a $15 minimum wage. Walkouts by fast food workers occurred early the next year in Chicago, St. Louis, and Milwaukee demanding a higher minimum wage.

SeaTac’s victory encouraged workers and citizens to mobilize in neighboring Seattle, with a population of over 700,000.  Astonishingly, within six months of Sea-Tac’s victory Seattle became the first major city in the US to adopt a gradual step-up to a $15 minimum hourly wage for all employees, working part and full time, including those receiving tips.

Several books have described how this victory came about. My book, Becoming a Citizen Activist, begins with a glimpse of how the city council came to pass the legislation. More detailed descriptions of how the effort began in Sea-Tac and spread to Seattle are covered in David Rolf’s The Fight For $15 and Jonathan Rosenblum’s Immigrant Workers, Faith Activists, and the Revival of the Labor Movement.

The desire to raise minimum wages is not confined to large liberal cities. It crosses regional and political boundaries, uniting grassroot efforts to challenge entrenched political parties who control the state governments. For example, voters in both New Jersey and Missouri increased the minimum wage, overturning their governor’s and state legislator’s actions.

In November 2013, New Jersey voters effectively overrode Gov. Chris Christie’s veto of the minimum wage bill the legislature had passed, approving an increase through a ballot measure. These were not hard-core Democrats, since Republican Christie and his lieutenant governor were re-elected with over 60 percent of the vote. In Missouri voters passed a higher state minimum wage at the ballot box after state lawmakers nullified city minimum wage ordinances that had been enacted by local governments in Kansas City and St. Louis. Missouri is a trifecta state, where the Republicans simultaneously hold the governor’s office and majorities in both state legislative chambers; since 2000, it has voted 100 percent for a Republican presidential candidate. Raising the minimum wage once again was favored by voters who also voted Republican.

These local and state actions have become necessary because Congress, under the control of either party, has up to now been unwilling or unable to increase the minimum wage. The federal government last raised the minimum wage to $7.25 in July 2009, and since then its purchasing power has declined by 17 percent. This past July, the Democratic-controlled House passed the “Raise the Wage Act of 2019,” a bill that would raise the federal minimum wage to $15 by 2025. It has been sent to Senate Majority Leader Mitch McConnell, who has denied it an opportunity to be voted on.

What follows are some strategies for passing wage boosts at the local level.

Have dedicated staff.  There must be full time staff working with community groups to provide them outreach services. Unions such as SEIU and HERE Unite that have been in the forefront and others may have paid staff to fill that role. Unions provided the organizational strength that allowed both SeaTac and Seattle to succeed. Meanwhile, the faith community’s organizations are likely to provide a pool of volunteers to work with paid staff and reach out regularly to their membership.

Do good research. It is critical to provide reliable data to the public. The executive director, John Burbank, and the policy director, Marilyn Watkins, of the local and nationally recognized think tank, the Economic Opportunity Institute, provided data to convince both politicians and the pubic that raising the minimum wage was good for the economy. On a national level, Economic Policy Institute’s David Cooper continues to track efforts to increase the minimum wage throughout the nation. That research does not end after legislation is passed, because those opposed to this type of government regulation will continue to cite studies that could eliminate or hamper such legislation. Watkins’ article, Poor research leads to poor findings on minimum wage, provides a perfect example of why such attention is needed, as she systematically dissects a study critical of increasing the minimum wage.

Even without introducing legislation, a local councilmember can hold public forums to get information out to the public and to other politicians. Ady Barkan, the founding director of the national network of one thousand elected municipal officials, Local Progress, writes in his book Eyes to the Wind, how Local Progress worked with me to bring national experts and councilmembers from other cities to a Seattle symposium to discuss how minimum wage legislation could help employees avoid poverty while expanding the economy. Three months later the Seattle City Council passed the legislation.

Involve national groups. Without the support of groups like Local Progress and SEIU, Seattle’s effort would have been forced to rely just on local resources. National groups are not going to win a campaign, but they can bring in resources such as speakers and national media, and provide critical strategic advice. If they can send a representative to your city, make it a media event by inviting the public to hear them. Also, line up interviews for them with reporters, bloggers, politicians, and opinion leaders.

Feed all types of media. Use social media to broadcast events, solicit volunteers and educate the public. Use radio and appear on talk show programs, all of them. It doesn’t matter if the host is a conservative; as long as you can get your message out, you will pick up some support. Meet regularly with bloggers to give them an inside look at what is happening on this issue and do the same with newspaper columnists and reporters. Don’t forget to reach out to community, church, and any group that has an electronic newsletter.

To borrow from Eric Liu’s book title, You’re More Powerful than You Think.