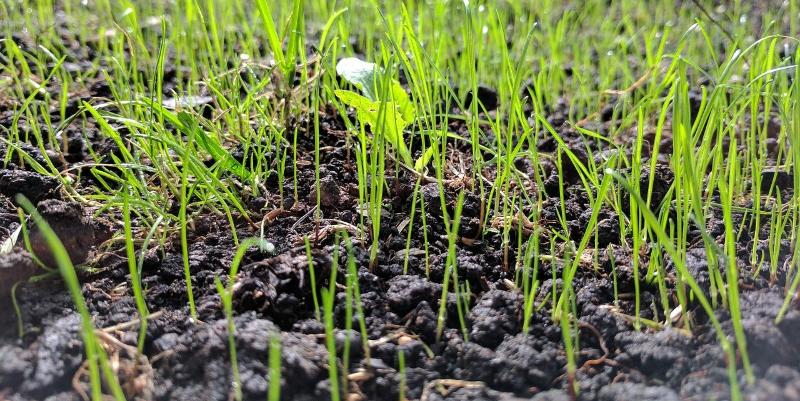 At the Grassroots Level, Unlike in DC, Political Reform Is Taking Hold

DENVER, Colo. — We clearly can’t depend on deadlocked politicians in Washington to save American democracy from ruinous polarization, policy stagnation, and popular distrust of almost every institution. It’s going to have to be done at the state and local level.

That’s the bad news. The good news is that change is already happening. Almost completely ignored by the preoccupied national media, a grassroots-based political reform movement has been changing laws, mobilizing hundreds of thousands of adherents, and is finally starting to attract significant financial support.

Leaders of 50 national, state and local reform groups met here last weekend to celebrate major 2018 and 2019 victories and to plan action in 2020 to pass measures combating partisan gerrymandering, widen voter participation, dampen the influence of big money in politics and hold politicians accountable for their behavior.

The occasion was the second annual conference of the National Association of Nonpartisan Reformers, which bills itself as the movement’s “trade association,” providing coordination and technical assistance to member groups, which have doubled in number since last December.

Josh Silver, director of Represent.us, one of the largest national groups assisting local efforts, reminded the attendees that many of the most significant social changes in U.S. history began as state initiatives before becoming national policy. These include banning slavery, allowing women to vote, and enacting civil and gay rights laws. Determined to keep the movement bipartisan, he did not mention (but could have) the legalization of abortion.

His organization’s annual budget has doubled from $10 million to $20 million and was a major backer of state efforts to create independent commissions to redraw congressional and state legislative district maps (and end partisan gerrymandering) in five states in 2018 — Ohio, Michigan, Missouri, Colorado and Utah.

New Hampshire’s legislature passed a similar measure in 2019, but it was vetoed by GOP Gov. Chris Sununu. Virginia took a large step toward reform in 2019, though it needs to be reaffirmed by the legislature. Campaigns are underway for 2020 to end gerrymandering in Oklahoma, Nevada, North Carolina and Illinois.

As of now, 21 states have some independent process for drawing maps. In the majority of states, though, the task is still undertaken by the legislature and governor every decade — usually resulting in maps giving the dominant party an election advantage. The politicians choose their voters rather than the reverse.

The result is that in most election years, 85% of U.S. House races are uncompetitive, meaning the only challenge a candidate will face is in his or her party primary, where turnout is often low and hard-line interests dominate. Hence, congressional polarization and refusal to compromise are endemic.

Another leading organization is Unite America, which has launched a drive to raise $100 million by 2020 to aid independent-minded candidates for state legislatures and Congress and to assist in various other movement campaigns. Unite’s executive director, Nick Troiano, said his group will spend $10 million in 2020 races and on ballot measures. The group has attracted major donors, including Kathryn Murdoch, daughter-in-law of conservative media mogul Rupert Murdoch; game developer Marc Merrill; and Ron Shaich, founder of Panera Bread.

In Denver, Represent.us and Unite America together distributed “accelerator awards” of $10,000 to $25,000 to 13 state-based groups working for various reforms — chosen from 115 applications.

Major movement goals are spreading adoption of Ranked Choice Voting to elect candidates, opening primary elections to independent voters, allowing voters to cast ballots by mail and getting states to automatically register voters when they get driver licenses or otherwise connect with a state agency.

In 2018, movement activists also succeeded in passing various “anti-corruption” laws in Missouri, North Dakota, Alaska and New Mexico — limiting lobbyist political contributions, requiring disclosure of all campaign contributors or setting up ethics commissions.  Numerous localities did likewise, including the city of Denver and Cook and DuPage counties in Illinois. In 2019, San Francisco and the largest cities in Arizona, Tucson and Phoenix, followed suit.

A recent bipartisan poll showed that a majority of Americans regard “corruption of the political system” to be the country’s foremost problem, ahead of rising health care costs and climate change.

A significant countermeasure is “ranked-choice voting,” and in 2018 Maine adopted and used the system — with voters overturning rejection by the state legislature. In 2019, voters in New York City adopted a ranked-choice voting initiative with 73.5% of the vote. Twenty other cities now use the system. In 2020, RCV will be used in five state Democratic primaries; advocates hope to spread the system to Massachusetts and Alaska.

Under RCV, voters rank candidates, with votes for lesser candidates re-assigned to leading candidates until one has a majority of the vote. The system theoretically rewards candidates who can attract support across the political spectrum and eliminates the “spoiler effect” of third party candidates. It also can save money by eliminating runoff elections. Some activists advocate an alternative system, approval voting, which will get voted on in 2020 in St. Louis.

(Activity in the movement can be tracked at Fulcrum.us, Ballotpedia.org  and websites of Represent.us and the Campaign Legal Center.)

Steadily growing and idealistically motivated, the movement has the potential of being as important in reforming politics as the Progressive movement was in the late 19th and early 20th centuries, but speakers in Denver said it faces two problems: how to attract more Republicans and how to brand itself.

Katherine Gehl, co-author of a much-read Harvard Business Review paper on political dysfunction and of a related forthcoming book, told attendees that she explains to business audiences that the two-party U.S. “political industry,” unlike other sectors, lacks effective competition and accountability. Instead, it systematically freezes out competition with closed primaries and “plurality voting,” which forces voters to choose between two increasingly ideologically extreme candidates.

A far better system, she said, would be “free market politics” — replacing partisan primaries with open-to-all primaries where the top five vote-getters would compete in a general election run by ranked-choice voting.

The emerging top four “brands,” it found, were We, the People; Fix the System; Demand Accountability; and Voters First. We, the People had the most emotional impact, but Voters First was easier to understand, had the least negative responses and emphasized what the movement is for, not against.

Whatever it’s ultimately called, the movement is coalescing at the state and local level into a potent political force. And it may actually be a benefit that the national media all but ignores it for now — the better to take the entrenched, polarized and dysfunctional political establishment by surprise.