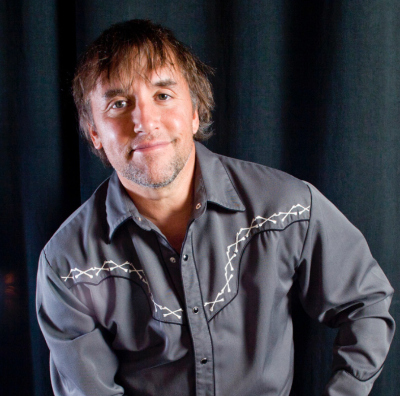 If ever a film was sure to raise cries of “It’s not like the book,” Where’d You Go, Bernadette? is that film.

Even before it officially opened last night in Seattle, the Seattle Times’ all-purpose “arts writer” Moira Macdonald was being deeply disappointed that the 2009 Maria Semple bestseller wasn’t the engagingly tricksy satire of Millennial Seattle she’d adored in print.

She’s got a point: a movie is not a book. A novel has an author; a film is the creation of dozens of artists collaborating to realize the vision of one person. If that person is also an artist, we used to call them an auteur.

If any living American director deserves that title, it’s Richard Linklater. Compared to him, the marvelous loner Stephen Soderberg is a commercial hack. Linklater has had hits (1993’s Dazed and Confused, 2003’s School of Rock) but most of the 20-odd movies of his 30-year career have been critically-admired but only modestly success at the b.o.

It’s anybody’s guess whether Bernadette will be one of them: It’s pretty certain not to be a runaway hit (like Semple’s novel was, with something like 200,000 copies sold worldwide).

It’s just not that kind of movie, despite the presence of Cate Blachette at her most vivid and ferocious in the title role. Despite the presence of Kristin Wiig as the neighbor from Hell Audrey, it goes easy on the prickly fun-poking at Seattle archetypes that was universally admired in Semple’s original. The film script (by Linklater himself; Semple receives only a “based on” credit and the title of executive producer).

The most satirized character in the book, the titular Bernadette’s workaholic Microsoft-millionaire husband Elgie, pretty much gets a free pass, most of his obsessive-compulsive habits elided to allow the actor playing him (Billy Crudup) to craft a sympathetic portrait of a man of genius but limited imagination. Elgie’s hyper-ambitious assistant Soo-Lin (almost a caricature in the book) is ruthlessly reduced to little more than a plot device to keep focus on the crucial and central relationship of both novel and film: the mother-daughter team of Bernadette and Bee.

Unbelievably, first-timer Emma Nelson, 14 at time of filming, makes a worthy partner to Blanchette, an artist of the highest order in both theater and film for nearly 30 years. With her as an anchor, Blanchette can carelessly aim for the fences in every scene. Her portrayal of a gifted highly-strung woman paralyzed as an artist and as a woman by a traumatic defeat at the very beginning of a brilliant career. The ever-fresh nuances she offers in a relentlessly intense performance makes her Bernadette a career milestone and an unforgettable experience for the viewer.

It’s a real question how many of those there are going to be. Reading Semple’s novel is not a prerequisite for enjoying the movie, but Linklater’s script is so densely allusive and sometimes elliptical that a lot could slip by a casual watcher. And how many casual watchers will there be if Macdonald’s whiny downer proves typical of reviews?

Well, I’m going to assume that you, dear reader, are a grown-up accustomed to forming your own opinions and not letting preconceptions get in the way of your own enjoyment.

For you, Bernadette offers low-key, subtle, continuous delights. The weird old house where the Branch family live, its foundations invaded by blackberry vines and its damp interior transformed by Bernadette’s periodic bouts of energy into a galleria of post-Gothic interior design, is a silent major character in the comedy and drama of the film. Production designer Bruce Curtis deserves a bouquet of Academy nominations for one of the most imaginative and supportive I’ve ever seen in a domestic comedy-drama.

And, like nearly all of Linklater’s films, it offers a deep and cherishing look into what life feels like while it’s being lived. The end of the film—a family reunion among the icebergs of Antarctica—is distinctly more emotional than that of the novel. And that’s all right. It’s a movie. And the emotions are earned.

Roger Downey
Born in Canada moved to Peru's altiplano at the age of six; came to the U.S. at 10 to discover that you don't use your feet to dribble the ball. Learned from the git-go that "America" is an idea, not a place.
Previous article
Another One Down: What We Need To Do NOW To Cut Pedestrian Accidents
Next article
REVIEW: “Seattle’s Medic One: How We Don’t Die”