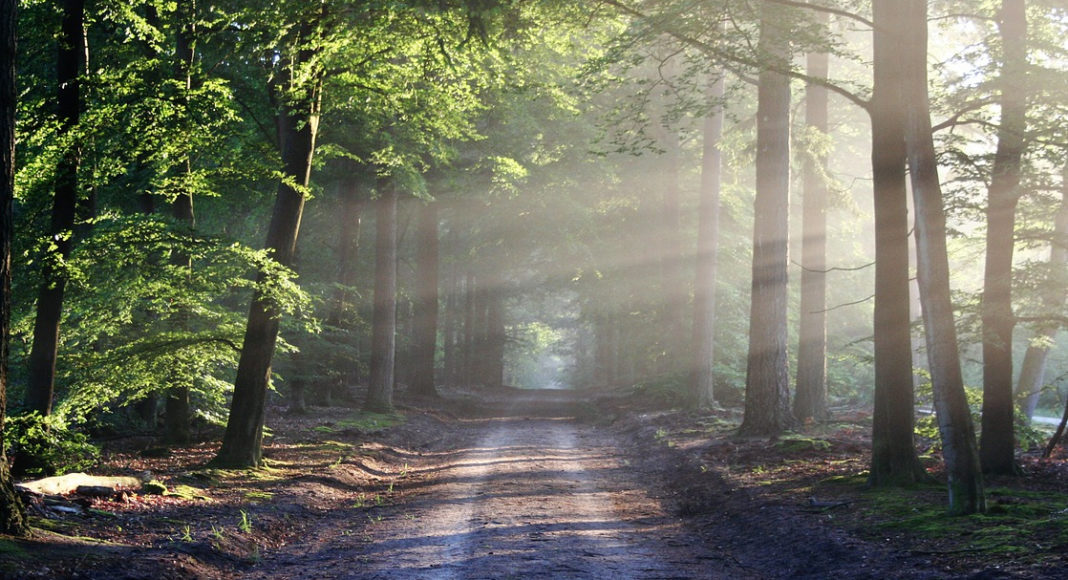 Donald Trump is living in my head and I can’t get him out. When I’m swimming laps in the pool or playing fetch with the dog, when I’m waiting for the movie to start or considering what to have for dinner, he’s there. When I wake up in the middle of the night to pee, he’s right there with me, and this week, when he’s threatened Iran or North Korea or all of Central America with total obliteration, it’s  all I can do not to I refresh my browser or turn on CNN to see if we’re at war yet. Even his manufactured crises can keep me from falling back to sleep; living in this state of perpetual chaos is truly exhausting.

It’s hard to remember, but there was a time when whole days, weeks or even months went by without seeing, hearing, reading or even thinking about the occupant of the White House. But the present one has taken up residence in my thoughts despite my best attempt to dislodge him. No matter what else I should be interested, concerned, or curious about, I perseverate about the state of affairs he’s brought us to. No matter how blatant and unsupportable his lies are, I still can’t believe people actually believe them, which scares me even more.

There’s no doubt that Donald Trump has hijacked the  brains, or at least the amygdalae, of  close to 40% of my fellow Americans — but not in quite the same  way he has mine. I doubt that many of them fantasize their hero in an orange jumpsuit, or consider the kind of scenarios I often do, like Donald  choking on a chicken leg or having a fully televised  episode of mental derangement that would shame his cabinet of acting deputy secretaries into invoking the 25th amendment, if they were constitutionally permitted to, or so horrify the vice president that he’d agree.

Then I realize neither of those would work: the Secret Service would have him in a  Heimlich in seconds, and the cabinet, like Trump, is impervious to shame. So I construct other, more implausible fantasies, some of which involve acts of God like lightning strikes on a golf course and others that involve the kinds of things that could get someone (not me, of course) arrested.

Having Donald Trump in my head is like living in a mental illness without actually having one. A total news cleanse helps for a time, and so do some cognitive behavioral techniques for thought-stopping, like snapping a rubber band on my wrist every time the Donald flits across my mental screen. Physical exercise exorcises him for a while, which alcohol, unfortunately, does not. Neither does marijuana, which just makes the fantasies more vivid.

What helps, as it always has, is a book. Engaged in communion with a creative mind, involved in a  story and the world of its setting and characters, I’m able to reclaim the space he takes up in my head. Not every book is powerful or provocative or involving enough to do it, and only a few provide more than a brief escape from the depressing reality of the present political moment. Perhaps that’s why Overstory, Richard Powers’ sublime novel about, I’d all things, trees, drove Trump blessedly out of my mind. Reading it  was a transcendent experience, and it remains so.

Now, when I wake up in the middle of the night, he’s gone, replaced by the sound of the summer wind through the leaves of the sycamore outside the bedroom window. Beauty is truth and truth beauty, after all, and that is really all I need to know.

Image by bertvthul from Pixabay

Jane Adams
"Jane Adams PhD was a founding editor of the Seattle Weekly. Among her twelve books is Seattle Green, a novel . She is a contributing editor at Psychology Today, and coaches parents of adult children."
Previous article
Looming of the Lemming Left
Next article
Think local to fight Gerrymandering