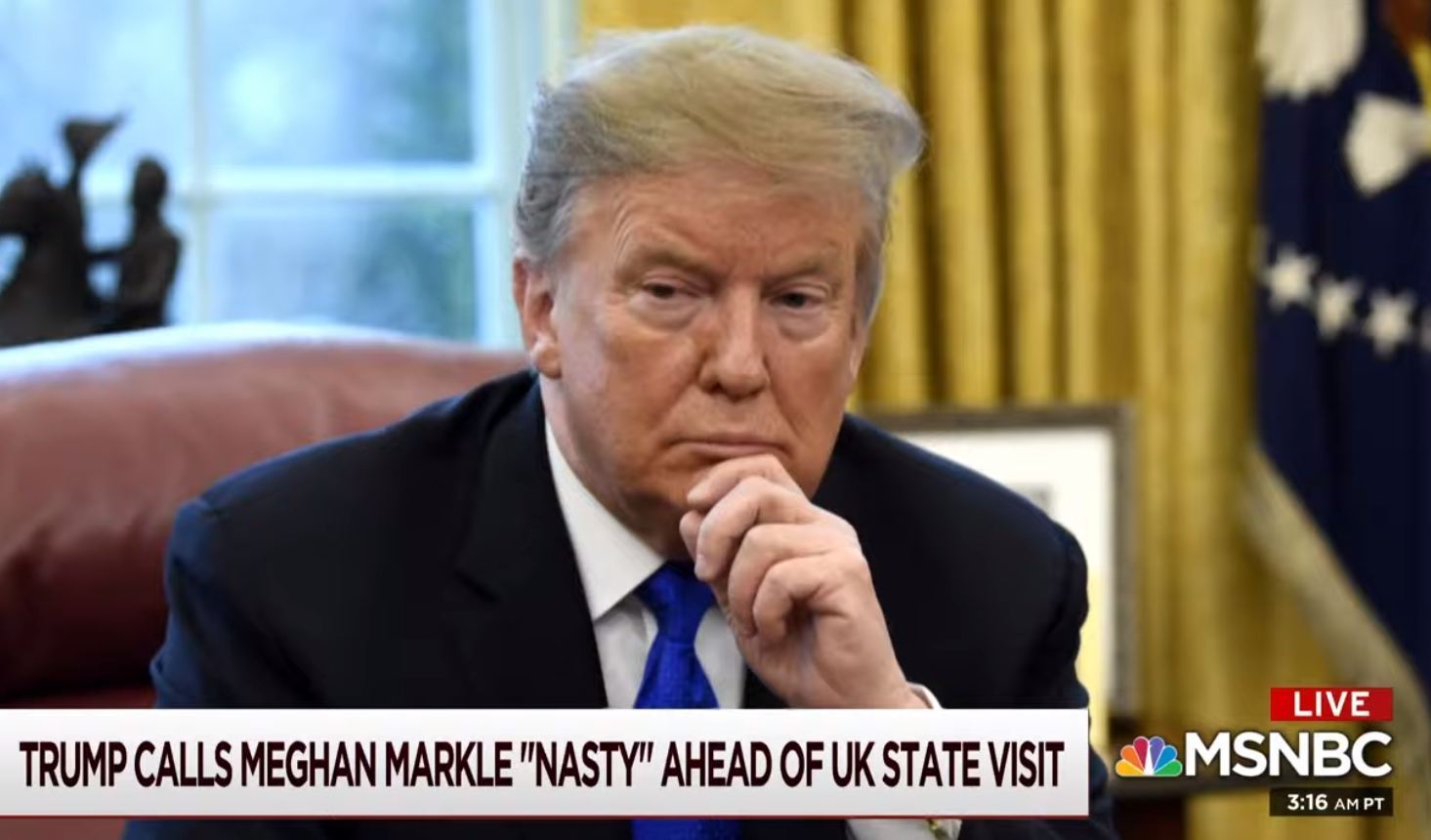 Let’s stipulate up front that Trump’s a bad guy and a disaster as president. But there are more and more stories these days that attribute things he’s said in ways he probably didn’t mean. Take the wave of stories over the weekend that reported he had called Meghan Markle “nasty.” And there’s even tape:

This came after an exchange with the reporter where he had told Trump Markle had been critical of him.

Which then led Brian Stelter on CNN to call Trump “Orwellian“. Now, of course he said she had been nasty. It’s on tape. But what he plausibly meant was that what she had said had been nasty, not that she herself is so. He’s a clumsy, inarticulate speaker who uses words to generate clouds of meaning. He no doubt believes that he didn’t say she was a nasty person and it was just the press going off again being inaccurate.

A small thing. But in 48 hours it’s generated hundreds and hundreds of stories across the world. It’s not a “fake” story. But it’s an uncharitable story that willfully interprets him in the most negative way and then doubles down when he responds. All of which, for anyone who suspects that reporting about Trump isn’t fair, or worse, is dishonest, gives them evidence to feed their suspicions.

He says terrible things about many people. He’s insulting, rude, and boorish. But stories such as these are so obviously a trap. So why is it that reporters fall for it over and over?

Douglas McLennanhttps://www.artsjournal.com
Doug is a longtime arts journalist, and the founder and editor of ArtsJournal.com, he's frequent keynoter on arts and digital issues, and works with a number of arts organizations nationally.
Previous article
Are Elected Women Better At Playing Ball?
Next article
The “Point in Time” homeless count is (mostly) crap.