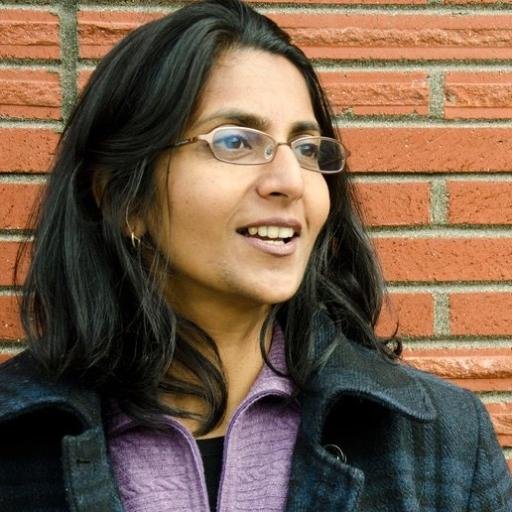 I commend this article from The New Republic, which discusses the rise of Democratic Socialism in the nation, particularly the Democratic Socialists of America, and their successes in various cities such as Chicago. The article, written from the inside, traces the history, the tensions, and the tactics of these contentious groups. Among the interesting points: how much the socialists owe to the organizing tactics of the Right, which took over the Republican Party.

Seattle has a long history with socialism, which rose in the late 19th century as resistance to industrialization and the excesses of the Gilded Age monopolists and lingered on through the Depression. Our leading socialist, City Councilmember Kshama Sawant, is not part of the surging DSA movement but a member of a smaller group, Socialist Alternative, whose key goal for this year is to re-elect Sawant to the City Council. The overall movement has many flavors and lots of youthful energy and tactical smarts.

One of the interesting battles within the movement is its relationship with the Democratic Party. Is it to be “borrowed,” transformed from within, or tossed aside after socialism creates a party of its own? And will the Democratic Party revolt at being used in this way and finding its House members jeopardized-by-association? Another insight is the key role of Bernie Sanders (and Alexandria Ocasio-Cortez) in making the case for socialism and energizing new recruits. The DSA now has about 56,000 members and 200 local chapters.

Politics in Seattle has become obsessed with Sawant, who is deeply unpopular with most of her colleagues on the council. Business groups (large and small) and unhappy neighborhood groups will be trying mightily to unseat her. (Not likely at this point: she has weak opponents and lots of national money.) What could happen, as the eye is diverted to Sawant’s District 3 (Central Area), is that other socialists will get elected, thanks to the key new factor of Democracy Vouchers and these candidates’ own organizational moxie.

The Seattle Times’ Danny Westneat took note of all this in a recent column. Deflecting the eye from Sawant, Westneat noted the leading fundraiser in city council races so far is Democratic Socialist Shaun Scott, who has raised $118,000 ($101,000 from Democracy Vouchers) in his race for District 4 (U-District/Laurelhurst), where he is not a very good match with voters. Meanwhile, former DSA member Tammy Morales, running for District 2 (Southeast Seattle), is the third-highest fundraiser. (Sawant is fourth best but will probably lead all candidates in funding.)

Factor in the relative weakness of the pragmatic candidates for the council and the difficulty that business-funded opposition faces in being labeled as sinister, and I can imagine a solid one third of the council in the socialist camp, influencing other members to join them on key issues (or get “primaried”). Remember that the real energy in the Democratic Party today, Biden notwithstanding, is on the left, particularly in Seattle. And socialism is starting to produce victories, as The New Republic article points out:

“Soon after the post-Sanders surge, DSA got more deeply involved with electoral politics, endorsing 32 candidates in 2017, 21 of whom won. Judged by the standards of the big-money PACs and campaign committees that back major party candidates, that is of course a tiny number, and the offices were mostly low-level. But the 2017 tally nevertheless represented a much bigger string of electoral wins than the group had racked up ever before. And with the following year came many more—not just the House headliners, but in state and local elections across the country. Overall, by the organization’s count, 43 DSA-endorsed candidates won election last November, and 34 of the ballot initiatives they backed triumphed.”

David Brewster
David Brewster, a founding member of Post Alley, has a long career in publishing, having founded Seattle Weekly, Sasquatch Books, and Crosscut.com. His civic ventures have been Town Hall Seattle and FolioSeattle.
Previous article
Family Values: To Impeach Or Not?
Next article
Ear, Ear! for the New Town Hall