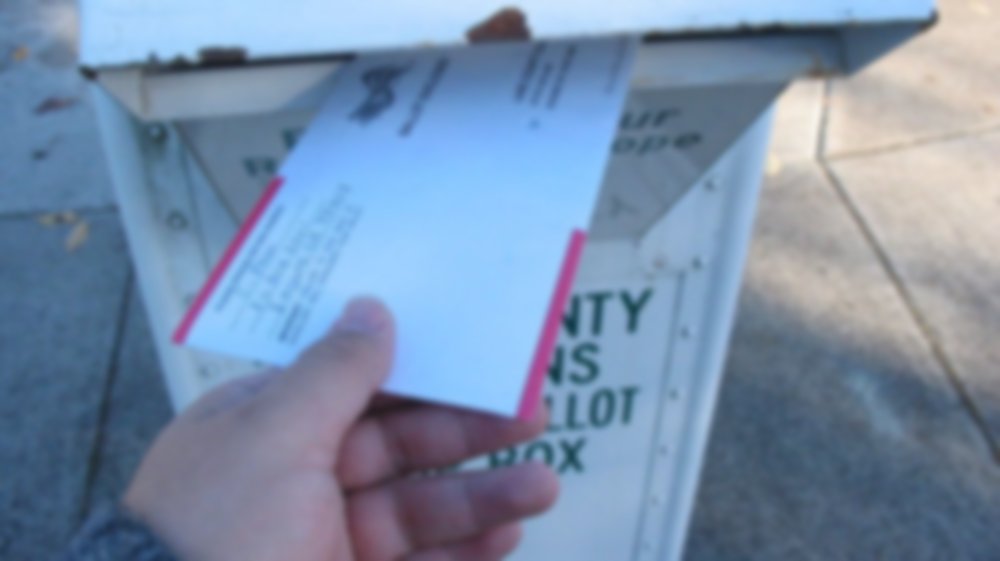 When they gather at Ocean Shores this coming weekend for the 14th annual Roanoke Conference, this state’s Republican activists will see on their schedules a panel entitled: “The Elephant in the Room: We keep losing, so what do we do next?” Badly defeated U.S. Senate candidate Tiffany Smiley is one of the speakers. .

What’s next? The party is launching a legal intervention, unlikely to help the Republicans with their unpopularity or in any way improve the GOP’s electoral rut of about 43 percent of the statewide vote. State and national Republicans are filing briefs in a lawsuit that seeks to end the error-filled signature-verification process on Washington’s mail-in ballots.

The suit, filed earlier this month in King County Superior Court, alleges that thousands of valid votes get rejected and that rejections hit a disproportionate number of younger, African American, Latino, and disabled voters.  The plaintiffs include a trio of groups – Vets Voice, El Centro de la Raza, and Washington Bus – as well as individuals who have had their signatures repeatedly flagged.  They are represented by the Perkins Coie law firm.

State Republican Chairman Caleb Heimlich, newly re-elected to his post, announced last week that the GOP would file a brief defending the process of comparing signatures on ballots with those on file.  “Rather than attempt to make changes to the law through the Legislature, left-wing groups and their Democrat allies are attempting to do away with the entire verification process through the courts,” charged Heimlich.

“They have filed a lawsuit attempting to remove signature verification from our election process. This is a blatantly partisan attempt to remove the only security measure elections have to protect against fraudulent activity.”

The last few words speak to a wider agenda.  Five states have switched entirely or largely to mail-in voting.  They include Utah, which just reelected ultra-conservative GOP Sen. Mike Lee and four GOP House members, as well as “blue” states Washington, Oregon, and Hawaii.  Colorado is, like Washington a few years back, seeing its political colors change from purple to blue.

Hostility to mail-in voting, along with casting suspicion, became part of the 2020 Trump reelection strategy, and the evolving plot to challenge election results if “the Donald” lost.  “Mail voting is a terrible thing . . . I think if you vote, you should go (to the polls),” the 45th president said in the spring of 2020.  Shortly after, he requested a vote-by-mail ballot in Florida.

Ronna McDaniel spouted the party line that Democrats were using the COVID-19 pandemic to spread the political virus of mail-in voting.  “The Democrats’ all-mail ballots proposal is a ruse to legalize ballot harvesting nationwide,” McDaniel said in 2020, adding: “Mail-in voting increases the opportunity for fraud.”

The Republicans’ problem: voters like mail-in voting. It’s easy and convenient, allowing for study of voting pamphlets and other election materials with ballots in hand. The Democrats have adjusted their tactics.  When counted, mail-in votes tipped Pennsylvania to Joe Biden in 2020 and led networks to declare his victory.  Big mail-in vote totals carried Sen. Rev. Ralph Warnock to his 2022 victory in Georgia, and to reelection of Sen. Mark Kelly in Arizona.  Both states had flipped to Biden in 2020.

A few Republicans are urging the party to wise up.  “We simply have to beat them at this vote-by-mail game,” said Blake Masters, who was defeated by Kelly in the Grand Canyon State.  Said Newt Gingrich, licking wounds on Sean Hannity’s Fox News propaganda broadcast, “It means that you have to recognize early voting.”

As recently as 1996, absentee ballots helped Republicans win back two U.S. House seats apparently lost in the same-day vote count.  Florida Republicans are used to running and winning elections up and down the ballot in a state where a majority of votes are cast in advance of election day.

The signature verification process in Washington is clearly flawed.  Peoples’ signatures change, signatures are scribbled: We can’t all be John Hancock, or Donald Trump when he boldly signed a full-page newspaper ad urging the death penalty for the “Central Park Five.”  (The teenagers, charged with a brutal rape, were later found to be innocent.)

When the suit against verification was filed, 36,000 of 2022 election ballots across the state had already been rejected.  In the past three elections, according to plaintiffs’ brief, 113,000 ballots had been given a thumbs down, 42,000 in King County. “These voters have their ballots rejected for virtually no benefit to election integrity,” said the brief.

“The signature matchup disproportionately hurts young voters, voters of color, and active-duty service members and their families voting overseas.”  By so doing, it added, signature verification violates the right to vote as laid out in the Washington State Constitution.

Backing up their argument, plaintiffs found that young Latino and Black voters have ballots rejected at 12 times the rate of white overs over the age of 40.  Young voters are six times as likely to get rejected as those over 40.

The reasons: Election officials are not handwriting experts and have as many as 3 million statewide votes to count. Or in words of the brief: “They make mistakes. They are rushed to ‘verify’ millions of signatures in just a few weeks. They aren’t experts in handwriting analysis. They are not trained as such.”

Plaintiff Kaeleene Escalante Martinez has seen her ballot rejected three times in as many elections.  Co-plaintiff Bethan Cantrell has a chronic condition that makes writing and signing her name extremely uncomfortable.  Co-plaintiff Raisha Bratt has, in words of the brief, “a complicated signature.”

It doesn’t stop there.  Election law expert Kevin Hamilton, a partner at Perkins Coie, has become public advocate for the lawsuit. “John Carlson interviewed me a few weeks ago on his show about the case,” Hamilton said in an e-mail. “During that interview, he revealed that his signature had been challenged pursuant to this process.”

A Los Angeles Times reporter uncovered this nugget reporting on the 2020 election:  “Julie Wise, the top election official for King County (which includes Seattle), said her own signature has been challenged twice, including once while she held her current position.”

Both Wise and Secretary of State Steve Hobbs are defendants in the verification suit. Hamilton had his own vote challenged in the 2004 election, in which he was co-lead counsel (with Jenny Durkan) defending Gov. Chris Gregoire’s 133-vote victory margin against a Republican challenge.  The county had his signature on “dozens (maybe hundreds) of legal briefs, proposed orders, declarations and related papers” as part of the litigation, which was tried in Chelan County Superior Court.

Voters are notified if their signatures are rejected.  They are given 21 days to notify election officials and “cure” their ballots.  In close contests, volunteers from both parties set out to “harvest” votes by contacting those whose ballots have been rejected and make them part of the process.  Otherwise, curing is a cumbersome process. Perkins Coie is representing plaintiffs in a similar verification lawsuit in Colorado.

“None of the five states that held their elections primarily by mail has had any voter fraud scandals since making that change,” according to the Brennan Center for Justice at The New York University School of Law. “It is still more likely for an American to be struck by lightning than to commit mail fraud voting.”

The state of Washington counted 142 potential voter-fraud cases out of 3.1 million votes cast in the 2018 midterm elections.  It amounted to 0.0004 percent of the ballots flagged.

The Republicans’ choice of this issue intervention is worthy of serious question. It probably won’t help that ailing elephant in their room.

(A version of this story appeared in the Northwest Progressive Institute’s “Cascadia Advocate.”)

Joel Connelly
I worked for Seattle Post-Intelligencer from 1973 until it ceased print publication in 2009, and SeattlePI.com from 2009 to 6/30/2020. During that time, I wrote about 9 presidential races, 11 Canadian and British Columbia elections‎, four doomed WPPSS nuclear plants, six Washington wilderness battles, creation of two national Monuments (Hanford Reach and San Juan Islands), a 104 million acre Alaska Lands Act, plus the Columbia Gorge National Scenic Area.
Previous article
Still A Story: Where we are with COVID (And What you Need to Know)
Next article
In Olympia: Awaiting a Momentous Ruling on Taxes