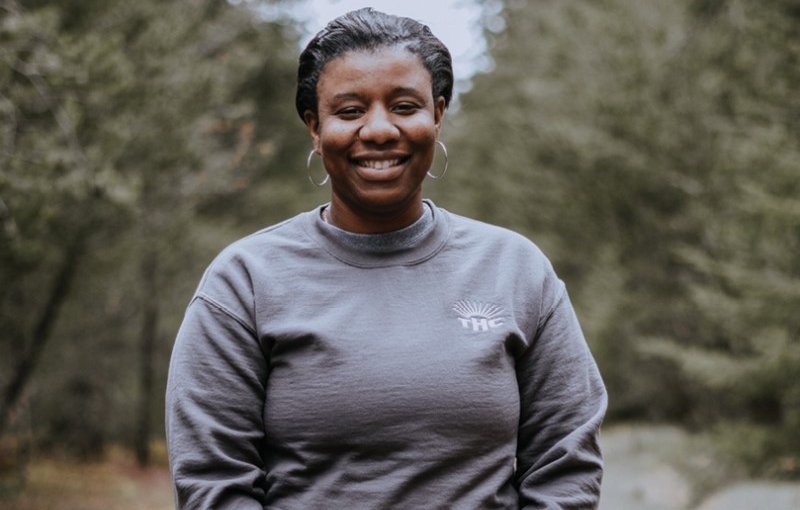 Rivals Jump in to Challenge Sawant

“All of these communities are beautiful,” said Hollingsworth, a third generation Seattlite and product of an influential African-American family whose matriarch, grandmother Dorothy Hollingsworth, was the first black member of the Seattle School Board and lived to be 101.

With a major turnover likely at City Hall – three Council members have already said they won’t seek reelection – Hollingsworth is getting an early start and already trolling for Democracy Vouchers.  Sawant has yet to breathe a word of her intention to colleagues or constituents.

A second highly credible prospective District 3 candidate, Transportation Choices executive director Alex Hudson, is likely to contest the seat held by Sawant. She is said to be announcing intentions later in January.

Sawant barely survived a recall effort two years ago in a district that includes Capitol Hill, the Central Area, and such Lake Washington areas as Madison Park, Leschi, and Madrona.  She campaigned as a champion of renters, while lawns in such neighborhoods as Madison Park sprouted “Recall Sawant” yard signs.

The scene at MLK FAME Community Center, on Martin Luther King Day, was enthusiastic.  Hollingsworth was surrounded by her family, her wife, and such supporters as Rev. Carey Anderson of the First AME Church.  She spoke of “a council missing a black and LGBTQ perspective” in current membership. She also talked of “a community of love,” saying: “The biggest thing I want to bring is unifying all the neighborhoods, all the voices . . . always having an open door to listen to you.”

The door to Sawant’s office has often been closed, even to Council colleagues.  Sawant is part of a Trotskyite movement, the Socialist Alternative, which stresses confrontation over conciliation.  She has focused on national issues. She urged railroad workers to reject contract offers when a nationwide strike loomed last fall.  She recently praised striking hospital nurses in New York City.

Oddly, Sawant has been on the case of the Congressional Progressive Caucus, chaired by Seattle’s U.S. Rep. Pramila Jayapal and a quintet of House Democrats known as “the Squad.”  “The Squad, also the Progressive Caucus headed by Jayapal, have utterly failed – refused – to use their leverage to stand up to Democratic establishment and win ANY gains for working people,” Sawant said in a recent Tweet.

And Sawant has gone after New York Rep. Alexandria Ocasio-Cortez, a democratic socialist, for selling out. Said Sawant: “AOC recently claimed she couldn’t fight against Democratic leaders on behalf of workers because it would cause ‘relational harm’ with these party leaders. What about the vast and very harm taking place in the absence of such a fight for working people.”

Sawant has been a defund-the-police advocate. She helped take a demonstration against Seattle’s Finest to the front yard of then-Seattle Mayor Jenny Durkan.  Not long ago, however, Sawant complained that Seattle Police were not devoting adequate resources to apprehending a person or persons who have left bags of human feces at her home.

Sawant latched onto the 2016 and 2020 Bernie Standers presidential candidates – speaking to Sanders’ big 2020 rally at the Tacoma Dome – but campaigned in the 2016 general election for Green Party nominee Jill Stein.  Stein drew votes away from the Democrats’ Hillary Clinton in key battleground states.

Hollingsworth is green in another way.  Her family is a marijuana grower through the Hollingsworth Cannabis Company, near Lacey, and she has been an industry spokesperson.  In Seattle, she is part of the Northwest Harvest food access team.  She is a product of District 3, a former star basketball player at Seattle Prep, later a student at Seattle University.

Hollingsworth was vague on specifics in addressing Seattle’s housing crisis in a city which has added more than 100,000 residents in the past decade.  Activist groups are pushing for more multifamily housing while single family neighborhoods have pushed back.

“Growth should not mean displacement:  We want to be able to keep people in their homes while growth doesn’t displace them,” she said in an interview.  We should “talk about other districts absorbing that growth,” Hollingsworth added.

Similarly, on policing, Hollingsworth spoke of securing “the right responses for the right problems” and “a holistic approach to keeping people safe” as well as the need for “trained professionals for mental health needs.”

Mayor Bruce Harrell spoke at Dorothy Hollingsworth’s memorial service, “Bruce and our family have a long line of public service intertwined,” said the candidate.  Does that hint at mayoral backing? “If that comes about, that’s great,” she added.

District 3 will be hotly contested.  Sawant and her supporters will play rough if she decides to run again.  “They’re like the Oregon Ducks fans of politics,” joked Nancy Anderson, a Seattle teacher supporting Hollingsworth.