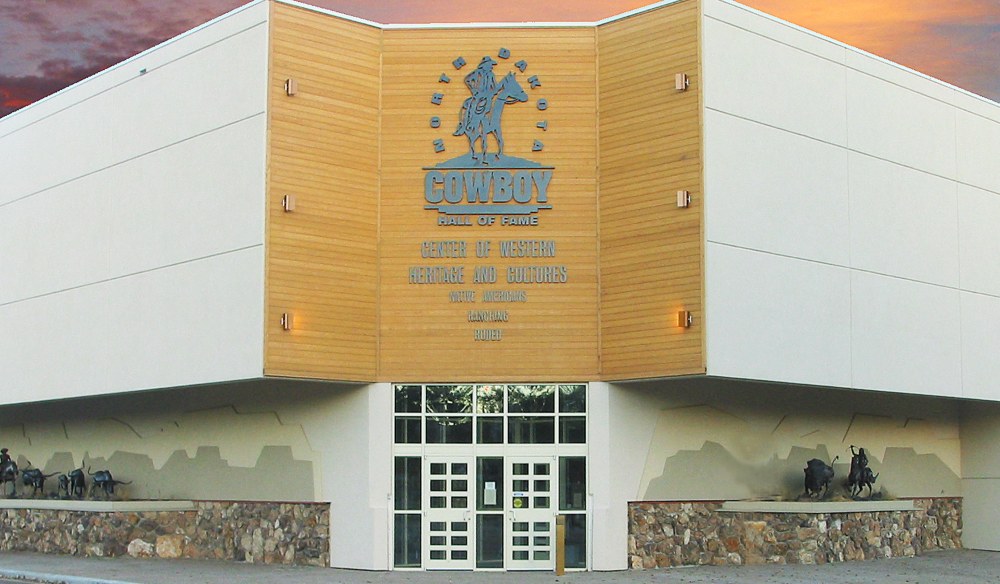 The Pacific Northwest’s Cowboy Past

The state has long held rodeos and county fairs featuring traditional Westerniana.  Horses, cattle, and sheep are raised on both sides of the Cascade Mountains.  Records of our “Western” past lie among rural and metropolitan archives, at state universities and colleges, and in many museums.  Official recognition of our Western history is also found in, of all places, Oklahoma City, home of the National Cowboy Hall of Fame.

Several years ago, I visited this unusual Western center.  Outstanding examples of riders, ropers, bulldoggers, and hog-tiers gaze from the walls.  To my surprise, Washington is well-represented in these hallowed rooms.  For example, Jay Agnew, an old-timer from our state (1917-1980), donated his well-worn cowboy hat.  Another room features “Great Westerners” from 17 western states, and Washington representatives include Isaac I. Stevens, Washington’s first Territorial Governor, and Arthur A. Denny, patriarch of a pioneer Pacific Northwest family.  Another familiar star is Larry Mahan, once a Walla Walla resident, who achieved the national title of All-Around Champion Cowboy, 1966-1970 and in 1973.

My favorite, however, is Yakima Canutt from tiny mid-state Colfax, Washington.  His cowboy history includes riding a 1,150-pound saddle bronc named Culdesac to win the 1917 and 1919 world championship rider contests at the Pendelton Round-Up.  His modest prize in those days was $200 and a world championship saddle called the “Famous Never-Break Hamley.”  It was a family affair, as Canutt’s wife Kittie won the 1918 Cowgirl Relay Race at Pendleton.  Yakima Canutt was also awarded the 1920 and 1923 Police Gazette gold belt buckle.  Adding to his accomplishments, in 1923 he was awarded the Roosevelt Trophy, named for Rough Rider President Teddy Roosevelt.

What does a rodeo rider do after breaking bones and breaking horses in a relatively short and violent career?  The answer often was to go to Hollywood.  Finding plenty of work as a cowpuncher and stuntman in the booming film industry, Canutt was a fast learner, playing both Native and cowboy roles in numerous films. For example, in John Wayne’s break-through film Wagon Train Stagecoach, Canutt trained and drove horses and accomplished a dangerous, memorable stunt climbing through the harness of a galloping team.

Charleton Heston’s wild chariot ride in the second film version of Ben Hur could not have happened without Canutt’s effort as horse trainer and director.  Heston stated that Canutt was one of the best directors he ever worked with, and his understanding of horses was phenomenal.  Canutt received a special Oscar for his film achievements.

Oklahoma City may lie on the eastern edge of the American Great Western prairie and among the gentle of hills of true “Indian Country,” but shards of Washington State saddles and blankets occupy a small corner in the nearby Cowboy Hall of Fame.

Junius Rochester
Junius Rochester, whose family has shaped the city for many generations, is an award-winning Northwest historian and author of numerous books about Seattle and other places.
Previous article
I Admit It: I’m Biased When I’m Tasting Wine (It’s A Good Thing)
Next article
2023: Recording Hope