The article is reprinted from the Salish Current, where it first appeared –Ed.

Suspecting a bacterial infection, growers flushed their tanks, filled them with newly pumped seawater from the ocean and added a new batch of oyster larvae. Those died, too.

In 2008, research revealed the culprit: ocean acidification. A seasonal upwelling event common on the West Coast had brought nutrient-rich water from the depths of the Pacific to the surface, and the acidity of coastal waters increased nearly 10-fold in some areas.

When pH levels (the scale used to measure acidity) fall as ocean water becomes more acidic, the availability of certain minerals that oysters, clams, and other organisms use to build their shells decreases—the reason why oyster larvae were struggling to survive.

Working with scientists, growers adjusted the pH of water in their tanks using sodium carbonate and installed government-funded pH sensors in their hatcheries. Those tactics saved the state’s lucrative shellfish industry in the short term, but increasing acidification still threatens the health of marine life in the Salish Sea and around the world.

Ocean acidification is occurring faster in the Salish Sea than most places on the planet.

Since the industrial revolution, the ocean has absorbed about 30 percent of the carbon dioxide pumped into the atmosphere from burning fossil fuels. Excess carbon dioxide in the ocean has worsened the effects of natural upwellings. The ocean is not turning to acid that will corrode buoys and boats, but even small shifts in pH levels can have extensive effects on marine life.

Washington state is leading the world in ocean acidification research aimed at understanding its effects on ecosystems and how it can be reduced—to benefit both marine life and humans.

Ocean acidification “is happening all throughout the global ocean, but it plays out differently on local shorelines,” said Jan Newton, co-director of the Washington Ocean Acidification Center and a leading oceanographer in acidification research.

Collaborations like the one between scientists and shellfish farmers in 2008 are crucial to understanding and adapting to ocean acidification, she said. “It’s so important that we coordinate across scales from local to global and that we are making sure we’re sharing knowledge and capacity” with affected communities.

In 2019, Parker MacCready, a professor of oceanography at the University of Washington, released the computer modeling system LiveOcean. It collects real-time seawater data, including water temperature, salinity, oxygen, nitrogen, pH levels, and aragonite saturation (the mineral required for marine animals to build their shells), and makes it available on the Northwest Association of Networked Ocean Observing Systems website.

Just as weather forecasts allow people to plan for rain or snow, forecasts of ocean conditions provided by LiveOcean help shellfish growers, tribal fishers, and others plan for adverse maritime events, such as upwelling and marine heat waves.

Models and ocean-observing networks “help us to visualize better the variability through space and time,” said Newton, whose work recently earned her the Lockheed Martin Award for Ocean Science and Engineering. “I think that shared approach and that shared information is really important.”

LiveOcean is one of several models that are shedding light on how, where and when unfavorable water quality occurs.

The Department of Ecology’s Salish Sea Model reveals how inputs from agriculture, transportation and wastewater treatment plants are impacting water quality and, in turn, ocean acidification. When these sources release nutrients such as nitrogen into the water, they cause algae and photoplankton to flourish. When those organisms die and decompose, they sink to the bottom and release carbon dioxide, which increases acidification.

“There’s been more and more focus put on these regional regulatory actions on things like wastewater that we can control to at least mitigate the problem while the globe tries to get a handle on carbon emissions,” said Micah Horwith, the ocean acidification senior scientist at Ecology.

Horwith leads one of numerous ocean acidification monitoring efforts carried out in Washington and throughout the Pacific Northwest. Since 2018, he and his team have taken monthly measurements of water quality, including pH levels, on the coast and within Puget Sound with the goal of quickly getting data into the hands of agencies that regulate regional sources of pollutants.

So far, Ecology’s monitoring and efforts led by the state’s Blue Ribbon Panel on Ocean Acidification have helped scientists and policymakers visualize where ocean acidification is highest and what regional sources are contributing most to the problem. The Puget Sound Nutrient Source Reduction Project is a collaboration among communities, tribes, and stakeholders that uses the latest science to determine where to invest in changes to infrastructure that will improve water quality.

A puzzle with missing pieces

In the environmental sciences department of Western Washington University, associate professor Brooke Love has led experiments on how ocean acidification affects plankton, eelgrass and, most recently, Pacific herring, a vital component of the coastal food web.

Love’s former graduate student Cristina Villalobos carried out a lab experiment that showed Pacific herring are not particularly vulnerable to increased acidity alone. But when acidic conditions were paired with higher temperatures, about 60 percent of the embryos did not survive.

But, Love explained, lab experiments only show one piece of the puzzle. “Out in the real world, they’re not in a constant temperature condition. They’re in the intertidal or the high subtidal … where things are really variable,” she said. “It’s like we’ve got a 1,000-piece puzzle, but we don’t have the picture of what it’s supposed to look like, and we’re missing half the pieces.”

Still, research has consistently shown that a variety of species are being affected by more acidic oceans. The shells of pteropods, tiny marine snails commonly known as “sea butterflies,” are one-third thinner near the coast than in the open ocean, where waters are less acidic. That’s bad news for the numerous species that feed on them in nearshore habitats.

Ocean acidification also affects coho salmon’s ability to sense predators in the water. A study by UW scientists found that increased carbon dioxide in the ocean interfered with salmon’s sense of smell, which normally alerts them to danger. Salmon also use smell to navigate back to their home waters to spawn. Acidification could not only make them more vulnerable to predators but also affect their ability to reproduce.

However, because Salish Sea waters are naturally more acidic and variable, some native species, such as the Olympia oyster and the native geoduck, are showing resistance to acidification in lab experiments, said Horwith.

Native species “have evolved in Washington waters, so they’re used to encountering seasonal upwelling and waters with transient low pH and high carbon dioxide,” he said. “And to me, that’s an important distinction as we think about … what parts of our coastal economies could we adapt by changing what species we rely on for a shellfish harvest.”

Adapting will be necessary as the rate of ocean acidification continues to increase, but the most important goal will be reducing carbon emissions on a regional and global scale, said Newton.

“When we curb emissions, there’s much less stress [on the environment],” she said, but not acting on carbon emissions would result in far more severe consequences across the planet’s ecosystems. “The time is really now to understand that it’s the level of change you want for the next generation and the next generation after that, not only for the humans but also for the organisms on the planet.” 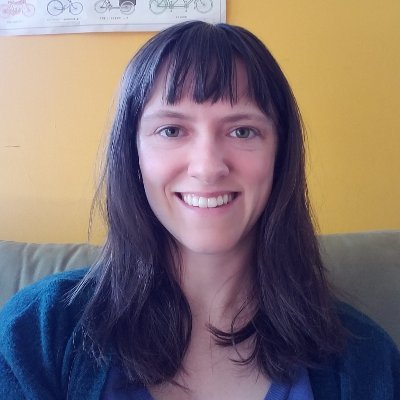 Rena Kingery
Rena Kingery is a freelance science writer and fact-checker based in Bellingham. She writes about cancer research for Facing Our Risk of Cancer Empowered, and her work has appeared in Cascadia Daily News and Discover and Astronomy magazines. Read more of her stories at renakingery.com. This story is reprinted with permission from the website, Salish Current, where it first appeared.
Previous article
Why WA Third Flipped Democratic: A Tale of Two Cities
Next article
2022 Midterms: Year of the Woman? (Not Really)