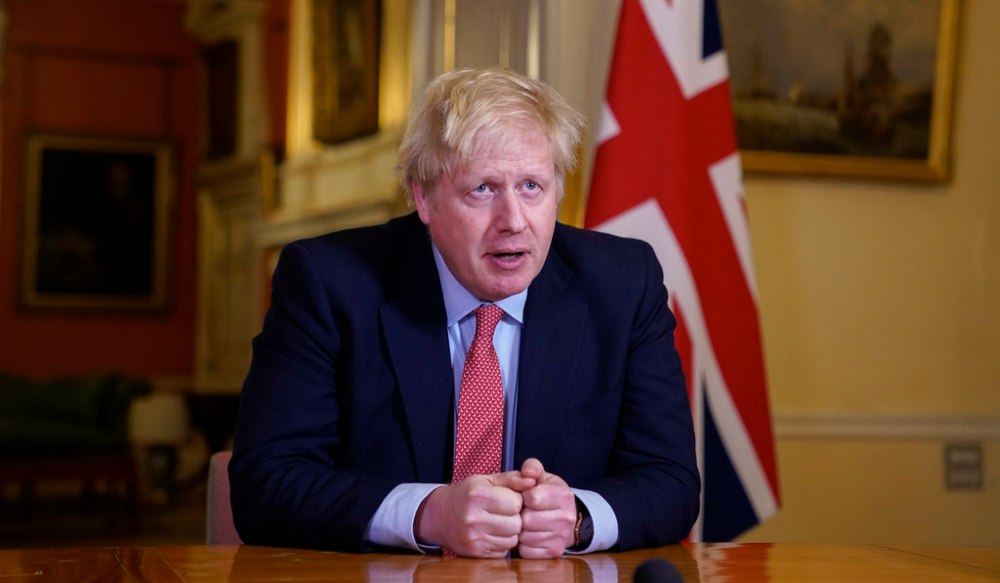 The Conservative Party in Great Britain has a merciless policy when a failed, ethically flawed, or unpopular prime ministers has his or her head on the chopping block:  Cut and cut cleanly. A defiant Boris Johnson vowed to carry on Wednesday during raucous Prime Minster’s question period in the House of Commons.  But Johnson announced Thursday he will be leaving what he called “the best job in the world.”

The Tories have a lesson to teach, especially to the Republican Party in the United States.  Party loyalty has its limits, set by both self-interest and principle. The leader must be told, at times brutally, that it is time to go.

The message was conveyed in parliament by Sajid Javid who was, until Tuesday health secretary in Johnson’s cabinet.  A day later, citing the pileup of scandals, Javid told parliament: “This week, we have had reason to question the truth and integrity of what we’ve all been told.  At some point, we have to conclude that enough is enough.”

Modern history is full of such moments.  On May 7, 1940, as the Commons debated Britain’s failed response to Germany’s invasion of Norway, veteran Conservative MP Leopold Amery faced Prime Minister Neville Chamberlain. Evoking words of Oliver Cromwell, Amery told his friend of 35 years:  “You have sat too long here for any good you have been doing. Depart, I say, and let us have done with you.  In the name of God, go!”

Chamberlain survived a no-confidence vote, but 78 MPs from his party voted against the government or abstained.  Chamberlain resigned, and Winston Churchill was called on to head a unity government, which took office May 10, the day Hitler launched his offensive against The Netherlands and Belgium.

A half-century later, with Margaret Thatcher increasingly imperious and unpopular, longtime senior cabinet minister Geoffrey Howe resigned his offices, and went before parliament.  He used a cricket simile to skewer Thatcher, saying: “It is rather like sending your opening batsmen to the crease, only for them to find, the moment the first balls are bowled, that their bats have been broken before the game by the team captain.”

Howe signaled the vote of Tory MPs that would force Thatcher’s resignation, adding:  “The time has come for others to consider their own response to the tragic conflict of loyalties, with which I myself have wrestled for perhaps too long.” A leadership vote by Tory MPs convinced Thatcher to stand down. The Conservatives found a less confrontational leader, John Major, and won the next election.

The party has been well served by its ruthless tradition.  It booted PM Anthony Eden after the 1956 Suez invasion fiasco and held power under Harold MacMillan.  After Theresa May’s less-than-stellar performance at the polls, she was eased out by Brexit champion Boris Johnson, who led Tories to a sweeping 2019 victory.

Boris has a lasting, Trump-like problem, the inability to tell the truth.  Scandals mounted and were fueled by evasions and denials.  “Partygate” stood for boozy get-togethers at No. 10 Downing Street during a time when the country was in lockdown over the COVID-19 pandemic.  One get-together took place the night before Price Philip’s funeral.  Johnson became the first serving British prime minister to be sanctioned by the police.

The latest scandal was promotion of a prominent Conservative MP after a drunken episode in which he allegedly groped two men at a private members’ club in London. Johnson claimed – falsely – not to have known.

“I can no longer pirouette around our fractured values,” Victoria Atkins, a former justice minister, wrote Wednesday.  The ultimate total of resignations, from cabinet and among aides, reached 50.  Five junior ministers resigned in the same letter.  “We have been putting it off,” said Tobias Ellwood, a former cabinet minister.  “You’ve got to go to the dentist and get through it – getting rid of Boris is that trip to the dentist.”

The opposition reacted with glee.  Said Labour Party leader Keir Starmer: “Anyone quitting now, after defending all that, hasn’t got a shred of integrity. Isn’t this the first recorded case of the sinking ship fleeing the rats?”

It’s fascinating stuff to watch from this side of the Pond, but also a painful reminder.  A generation ago, honorable Republicans in Congress pushed Richard Nixon out of the presidency.  The 27-11 vote by the House Judiciary Committee to impeach Nixon was bolstered by votes from six GOP lawmakers.  Sens. Barry Goldwater and Hugh Scott led a delegation to the White House, telling Nixon it was time to go.

We have some local memories, not to be forgotten.  Attorney General Slade Gorton went before the Seattle Rotary Club in 1973 to call for Nixon’s resignation.  (Gorton would support impeachment of Trump more than four decades later.) Deputy Attorney General William Ruckelshaus was fired when he refused to dismiss Watergate special prosecutor Archibald Cox.

Where are such folks today?  Just 10 of 213 House Republicans voted to impeach Trump after the January 6, 2021, insurrection at the U.S. Capitol, along with only seven out of 50 Republicans in the U.S. Senate.  Only 35 House Republicans supported a resolution to create a 9/11-style independent commission to probe events of January 6.  The resolution was blocked in the Senate by Mitch McConnell. House Republican Whip Liz Cheney was purged from her leadership post for supporting a full investigation.

The supine loyalty toward Trump, particularly by House Republican Leader Kevin McCarthy and such deputies as Rep. Cathy McMorris Rodgers, R-Wash., is morally indefensible and politically obtuse.  With economic issues favoring Republicans, the attempt by Trump to seize power — and possibly running again in 2024 – is one major obstacle that can derail the GOP in 2022 midterms.

The Conservatives of the United Kingdom, both ruthless and principled, have claimed the messy scalp of Boris Johnson.  Outside No. 10 on Thursday, the outgoing Prime Minister acknowledged getting the message:  “In politics, no one is remotely indispensable.”

We’ll never hear Donald Trump say that.  Others have failed to say it to him.