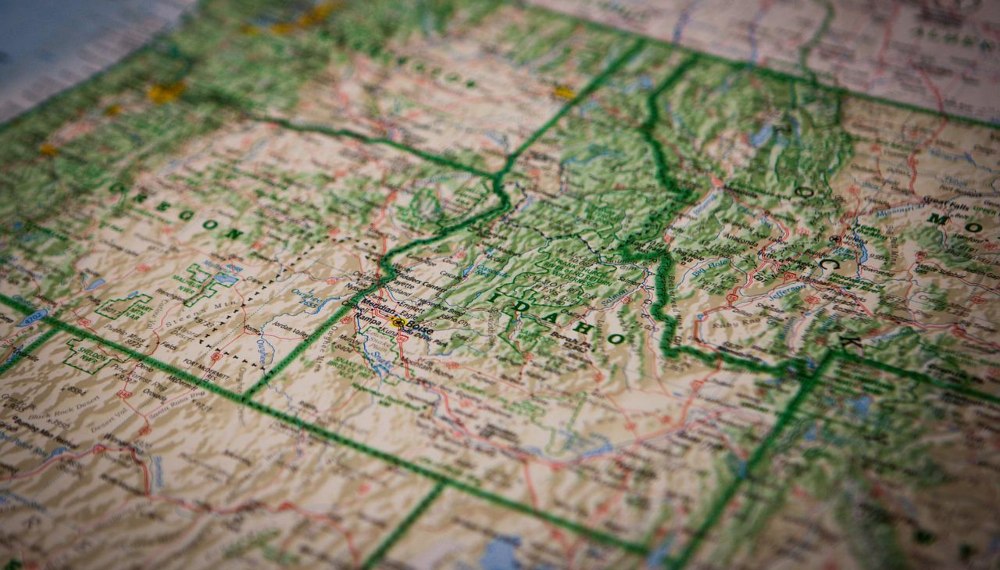 Idaho’s Battle of the Republicans

A quarter century of one-party rule has not yielded tranquility in deep red Idaho but instead has produced fratricide among the Gem State’s dominant Republicans.  Up and down the May 17 primary ballot main street conservatives are squaring off against far-right insurgents.

Idaho has a right-leaning state government. The state’s minimum wage has stood at $7.25 an hour since 2009, the same as the federal minimum wage.  Gov. Little recently signed into law legislation that bans abortions after six weeks and allows family members of a fetus to bring legal action against abortion providers. Former Gov. C.L. “Butch” Otter took up arms against wolves when canis lupus repopulated the state, authorizing mass kills and declaring at one rally: “I’m going to . . . I’m prepared to bid for the first ticket to shoot a wolf myself.”

Even that is not enough far right. Lt. Gov. McGeachin followed a white supremacist to the dais at a recent America First Political Action Conference in Florida and declared: “I need freedom fighters all over this country that are willing to stand up and fight for the protection of our freedoms and our liberties. Even when that means fighting against our own ranks because there are too many RINOS who do not exhibit the courage that is needed today for us to fight and protect our freedoms and our liberties. We are literally in the fight for our lives.”

The state’s Republican rulers have traditionally come from the farming and ranching communities. Gov. Little is a rancher. These Republicans have been backstopped by such corporate powers as Micron, the Idaho Power Co., Blue Cross, and the J.R. Simplot potato empire. The Idaho Association of Industry and Commerce lobbies the Legislature. The state’s elite gather at the self-described “discreet and exclusive” Arid Club in Boise.

The Republican insurgents are of different backgrounds, often from California, with some drawn to a “white homeland” movement which dreams of turning northern reaches of the Inland Northwest into a refuge from America’s growing diversity and multiculturalism. “It is largely but not only former Californians who are not tied to the traditional ranching and farming conservatives,” said Rocky Barker, a retired Idaho Statesman columnist. “There is, of course, a Bundy element. Raul Labrador, a former Nevadan, rode the wave. The Idaho Freedom Foundation, led by my former Statesman colleague and funded by national right-wing rich people, is the shock troops of the wing nuts.”

The state’s conservative rulers have committed sins that have evoked wrath from the far right. McGeachin has denounced Gov. Little for not calling a special legislative session to remove rape and incest exemptions from the state’s new abortion ban. Attorney General Wasden refused to make Idaho a plaintiff in a lawsuit by Texas challenging 2020 presidential election results in Georgia, Wisconsin, Michigan, and Pennsylvania. Rep. Simpson voted in Congress to create an independent 9/11-style commission to investigate the January 6, 2021 insurrection at the U.S. Capitol. Smith is also battering Simpson for the congressman’s proposal to remove four salmon-destroying dams from the lower Snake River and build a new land-based system for getting grain harvests downstream for export.

Not so Idaho. The result, in words of Idaho Weekly Briefing editor/publisher Randy Stapilus, is “two slates, groups of candidates both within the party but (as) starkly divided as Republicans from Democrats.” Idaho Democrats’ one well-known gubernatorial hopeful, Sandpoint Mayor Shelby Rongstad, is reduced to running a write-in campaign in Tuesday’s primary. The Secretary of State’s office would not put him on the ballot because Rongstad failed to change his voter registration from Republican to Democrat before the filing deadline. (Rongstad explained his registration as wanting to be where the action was: Not very many Democrats are on the Bonner County ballot.)

Gov. Little defeated then-Rep. Labrador by a fairly narrow margin to win the 2018 Republican nomination. The betting is Little will survive the challenge by McGeachin and other opponents, including Ammon Bundy, the anti-government militant who led the 2016 occupation of Oregon’s Malheur National Wildlife Refuge.  Rep. Simpson has beaten Bryan Smith before, when the challenger opposed Trump’s 2016 bid for the Republican presidential nomination; so far, no blessing has come from Mar a Lago.

“Some of the down-ballot races could signal whether the radicals have real staying power: I’d bet yes,” said Marc Johnson.  Of particular interest will be whether Labrador stages a comeback and gets elected Attorney General.  The national Club for Growth has aired $300,000 in anti-Wasden advertising. The AG’s job is typically a gubernatorial steppingstone.