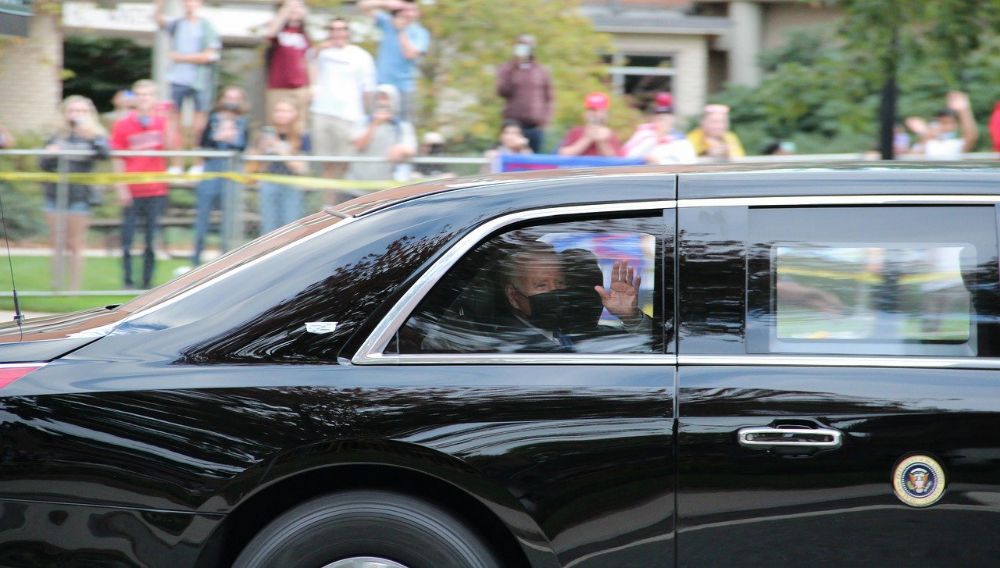 President Biden is due to fly into Seattle at rush hour today — Thursday — officially coming to mark Earth Day Friday. But the chief “green” of his visit will be the money he raises here and in Portland at Democratic National Committee events. He is following the pattern of Barack Obama, whose visits took him to pricey dinners at Medina and Hunts Point mansions.

The President will speak of “the need to bolster our nation’s resilience in the face of threats like wildfire, and the need to rapidly deploy clean energy,” White House press secretary Jen Psaki said Wednesday. Biden will be joined by Gov. Jay Inslee. At another talk, with Sens. Murray and Cantwell, he will talk of the fight to bring down prescription drug prices, such as insulin.

There will be a big giver event for the party, and one generous Democratic giver messaged: “We were invited to two events for the Democratic National Committee. One is being hosted by Brad Smith [Microsoft president], don’t remember the other.”

Biden’s job approval numbers in Washington have dipped below 50 percent, according to a recent survey done for Public Policy Polling for the Northwest Progressive Institute. But they remain higher here than his poll ratings across the rest of the country.

The Republicans’ culture war and “woke” themes don’t play well in this “blue” state – they were recently rebuffed by Washington voters in a 2020 referendum vote on sex education in schools. Same with delivering a Twitter and press release barrages on crime.  These ads are targeting challenges to two Democrats, U.S. Rep. Kim Schrier in the 8th District, and now Sen. Patty Murray.

The Northwest has been a favored destination for some Presidents.  Franklin D. Roosevelt visited Olympic rain forests, the Grand Coulee Dam construction site, and an aluminum plant in Longview.  A great national park and dams on the Columbia River are his legacy. The president’s son-in-law John Boettiger served as publisher of the Seattle P-I with daughter Anna as women’s page editor.

Bill Clinton paid a dozen visits to Washington. He held rallies at the Pike Place Market, a $1 million fundraiser at the Columbia Tower Club, met with airline executives at Boeing’s Everett plant, did a 1996 bus tour across Southwest Washington, even helped push a government van out of the mud while inspecting flood damage in Clark County.

Over the years, however, our nation’s leaders have experienced rough going in this corner of America’s “left coast.” As the Democrats’ vice presidential nominee in 2008, Biden gave ammunition to the McCain campaign’s argument that Obama was too green for the job. He told a big givers’ dinner at the Sheraton: “It will not be six months before the world tests Barack Obama like they did John Kennedy . . . Watch, we’re gonna have an international crisis, a generated crisis, to test the mettle of this guy.”

Obama hit the ceiling on his nightly call with senior advisers, asking: “How many times is Biden gonna say something stupid?” As related in the bestseller Game Change, Obama went on to berate Biden’s chief of staff: “Tell Joe I love him. I love him. But he can’t be doing this.”  Luckily, the gaffes of GOP Veep nominee Sarah Palin eclipsed Biden’s loose tongue.

Other rough moments come to mind: President Jimmy Carter concluded a 1980 election eve rally in Seattle and boarded Air Force One in high spirits.  He was greeted on the plane by pollster Pat Caddell bearing late polling data showing that a formerly tight contest was trending toward a landslide victory for Ronald Reagan.

In turn, Reagan came to the Emerald City to address an American Legion convention, as controversy swirled over U.S. aid to Nicaragua’s contras.  He was greeted outside the Seattle Center by a musical group called the Ad Hoc Anti-Fascist Marching Band, playing the “Mickey Mouse Club” theme. The Gipper’s limousine was hit by a projectile as it exited the Center.

The tradition goes back nearly a century. An already-sick Warren G. Harding arrived back from his 1923 trip to Alaska. He was put through a monument dedication in Volunteer Park, a speech to thousands of Boy Scouts at a jamboree in Woodland Park, and then had to speak to 30,000 people in Husky Stadium. Harding rushed and stumbled through his speech. The President’s scheduled appearances in Portland were canceled, along with two events in California. Soon after, Harding died in his San Francisco hotel room.

An early indication of Franklin Roosevelt’s decline came in August of 1944, when he addressed workers at the Puget Sound Naval Shipyard in Bremerton, after returning from a tour of the Pacific war theater.  The speech was halting and rambling.  Ten minutes in, FDR experienced severe chest pains radiating to his shoulders.  He soldiered on through the speech, but told physician Dr. Howard Bruenn he had to lie down immediately.

We’ve been the scene of memorable presidential insults.  On the first of his two cross-country train trips in 1948, Harry Truman encountered a reporter from the arch-conservative Spokesman Review and declared: “The Chicago Tribune and this paper are the worst in the United States.”  He repeated the insult later in the year.  On a stop at Dry Falls, Truman looked out and declared:  “Let’s put Republicans down at the bottom and turn the water back on.”

Bill Clinton may have loved Washington (and British Columbia) but voters did not always love him back. The 42nd President paid us two visits during the 1994 campaign. That November’s election saw Republicans flip six U.S. House seats in Washington state, including the unseating of U.S. House Speaker Tom Foley.

It’s enough to make somebody want to lie low.  Joe Biden did just that on one trip here as vice president. He flew in privately for a Democratic Congressional Campaign Committee fundraiser about which the local press were never told.

Joel Connelly
I worked for Seattle Post-Intelligencer from 1973 until it ceased print publication in 2009, and SeattlePI.com from 2009 to 6/30/2020. During that time, I wrote about 9 presidential races, 11 Canadian and British Columbia elections‎, four doomed WPPSS nuclear plants, six Washington wilderness battles, creation of two national Monuments (Hanford Reach and San Juan Islands), a 104 million acre Alaska Lands Act, plus the Columbia Gorge National Scenic Area.
Previous article
War Crimes Trials are for Losers: Why Holding Putin Accountable is a Long-Shot
Next article
Unionize @Starbucks? But… but… We’re Family!