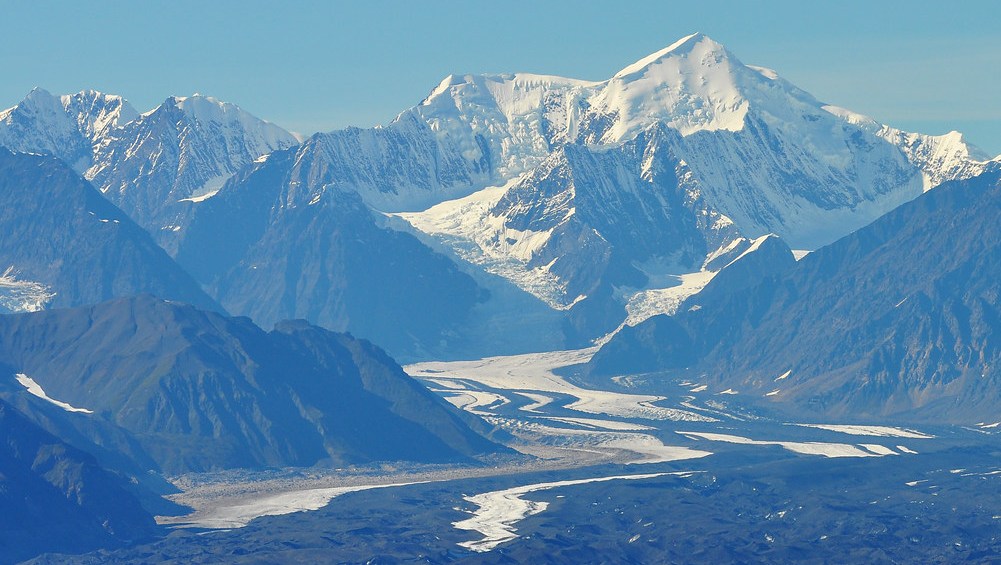 Climate Change Is Melting Permafrost on the Road to Denali

The 28 campsites at remote Wonder Lake in Alaska’s Denali National Park are among the most sought after in America’s national park system.  The lake offers views of the 18,000-foot-high north face of North America’s highest peak — the Wickersham Wall — one of planet earth’s greatest mountain walls.

Nearby, 80 years ago, Ansel Adams took his seminal picture of 20,320-foot Denali.  A couple miles up the park road, Ken Burns and his camera crew spent a rainy day with the mountain socked in, swatting mosquitos and no-see-ems.  At dusk, however, clouds broke over the Alaska Range and Denali was bathed in golden light.  It was, Burns later told me, the “super holy shit moment” of filming his PBS series on national parks.

Alas, global warming has reached this legendary place. The Pretty Rocks Landslide, slumping as much as 10 inches a day, has closed the park road at Mile 43.  The cause is melting permafrost, consequences already seen in “drunken forests” of tilting trees seen along the road.

Don Striker, superintendent of Denali National Park, explains:  “Changing climate is driving frozen ground to thaw, resulting in unpredictable and increasing landslide movement rates at Pretty Rocks that are unprecedented in the history of the park road.  We cannot safely keep up with the accelerating rate of landslide movement caused by the permafrost thaw currently occurring in association with the Pretty Rocks Landslide.”

The 92-mile park road, ending at the old mining site of Kantishna just beyond Wonder Lake, is what you used to see the spine of the Alaska Range.  Only about 30 percent of park visitors get a glimpse of “the mountain.” The odds go way up, however, for those who venture out on the park road – only 14 miles is open to auto travel – by joining tour groups, taking Park Service buses, or staying at four backcountry lodges.

We were booked at Camp Denali, a renowned nature center on a hillside above Wonder Lake, where Denali and a line of icy summits make your morning walk to the outhouse an awesome experience.  Photographers, wildlife researchers, and experts in the aurora borealis all show up each summer. So, one year, did then-first lady Laura Bush and her gal-pal hiking companions.

The Kantishna Air Taxi service, for a stiff tariff, rescued our vacation with an awesome overflight of the Muldrow Glacier and a stay at the Skyline Lodge near road’s end. Great place, fine company.  We walked back to Wonder Lake, where a fat beaver waddled across the now-deserted road. Still, our experience took place against the backdrop of climate change and uncertainty about the future of the road out to Kantishna.

As long ago as 2002, Jeff Lowenfels, garden columnist at the Anchorage Daily News, wrote: “We could adopt a new state motto in place of ‘North to the Future,’ substituting, ‘Global warming. It’s our turn now.’”  The latest sign noted in his column: It is now possible to grow okra in Alaska.

The Arctic is warming faster than any other region on the planet, even as the carbon economy runs Alaska and the 49th State’s congressional delegation has relentlessly pushed for oil and gas drilling in the Arctic National Wildlife Refuge. Anchorage recorded a record 90-degree two summers ago. Seattle received smoke from a 100,000-acre fire burning on the Kenai Peninsula.

Big burns and drunken trees are the most striking symbols.  A few years back, I rafted the mighty, muddy Stikine River as it runs through the Coast Range from Telegraph Creek in British Columbia to a terminus near Wrangell in Alaska.  I was caught out on the river, in a squally, in cotton clothes, not wise in a very wet place. Yet, three years ago, Telegraph Creek was evacuated for 102 days and partially destroyed by a forest fire.  Fires even in rainforest are “the new normal,” British Columbia Premier John Horgan said in a tour of the area.

Climate change has its most direct impacts on life in coastal native villages.  The ice pack has formed later and later in the fall.  Storms from Siberia come plowing off the Chukchi Sea onto unprotected shores.  A high school student from Shishmaref, Alaska, which sits on a barrier island in the Chukchi Sea, told a congressional panel of storm swells taking away earth beneath her house, leaving the back of the home dangling off a cliff. “It seems unfair to be giving up my home and my culture for a problem I don’t have the power to solve myself,” said Debra Hersrud.

All told, according to climate records kept by the Matanuska Experimental Farm near Anchorage, the average yearly temperature has jumped by 6.9 degrees during the past century.  The annual number of frost-free days measured at Ted Stevens Anchorage International Airport has grown by 17 days. Yet, according to Alaska Rep. Don Young, the notion that global warming is caused by people is “the biggest charade ever perpetrated” on Alaskans.

Back out on the park road, should we care about the Pretty Rocks Landslide? Regarding its cause, an emphatic yes.  Permafrost is a very big deal when it comes to the earth’s climate. The permafrost belt in the Arctic extends across Alaska, northern Canada and Russia, in Scigliano’s words, “a vast swath of ground that remains perennially frozen beneath a thin layer that thaws and refreezes each year.”

Permafrost covers nearly a quarter of land surfaces in the Northern Hemisphere, or a total 12.4 percent of the Earth’s land surface.  Tropical rainforests, by contrast, account for only 7 percent. A big melt threatens to release enormous amounts of carbon into the atmosphere. The “carbon pool” in permafrost exceeds all of the Earth’s fossil fuel reserves.

“The permafrost ringing the Northern Hemisphere contains about six times this ‘emission budget,’ the amount we can afford to add to the atmosphere if we don’t want to upend the planetary systems on which life as we know and love it depends,” writes Scigliano. When frozen ground melts, carbon-saturated water often collects in ponds and lakes. They’re called “hot spots” with good reason. They are a significant source of methane releases into the atmosphere, a major worry of global warming in the Arctic.

Local events can signal wider dangers with momentous consequences.  Drunken trees are one sobering omen.  So is the galloping Pretty Rocks Landslide.  A lot more is in need of fixing than the road across Denali National Park.

Joel Connelly
I worked for Seattle Post-Intelligencer from 1973 until it ceased print publication in 2009, and SeattlePI.com from 2009 to 6/30/2020. During that time, I wrote about 9 presidential races, 11 Canadian and British Columbia elections‎, four doomed WPPSS nuclear plants, six Washington wilderness battles, creation of two national Monuments (Hanford Reach and San Juan Islands), a 104 million acre Alaska Lands Act, plus the Columbia Gorge National Scenic Area.
Previous article
Candidate Questions for the 2021 Seattle Election: Prosecution for Misdemeanors
Next article
Candidate Questions for the 2021 Seattle Election: What to do about Homelessness