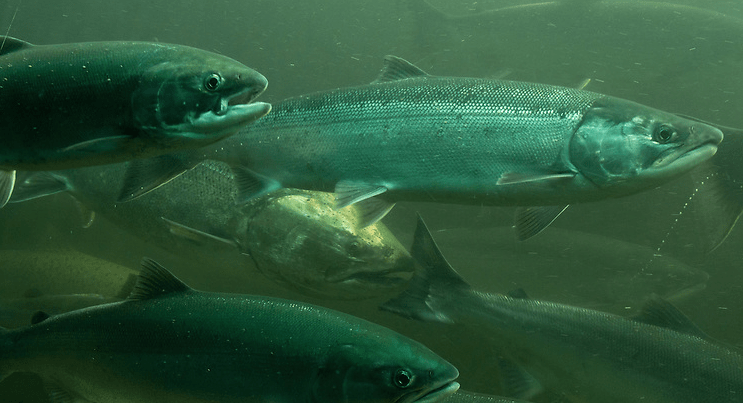 Why the Snake River Dams Need to Go

Why do changing water temperatures in the middle of the tropical Pacific Ocean make it so important to take seriously the long-debated idea of removing several significant navigational and hydropower dams 300 miles inland on the lower Snake River?

Years ago, the New York Times columnist William Safire called it the primal pulse of the planet. And he was not writing about music or earthquakes, rather about the greatest climate force in the Pacific Ocean – a rhythmic process we call El Niño.

It seems that there are no nooks or crannies in the Pacific Basin that are immune from El Niño’s effects, even the tiny streams hundreds of miles up the Snake River and the coastal bays, inlets and ocean of western North America. These are the places where our precious young salmon are nurtured in their transition from fresh to salt water.

For most of the 20th century, El Niño would regularly appear as a huge blob of super-warm water which filled the eastern half of the tropical Pacific Ocean. It often caused massive collapses of industrial fisheries off Peru and Ecuador. It also had strong links to our Pacific Northwest regional climate and the ability of young salmon to survive their perilous entry into the coastal ocean.

And then at the end of the 20th century, and likely influenced by global warming, El Niño more and more frequently shifted its center of activity along the equator several thousand miles westward. In the process, its powerful links to our coastal waters were substantially altered. It seems likely that global warming has slowly restructured this massive chain reaction, a turbulent atmospheric bridge from equatorial to North Pacific.

This new flavor of El Niño variability clearly affects the timing and intensity of the spring bloom of plankton that juvenile salmon rely on to sustain their populations. As far as young salmon are concerned, the trick is for at least some of the small young fish to hit the coastal ocean at the precise time plankton production is in full bloom. A few tasty meals are essential before they head out into the wilds of the North Pacific Basin.

Indications are that Pacific Northwest salmon are currently losing this dietary battle because their populations are not diverse enough to deal with the increasingly variable ocean conditions the restructured primal pulse throws at them.

Well, Idaho Congressman Mike Simpson has recently proposed The Columbia Basin Initiative, a $34 billion infrastructure plan for the Snake and Columbia River Basins, one component of which involves removing the earthen portions of all four lower Snake River dams. It turns out that Rep. Simpson has kicked off a larger regional conversation about the issue and how to move it forward.

One thing is clear: we can and must make space for climate change if we hope to recover and protect our northwest salmon.  It seems clear to many that breaching these four dams is the type of “big action” needed to address the big threats posed by climate change. It will help salmon in several important ways.

It will create a cooler and free-flowing migration corridor for both upstream migrating adults and downstream migrating juveniles, delivering big survival benefits by improving passage to and from some of North America’s best, intact, high elevation spawning and rearing areas that now have very few salmon and steelhead using them.

It will also free up 140 miles of the lower river and provide access to diverse freshwater spawning and rearing habitats that are currently unavailable.

Diverse, accessible and well-connected spawning and rearing habitats are a central feature in making salmon ecosystems resilient. Just as asset diversity in financial portfolios spreads risk for us, biological diversity provided by hundreds of discrete populations making use of diverse habitat options spreads the risk for salmon.

And let’s not forget the ocean. Climate change will likely make ocean conditions worse for all but the northernmost salmon populations. To give our northwest salmon better chances in a tougher ocean, they need to recover as much lost diversity as possible.

And so, yes, El Niño has massive tendrils of environmental connection to the Pacific Northwest and its iconic salmon resource. In Safire’s words, we are dealing with the heartbeat of the Pacific, a dynamic force which salmon can accommodate if only we give them the diverse, high quality habitat options needed to rebuild complex and resilient populations.

Bob Francis
Robert Francis is Professor Emeritus in the School of Aquatic and Fishery Sciences, University of Washington. He studied the effects of 20th century climate on Pacific Northwest and Alaska coastal marine resources.
Previous article
Team Washington at the Olympics
Next article
Game Changer: Aid to Families