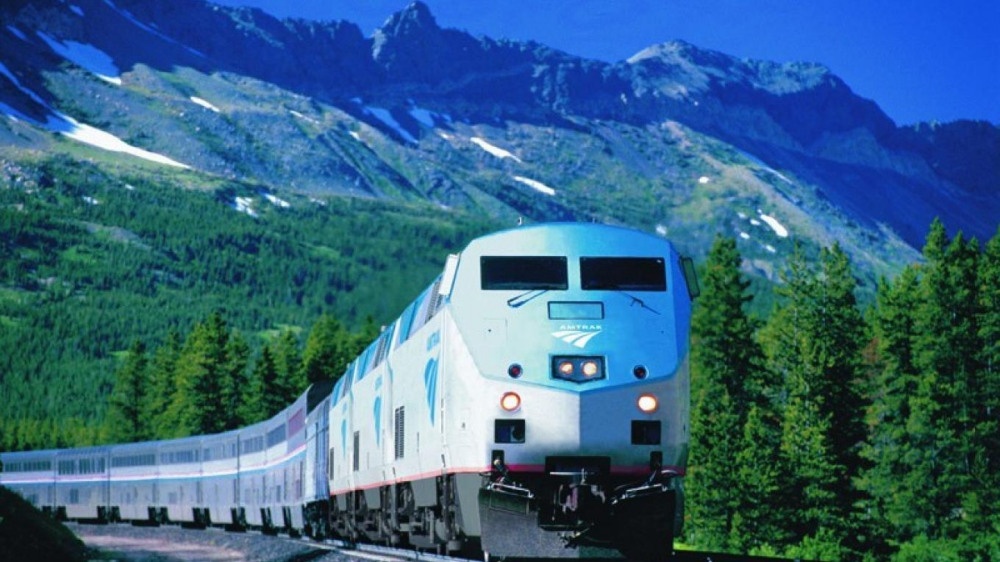 The reopening from COVID-19 is becoming a political recovery opportunity cause for Northwest political nabobs. They are taking to the sea for Alaska, riding the rails on the Empire Builder, and courting federal dollars to replace the aging, crowded U.S. 2 trestle at Everett. Emblematic was a surprising sight in the Oval Office on Monday.  A beaming all-Republican Alaska Congressional Delegation flanked President Biden as he signed the Alaska Tourism Recovery Act.  It will allow foreign-flag cruise ships to sail north from Seattle to Southeast Alaska, bypassing the federal law that requires a stop in Canada in route. Canada has banned cruise ships from its waters until Feb. 28, 2022.

“Tourism is vital to the state of Alaska – this law will help revitalize the industry and support Alaskans by allowing large cruise ships to return to the state this summer,” Biden tweeted.  The Norwegian Cruise Line has announced it will resume service on August 7, extending into mid-fall.  Royal Caribbean has said it will be sending two ships to Alaska.

The end-around was the brainchild of Alaska’s GOP Sen. Lisa Murkowski, up for reelection in 2022 and expecting a Trump-backed challenge.  She voted to convict Trump in the January impeachment trial and has backed creation of a commission to probe the January 6 U.S. Capitol insurrection incited by the former President. The legislation will “help us with our economy that has really been smacked hard by COVID-19,” said Murkowski.  An understatement: Cruise ships carried 1.9 million passengers to the 49th State in 2019.  The total last year was a meager 48, according to the Anchorage Daily News. Juneau, Ketchikan, Skagway, and Hoonah depend on summer-fall tourism.

The bypass of British Columbia has not been well-received in that province. While temporary, the fear is that Vancouver and Victoria will be permanently snubbed. Ian Robertson, head of the Greater Vancouver Harbor Authority, pegs cruise traffic value to British Columbia as topping $2 billion (Canadian) each year. The industry hopes to get reassurance next month in a phone call between Sen. Murkowski and B.C. Premier John Horgan.

Then there was a celebratory scene at King Street Station on Tuesday, as U.S. Rep. Rick Larsen and Amtrak President Stephen Gardner marked resumption of daily service on the Chicago-bound Empire Builder, along with the Coast Starlight (often nicknamed the “Coast Starlate”) and the Amtrak Cascades, even though that Eugene-Vancouver B.C. train cannot complete its previous run north to Vancouver until Prime Minister Justin Trudeau reopens the U.S.-Canada border.  The American Rescue and Recovery Act (ARRA) is paying to restore train service.

The Empire Builder has become a cause for Montana Sen. Jon Tester, a Democrat in a state swept by Republicans last November.  The train is a vital connection to towns in eastern Montana, conservative country that has voted against Tester.  Tester has also incurred the wrath of Trump, who visited the Big Sky State four times in 2018 to campaign against the Senator.

U.S. Reps. Larsen and Suzan DelBene are chiming in with a closer-to-home transportation project, a bid to put the U.S. 2 trestle near Everett atop any infrastructure package enacted by Congress.  “Given the rapid growth in Snohomish County in recent years, daily traffic is overwhelming the trestle’s capacity and resulting in heavy congestion during peak hours, increased accidents and concerns about structural longevity,” the Congressfolk said in a statement Thursday.

Asking Biden for help, even if you are an Alaska Republican lawmaker, is not bad politics.  The ARRA has showered resources on the country.  On Thursday, Biden read off a list of Republican lawmakers who voted against the Recovery Act but have subsequently claimed credit for money bestowed on their states. A notable example was crusty Rep. Don Young, R-Alaska – who once described eco-tourists as “jet-setting hippie backpackers.” Rep. Young crowed about the Alaska Tourism Restoration Act: “They counted us out but the Alaska delegation should NEVER be underestimated.”

A new survey by Public Policy Polling gives Biden a 54 percent job approval rating in Washington, with 41 percent disapproving.  The president gets a 70 percent thumbs-up in King County, and mid-50s in North Puget Sound and the Olympic Peninsula and Southwest Washington. Eastern Washington remains Trump country, with Biden on the short side of a 41-57 percent approval-disapproval rating.  The survey was conducted for the Northwest Progressive Institute, which leans left, but the survey was done by a pollster who showed dips in President Obama’s job approval with unerring accuracy.

Joel Connelly
I worked for Seattle Post-Intelligencer from 1973 until it ceased print publication in 2009, and SeattlePI.com from 2009 to 6/30/2020. During that time, I wrote about 9 presidential races, 11 Canadian and British Columbia elections‎, four doomed WPPSS nuclear plants, six Washington wilderness battles, creation of two national Monuments (Hanford Reach and San Juan Islands), a 104 million acre Alaska Lands Act, plus the Columbia Gorge National Scenic Area.
Previous article
An Early Poll in the Seattle Mayor’s Race, with one Big Surprise
Next article
A Spending Plan for Seattle’s $128 Million Federal COVID Funds