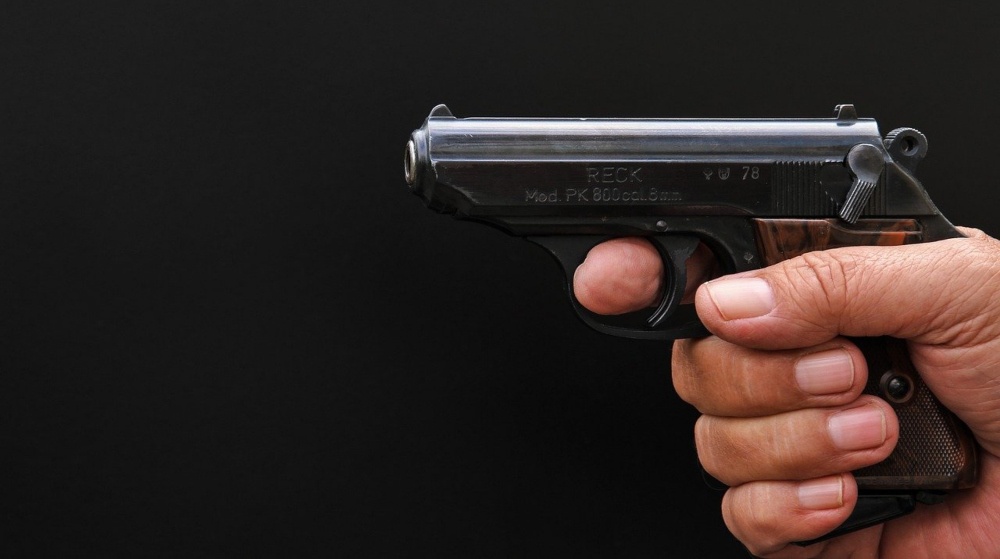 While Congress gets Nowhere on Gun Laws, States (Like Washington) Make Progress

The action, reaction, and inaction has become familiar. Multiple mass shootings across America followed by calls for Congress to legislate the issue of gun safety.  At least raise to 21 the age for purchase of AR-15’s and bring back the Clinton-era ban on semi-automatic assault rifles that a Republican Congress under Newt Gingrich refused to renew.

The facts deserve a look — 147 multiple shootings since January 1, a total of 50 (as of Sunday night) in April alone.  Two dozen are dead from a trio of massacres, near Atlanta and at a Boulder, Colorado, market and a FedEx warehouse in Indianapolis. There are as many as 10 million assault rifles in private hands, a clear sign of more carnage to come.

Washington is one state where reaction has produced action.  Our state is a model for how the cause of gun safety can turn out support, not in the U.S. Capitol’s corridors of power, but in places like Seattle’s Capitol Hill. The 1.46-mile trek down Broadway from St. Mark’s to St. James Cathedral in Seattle has been a path for pilgrimage against gun violence.  A mass march after the Sandy Hook massacre in Connecticut, in which 20 first graders were murdered – and followed by a march to the Seattle Center – marked the initial steps in an enduring gun-safety movement.  A larger march followed the massacre of 50 nightclub patrons in Orlando, Florida, with LGBTQ community leaders doing readings in the nave of Seattle’s Catholic cathedral. That path down Broadway has been site of a march for immigrant rights and against Trump’s separation of families. Peace processions took place on the eve of both Gulf Wars.

The Sandy Hook movement had staying power far longer than 1.46 miles. It grew to draw backing far beyond roots in the faith community, attracted technology wealth, found a secular setting to show its strength – the annual Alliance for Gun Responsibility luncheon at the Westin Hotel – and demonstrated how to deal with a Legislature afraid to take on the Gun Lobby. Go around it.

With the country at a teachable moment, here are Seattle lessons that can be taken to the “other” Washington:

Focused goals:  Evergreen State voters have passed firearms safety initiatives in 2014, 2016, and 2018.  Each drew a bead on one specific aspect of firearms safety. The initial initiative closed the “gun show loophole” by requiring criminal background checks of those purchasing firearms at gun shows.  The National Rifle Association used its old reliable line, the only person to stop a “bad guy” with a gun is a “good guy” with a gun.  The well-aimed rejoinder: How can you be a “good guy” if you don’t want your background checked?

Pick the ground for debate:  The second initiative, in 2016, created Extreme Risk Protective Orders, making it possible for family members, friends, and law enforcement to ask for a judge to temporarily take guns from a person(s) threatening to harm self or neighbors.  Sixty percent of the 40,000 Americans who die from gun violence each year do so at their own hand. President Biden has pledged to publish model “red flag” legislation for consideration by other states.

Witnesses as advocates: The 2018 initiative raised the minimum age for assault rifle purchase from 18 to 21 and imposed a 10-day waiting period.  Its most powerful advocate was the parent of a young man grievously injured in the Mukilteo massacre in which a newly purchased assault rifle was used to kill three of his young friends.  They were gunned down by a newly purchased gun. Initiative 1639 carried with nearly 60 percent of the vote, penetrating the “Cascade Curtain” to pass in both Spokane and Whitman Counties.

Act when lawmakers won’t:  The gun safety movement went to the voters, with all three initiatives, after the Washington Legislature refused to act. Not even Democratic control of both Senate and House could move the assault rifle age limit in 2018.  Unlike other states, we have the initiative process as a weapon, as well as the donors to quickly mount a signature campaign.  Until the COVID-19 pandemic, the Westin luncheon was a wellspring of cash that make other campaigns salivate, raising pledges in the $750,000-$1 million range.

Do not fear the NRA:  A quarter century ago, the National Rifle Association spent millions to defeat a Washington ballot initiative that would have required lock boxes to store guns and required a mandatory safety course for those purchasing firearms.  In 2018, the NRA did not even mount a campaign against I-1639. The pro-1939 campaign did not have to draw on donors, but instead simply sent 22-year-old coordinator Stephen Paolini to all corners of the state.

The NRA has fallen on hard times with bankruptcy proceedings, exposure of the lavish member-supported lifestyle of longtime boss Wayne LaPierre, and legal suits from ousted executives. It has also run into demographics — an increasingly urban population exposed to gun violence. It did boost Donald Trump in 2016 but has been on the losing side of a succession of high-profile U.S. Senate races in the West.

Of course, Washington may be a special case, with the cause of gun safety bolstered by Gates, Allen, Ballmer, Campion, and Hanauer money. Ex-New York Mayor Michael Bloomberg has also supported our initiatives, never bashful about spending ten dollars when one would do.

While gun safety goes nowhere in Congress, grass roots efforts have caught on in the states.  The March for Our Lives movement, organized by survivors of the 2018 Parkland, Florida, massacre, succeeded in raising the age for assault weapons purchase.  New Yorkers Against Gun Violence has carried its cause from high school classes to success in the state legislature in Albany. With new Democratic majorities, the Virginia Legislature in 2020 enacted Extreme Risk Protective Orders, required background checks on all guns, and protection against children accessing firearms.

Not everywhere, of course.  The 2019 El Paso gun massacre – in which 23 were killed, and 23 wounded at a Walmart store – has not stopped the Texas Legislature from fast tracking legislation allowing both open and concealed carry of guns, permit or no permit.  Longtime Seattle talk show host Kirby Wilbur, who recently moved to Texas, has taken to Facebook for celebratory posts on arms policy in the Lone Star state.

Still, with painful reminders of Café Racer, the Burlington Mall, and Mukilteo, Washington has shown how grass roots can buck the Gun Lobby.  The Republicans nominated, as their 2020 candidate for Governor, Republic, Wash., police “chief” Loren Culp, who pledged not to enforce I-1639 in his town.  He received just 25.63 percent of the vote in King County and lost badly in the state.

Joel Connelly
I worked for Seattle Post-Intelligencer from 1973 until it ceased print publication in 2009, and SeattlePI.com from 2009 to 6/30/2020. During that time, I wrote about 9 presidential races, 11 Canadian and British Columbia elections‎, four doomed WPPSS nuclear plants, six Washington wilderness battles, creation of two national Monuments (Hanford Reach and San Juan Islands), a 104 million acre Alaska Lands Act, plus the Columbia Gorge National Scenic Area.
Previous article
Why We Should Stop Calling it the Salish Sea
Next article
Ode to America’s Fastest Growing Sport