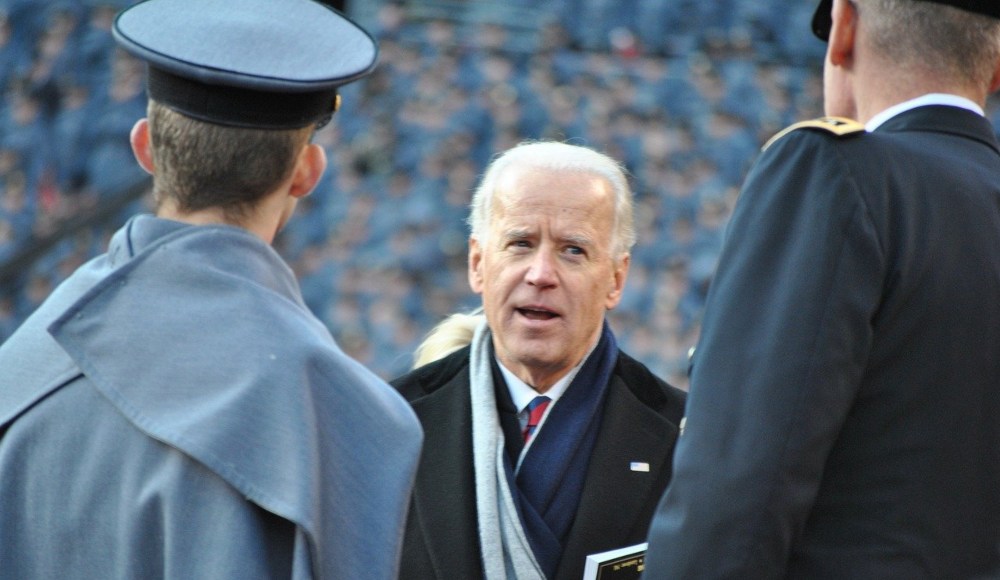 As the COVID-19 pandemic began to shut down America, and the death toll climbed, senior Joe Biden campaign strategist Anita Dunn privately discussed coronavirus’s impact on the campaign: “Covid is the best thing that ever happened to him,” she remarked.

Luck, it turned out, was on Biden’s side. Thanks to Covid, the general election became a choice between a person of empathy and a self-absorbed bully. This turn of fortune’s wheel is a fascinating nugget out of the new insiders’ account of the 2020 election: Lucky: How Joe Biden Barely Won the Presidency, by Jonathan Allen and Amie Parnas (Crown, $30).  The book is a sequel to Shattered, their 2016 journey through Hillary Clinton’s clueless campaign and her come-from-ahead defeat.

Lucky ought to find an audience in this Northwest heartland of left politics, if only for its unsettling conclusion about an “ugly truth” Democrats had to face after the election.  “To beat Trump, they had to swallow their progressive values and push forward an old white man who simply promised to restore calm.”

But events quickly overtake insider accounts on a slow book-publishing schedule. Biden has turned out to be bold, America’s most aggressively progressive president since Lyndon Johnson.  The $1.9 trillion American Rescue Plan is more than twice the size of President Obama’s undersold stimulus. It bolsters Obamacare and seeks to cut childhood poverty in half.  Biden didn’t wait around to be snookered by Republicans as did the 44th president he served as vice president.

“On Super Tuesday you got very lucky,” President Trump told Biden at their first debate.  The luck began early in the year.  The ex-vice president’s rivals for the Democrats’ center lane demolished each other.  Biden was going into the tank in Iowa, only to have the Des Moines Register withdraw a flawed poll which showed him fading fast.  Iowa Democrats then botched the caucus count, obscuring Biden’s awful fourth-place finish. Next, with an unmatched show of boorishness, Trump made Biden seem rational and appealing during that first debate.  Biden dodged a question about whether he would try to pack more justices onto the Supreme Court. Before moderator Chris Wallace could follow up, Trump butted in and allowed his challenger to escape. Biden, the challenger, appeared presidential.

Biden’s luck was, however, much his own making.  He figured early that Democratic voters, or at least 75 percent of them, did not want the leftist “revolution” promised by Bernie Sanders.  “It wasn’t just the party elites who didn’t want Sanders,” write the authors. “Most of the party’s voters didn’t want [Sanders], either.” Biden was able to become the “process of elimination” nominee. “Knowing who he was, and where he wanted to be politically, allowed Biden’s campaign to capitalize on this when luck ran his way — such is is a key conclusion of Lucky.

The party’s voters, and America’s electorate, rarely intrude in this backroom account.  Absent are galvanizing moments from the trail, such as Bill Clinton coaxing from an elderly Portsmouth, N.H., couple that they had to crimp on groceries to afford their drugs.  Or the rural South Carolina town hall that gave birth to Barack Obama’s slogan, “Fired up and ready to go.” Or, in 2020, the reasons why Trump scored above his poll numbers when Americans went to the voting booths.

Still, stories from backstage are fascinating and, at times, unflattering.  We learn that Kamala Harris can be a difficult person to work for.  Hillary Clinton briefly thinks of jumping in the race. Before a roomful of African-American business leaders in New York, ex-President Obama speaks barely a word about his ex-Veep while praising Elizabeth Warren to the skies.  Obama discounts Pete Buttigieg: “He’s 38 and looks 30. He’s the mayor of a small town. He’s gay, and he’s short.”

During the Democrats’ virtual convention, the plan was to mark with a star where each party luminary was speaking from.  The organizers found, however, that multiple speakers were holed up at Martha’s Vineyard, playground of the East Coast elite. The Obamas were on the island. We learn that Obama waited four-plus days after the general election to call and congratulate Biden, the call coming only after TV networks called the race. We learn about tensions between advisers who have been with Biden for 40-plus years, and new staffers recruited to make the campaign look young.  The campaign’s initial, overmatched manager, Greg Schultz, is shoved aside as his replacement, Jennifer O’Malley Dillon, arrives and installs Obama veterans in key positions. Schultz soldiers on, and my guess is that he is a major source for the book.

Bad people make appearances, none more than the sexist “Bernie bros” and “Sandernistas” who used scorched-earth tactics against Bernie’s rivals for the nomination. “The most visible ringleader was communications specialist David Sirota, an over-the-top political reactionary who spent much of his time on Twitter attacking fellow Democrats to help clear a path for his candidate,” the authors write.   Biden took the high road, but the campaign paid Sirota $150,000 for his dirty work.

Authors Allen and Parnes have one annoying habit.  At key moments, they put italicized thoughts in the heads of their principals, even Donald Trump.  “Obviously we are not able to read minds,” they write in an afterward, but there are “documents that suggest what a person was thinking.” Such as Trump asking himself, “How the hell can they do that?” when Fox News calls Arizona election results for Biden.  They authors spend considerable time imagining they are in Elizabeth Warren’s head in the hours before she destroyed Michael Bloomberg in a Las Vegas debate.

The book gets right the overnight turn of events that turned the Democratic nomination. Biden is on the ropes – and broke. He has lost in three states going into the South Carolina primary, where a majority of voters would be African-American.  Influential U.S. Rep. James Clyburn has yet to endorse.  Clyburn corners Biden in a bathroom during a break in a Charleston candidates’ debate.  Biden is reminded of a months-ago promise that he would name a black woman to the U.S. Supreme Court.

Biden goes back on stage and makes the promise.  “This wasn’t offered as a condition of Clyburn’s endorsement, but it was an expectation,” Allen and Parnes write. Clyburn came through with an emotional and pivotal Biden endorsement the next day.  Biden wiped the floor with his competition. Buttigieg and Sen. Amy Klobuchar dropped out the next day and backed Biden on the eve of Super Tuesday.

The authors correctly point to a key factor in deciding the general election — Trump’s erratic response to the COVID-19 pandemic and lack of empathy for the victims. Returning from his own hospital stay with the virus, Trump strutted back into the White House, dramatically whipped off his mask on the balcony and said he was “feeling great.” The authors observe, “Trump couldn’t get out of his way long enough to allow a positive narrative – like the president recovering from a potentially fatal disease – to take root before he burned it down.” A key advantage for Biden: His opponent was a guy who could strut sitting down.

Lucky does not cover Trump’s attempt to overturn the election but makes a salient and sobering point.  The overall vote totals were not close, 81 million for Biden and 74 million for Trump.  But a switch of just 42,918 votes in Wisconsin, Georgia, and Arizona would have delivered an electoral college victory to Trump. That margin is closer than the 77,000 votes that, if flipped, would have given the 2016 election to Clinton.

Loose lips, long speeches, and gaffes sank two previous Biden presidential bids.  He was a man who not only killed time but could torture it. In a much-told story, freshman Sen. Barack Obama was listening to his Delaware colleague go on-and-on during a Senate Foreign Relations Committee hearing. Obama scribbled a note to the aide sitting behind him.  It read: “Shoot me.”

All of us learned from the crises of 2020, the spreading pandemic and a nation’s reckoning with racism. Biden responded by showing a a self-discipline that eluded him through 48 years in federal politics.  The public was able to see a person of decency, humanity, and empathy. He wasn’t Trump, which was enough for the voters.

As it turns out, we elected a president ready for the moment. That’s being lucky.

Joel Connelly
I worked for Seattle Post-Intelligencer from 1973 until it ceased print publication in 2009, and SeattlePI.com from 2009 to 6/30/2020. During that time, I wrote about 9 presidential races, 11 Canadian and British Columbia elections‎, four doomed WPPSS nuclear plants, six Washington wilderness battles, creation of two national Monuments (Hanford Reach and San Juan Islands), a 104 million acre Alaska Lands Act, plus the Columbia Gorge National Scenic Area.
Previous article
Biden and Rapinoe team up for Pay Equality
Next article
Will we Miss the Pandemic when it’s Gone?