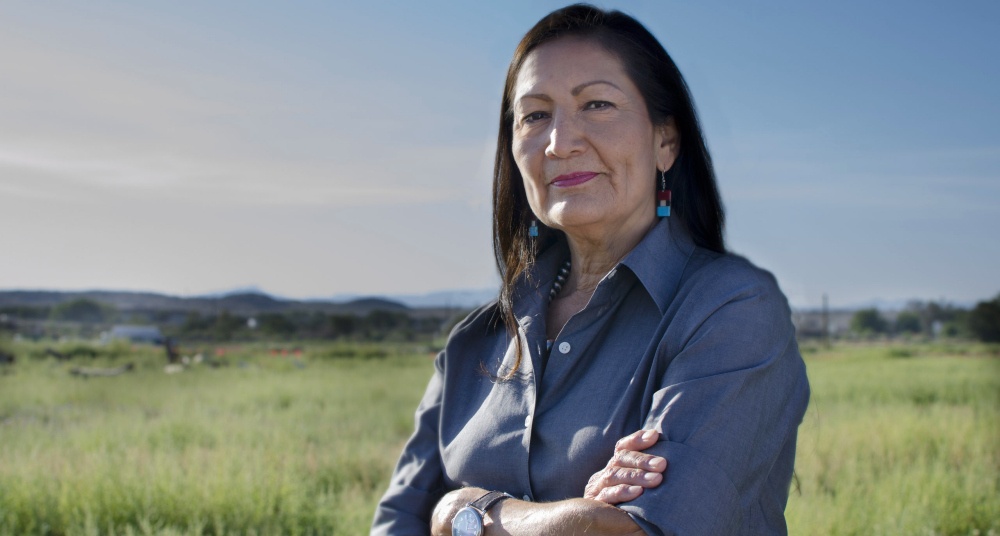 The U.S. Senate by a 51-40 vote on Monday confirmed Rep. Deb Haaland, D-New Mexico, as the first Native American to serve as U.S. Secretary of the Interior and overseer of vast tracts of public lands mainly in the West. But Haaland is certain to remember the last vote she cast in the House, to approve the Biden administration’s $1.9 trillion American Rescue Plan, which contains a whopping $31.2 billion for the country’s tribal governments and native communities. Most of the money will go straight to Indian Country, topped by $6.094 billion for Indian health programs and $1.5 billion for testing, tracing, and mitigating impacts of the COVID-19 pandemic.  It provides $600 million for vaccine-related activities.

“This historic funding is a down payment on the federal government’s trust responsibility to native communities,” said Sen. Brian Schatz, D-Hawaii, who chairs the Senate Indian Affairs Committee.

Senate Republicans have criticized the American Rescue Plan as going far beyond impacts of the pandemic, and with Indian County, they may be right.  The plan puts up money for long-neglected health and health-infrastructure programs.  It will spend $600 million for support of tribal health-care facilities and infrastructure, and spend $140 million for information technologies, telehealth, and electronic health records infrastructure. The plan sets aside $84 million for urban Indian health programs, and $10 million for potable water delivery.  The program boosts money to run and fund emergency grants to Native American communities whose language revitalization and maintenance programs have been disrupted by the COVID-19 pandemic.

The Bureau of Indian Education would get $850 million in education relief money, money that will go directly to the BIE rather than being funneled through the U.S. Department of Education.

“This confirmation puts us on a new path to putting science first, tackling the climate crisis head on, preserving public lands, and recognizing the role we all play in stewardship of our lands and waters,” Sen. Maria Cantwell, D-Wash., said in a statement. Sen. Daines tried to block Haaland, and rounded up Fox News-style rhetoric to stigmatize her.  “I’m deeply concerned with the Congresswoman’s support on several radical issues that will hurt Montana, our way of life, our jobs and rural America,” said Daines.

Haaland is, on her mother’s side, a 35th generation New Mexican.  She will be the 54th Secretary of the Interior and the first Native American to be a Cabinet secretary. She is a member of the Laguna Pueblo in New Mexico. Interior oversees 574 federally recognized Native American and Alaska Native communities. “It is long past time that an American Indian serve as the Secretary of the Interior,” said Fawn Sharp, president of the National Congress of American Indians.  Sharp heads the Quinault Indian Nation in this state.

Haaland succeeds David Bernhardt, the former oil lobbyist who headed the Trump Administration’s efforts to open the Arctic National Wildlife Refuge to oil and gas drilling, and to expand mining and drilling on Arizona lands considered sacred by Native Americans.  The Biden Administration is committed to restoring two national monuments in Utah that were eviscerated by the Trump Administration. Haaland will be sworn in on Wednesday.