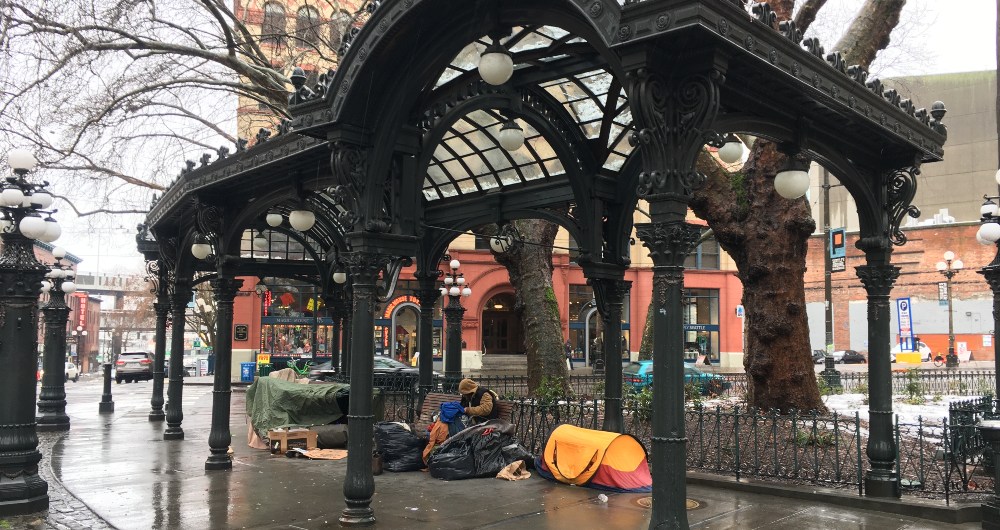 Some Basic Steps to Reclaim Seattle Parks from Tent Encampments

At least five times a week I take a long walk in one of our wonderful city parks. The exercise, fresh air, and occasional wild-life sightings help to clear my head and maintain some semblance of physical and mental health during these dark times. I am not alone. On this morning’s hour-long walk in a cold rain, I passed 64 others in the park, the vast majority of them women and small children. On days when even a trace of sunshine breaks through, the numbers are much higher.

The pandemic has made many of us more aware of how important our park system is, not only for our well-being as individuals, but to our sense of community. We value the parks as Seattle’s common ground, open to everyone, no matter their circumstances.

But today that is no longer true. There are many Seattle neighborhoods in which our fellow citizens don’t have the life-sustaining access to parks that my neighbors and I enjoy. Some neighborhoods didn’t have enough parks to begin with, and the limited park space they have has been taken over by tent encampments.

Ironically, our elected leaders enabled these occupations of our parks in the name of social justice. Their reasoning, as I understand it, was that Gov. Inslee’s order to “shelter in place” during the first days of the pandemic meant that homeless individuals who were then living in the parks should be able to remain there undisturbed. There was logic in that viewpoint last spring, but it has long since evaporated. The encampments that existed in the parks and greenbelts at the beginning of the pandemic were small and hidden and usually didn’t prevent other members of the public from using their parks. But in the months since the encampments have mushroomed tenfold with newcomers who cannot claim they are simply sheltering in place.

Our Park Superintendent estimates that roughly 12 percent of our city’s parks have encampments large enough to discourage or prevent use by other park visitors. Most of those parks are in dense areas of the center city, where most residents are enduring the pandemic in apartments that don’t have back yards. Those families and individuals are dependent for fresh air and exercise on the parks nearby their homes, parks that are now filled with tents.

For those many of us who believe in social justice, the current policy of benign neglect is a double-barreled failure. It is neither just nor progressive to deprive families and individuals of their ability to use their parks as they were intended to be used. Nor is it just and progressive to leave the people in those tents — some of whom are suffering from physical disabilities, mental illness and addictions — to sleep in tents through a long and rainy Seattle winter.

Social justice demands we do better on both counts. It will not be easy. We did not come to this predicament overnight, and we will not find our way to higher ground quickly or cheaply. But for the good of the entire community, we need to find our way. Here are some steps toward that goal:

The Mayor and Council must clearly articulate a strategy to end the epidemic of homelessness that is jeopardizing everything else we are trying to achieve as a community. It has been several years since homelessness was declared an emergency by a previous Mayor, yet most Seattle residents still do not perceive that City Hall has any coherent plan to meet the challenge, and the tents in the parks seem to be evidence that no such plan exists. We need a strategy that mobilizes the entire community to achieve the goal of restoring homeless individuals and families to full participation in the life of the community and preventing others from becoming homeless. The Mayor must then identify a leader who will be in charge of implementing that strategy and hold that leader accountable for making progress.

The city government must also renew its commitment to restore our parks so that all Seattle residents can use them for the purposes for which they are intended. As part of its comprehensive strategy, the city government should announce its intent to phase out the tent encampments and then to enforce the long-standing regulations that have prohibited camping in the parks. The phase out of the existing park encampments should be accomplished through the following measures (some of which are already underway, but under-resourced):

These are the obvious first steps to meet the twin crises evident in our parks. A more complete list of actions will need to be created, and it must be forged by those most affected: by the families and individuals in the city neighborhoods who have been unable to use their parks for their intended purposes; by individuals who have experienced homelessness; by advocates for the mentally ill, and chemically addicted; and by the dedicated individuals who are working to reform the systems that have badly failed to protect both our parks and those who have pitched their tents within them. 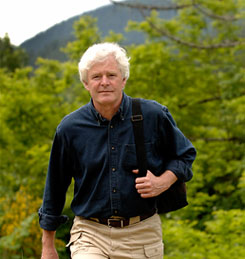 Tom Byers
Tom Byers, who is a member of the Board of Seattle Parks Commissioners, is public affairs consultant and served as deputy mayor to two former mayors.
Previous article
The Virus Inside the COVID Relief Bill: A Copyright Bomb
Next article
Now Our Machine Overlords Can Dance!