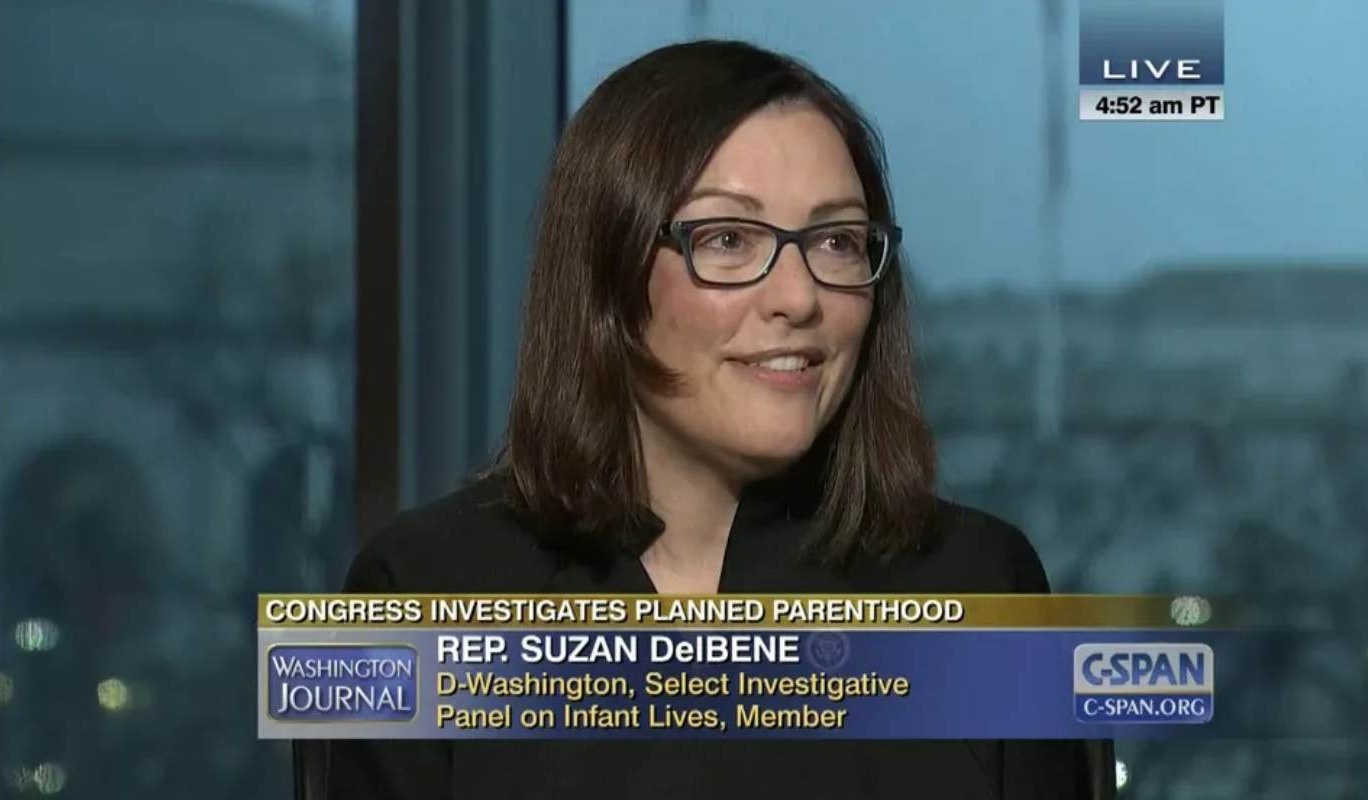 U.S. Rep. Suzan DelBene, (D-8-Wash.), is the new chair of the New Democrat Coalition, the leading group of party moderates in the House of Representatives, and home to members from “purple” districts where Democrats lost seats in last month’s election.

The state of Washington now has House members who represent the party’s bookends in the 117th Congress.  Rep. Pramila Jayapal, (D-7-Wash.), is co-chair and Cable TV star for the left-of-center Congressional Progressive Caucus. Jayapal has continued to champion such causes as Medicare for All, even with a center-left Biden-Harris administration taking office in 50 days.

The more low-key DelBene was singing a different tune Tuesday after her re-election in early November. “One of the top things I hear from constituents is that they want governance to work again,” she said.  “After years of gridlock and obstructionism, I’m focused on getting a ‘yes’ on the biggest issues before us including pandemic relief, better health care for all Americans, getting the middle class back to work with living wages, and investing in new, green infrastructure.”

DelBene succeeds a Washington neighbor, Rep. Derek Kilmer, (D-6), as chair of the moderate Democratic group. A technology executive and former Microsoft vice president, DelBene reached deep into her deep pockets to win election in 2012.  Two years earlier, before redistricting, she lost to Republican Rep. Dave Reichert in the adjacent 8th District. DelBene’s husband Kurt, a Microsoft executive, was at one point called in to rescue the gremlin-plagued rollout insurance options under Obama’s Affordable Care Act.

The 1st District, which DelBene represents, was designed to be a classic “purple” constituency.  It stretches from the Snoqualmie River, and the technology centers of Redmond and Kirkland, north through the eastern, rural areas of Snohomish, Skagit, and Whatcom Counties to the Canadian border.  DelBene has held the seat by piling up big majorities in King County, while continuing to lose rural precincts in Whatcom County. She has won plaudits for constituent service, notably in laying hands on needed resources in response to the 2014 Oso landslide.  A gargantuan log, decorated with a “Del Bene for Congress” sign, sat along the main drag in Republican Darrington for the campaign that fall.

But few House members have chosen words so carefully. DelBene has shown eloquence but once, when she was assigned to a House Judiciary subcommittee, filled with arch conservatives, assigned to “investigate” Planned Parenthood after release of doctored tapes allegedly showing PP executives dealing in body parts.  DelBene called a smear a smear, especially after a state analysis fully exonerated the local Planned Parenthood.

DelBene relinquished her seat in the polarized Judiciary Committee when she joined the tax-writing House Ways & Means Committee.  Jayapal sits on Judiciary, and she was one of its first members to call for an impeachment investigation.

Rep. Conor Lamb, D-Pa., who was narrowly reelected, unburdened himself to the New York Times, discussing high-profile colleague Rep. Alexandria Ocasio-Cortez, whose New York district is as safe as Jayapal’s. “She can put her name behind stuff and that’s I guess courageous, but when it’s a damaging idea or bad policy, like her tweeting out that fracking is bad in the middle of a presidential debate when we’re trying to win western Pennsylvania -– that’s not being a team player. And it’s honestly giving a false and ineffective promise to people that makes it very difficult to win in the areas where President Trump is most popular in campaigns.”

The faceoff between left and moderate Democrats popped up in the D-vs.-D. contest to replace retiring Rep. Denny Heck in Washington’s 10th District.  DelBene, Kilmer, ex-Govs. Locke and Gregoire, and former Rep. Norm Dicks lined up behind ex-Tacoma Mayor Marilyn Strickland.  Jayapal funneled PAC money into the rival campaign of Beth Doglio.  About $400,000 of it went into anti-Strickland mailings.

Even in Washington’s 2020 Democratic primary, spending almost no money, the pragmatist Joe Biden won out over socialist Sen. Bernie Sanders. Sanders drew 17,000 people to the Tacoma Dome for a pre-primary rally, but his fervent following didn’t deliver the votes.

Washington’s congressional delegation used to be renowned for its harmony. Monthly, bipartisan breakfasts were used to divvy up responsibilities on issues vital to the state.  As recently as 2015, Democrats Heck and Sen. Maria Cantwell teamed with Republican Reichert in successfully reviving the U.S. Export-Import Bank, vital to Boeing jet sales and a lot more.  Boeing staged a bipartisan celebration back home.

Will DelBene, Jayapal and other state colleagues break bread together now that fissures are opening in the House Democratic caucus?