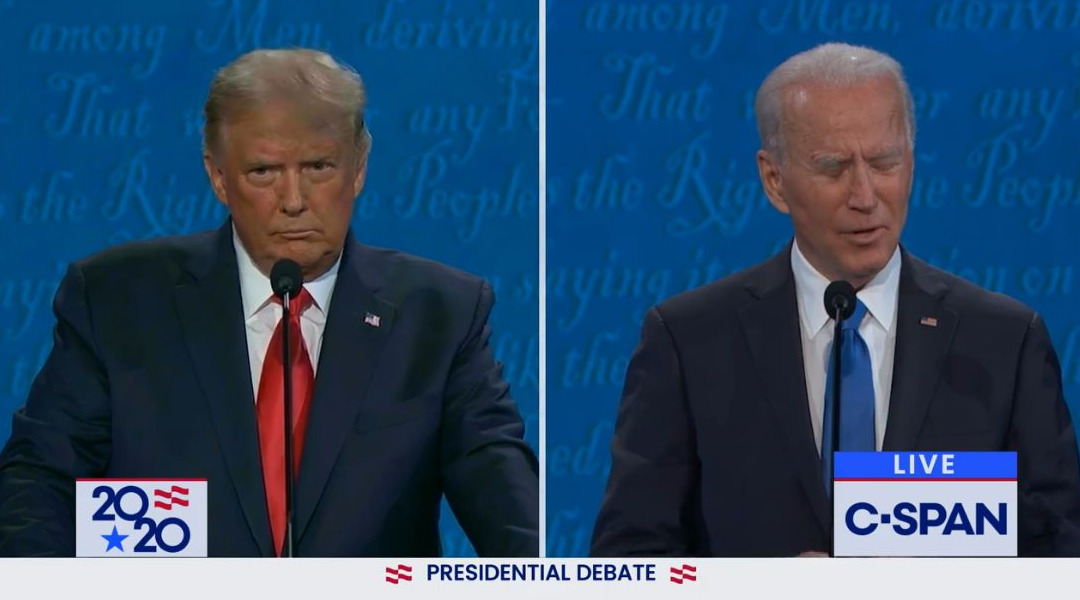 Trump needed a Sounders’ Will Bruin on his team. He didn’t get one, and had to settle for a draw. OK, so it’s a stretch, in search of a metaphor for a presidential debate in the ensuing Sounders-Timbers soccer match. Frankly, the game was more interesting, particularly the last few minutes.

Like a soccer match, it had two halves. At exactly 45 minutes in, the debate took a new cast. Trump did well in the first half, but at 6:46 p.m. he began seriously talking over moderator Kristen Welker, and it became apparent he had run out of attack cards. He played the Hunter Biden card over and over, but one suspects the audience was confused more than impressed. At 6:47, Welder turned to the Affordable Care Act, aka Obamacare, and Trump was finished for the night. He tried in vain to deflect to fracking and something to do with terrorists, and Biden just smiled that wide, genuine smile. Trump went to his bullying smirk, and Welker began to maintain a semblance of equal time.

The second half belonged to Biden; it was played on his turf. Biden talked of kids “torn from the arms” of parents; Trump went on about coyotes and cartels, murderers and rapists. Biden promised a “path to citizenship” for millions and preservation of DACA. It went downhill from there, Trump declared himself “the least racist person in the room” and appeared totally incoherent on climate change.

If a viewer watched only the first half, some would credit Trump with what was, for him at least, a responsible and sometimes truthful performance. Biden was slow to respond, scoring few points.

The second half, Biden became the Sounders, faster off the ball and challenging the Portland defense. He closed with a Will Bruin score, emphasizing that the race was about “the character of the country.”

I doubt that many votes were changed; polling shows few voters to be undecided, and many totally locked in on their choice. But Trump needed a win, Biden could settle for a tie, even in stoppage time.

Floyd McKay
Floyd J. McKay, emeritus professor of journalism at Western Washington University, covered Pacific Northwest politics as a reporter and opinion writer for four decades, primarily in Oregon. He was commentator/news analyst at KGW-TV (King Broadcasting) from 1970 to 1987. Previously a print reporter, he returned to print and online reporting and commentary from 2004 to 2017 with the Seattle Times Op-ed page and Crosscut.com. He is the author of Reporting the Oregon Story: How Activists and Visionaries Transformed a State (Oregon State University Press, 2016). He lives in Bellingham.
Previous article
Trump Do-Over Is No Better; and a few Thoughts on The Lt. Gov. Debate
Next article
The Real Winner: Kristen Welker